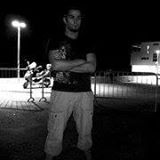 Studied at: Polytechnic of Rijeka - 5 years

Languages: Croatian, English, (in process of learning Norwegian...). After that, planning to learn Swedish and German.

Hoby: Working with computers, photography with my Nikon D3100 DSLR