What is the Run prompt equivalency in Linux?

In Windows, there is the Run prompt, which you can access with Win+R key. 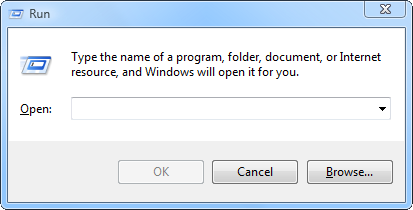 What is the equivalency to this in Linux? Is there even such a thing or is the Terminal the main prompt you would use in Linux for the type of tasks you normally use the Run prompt for in Windows? 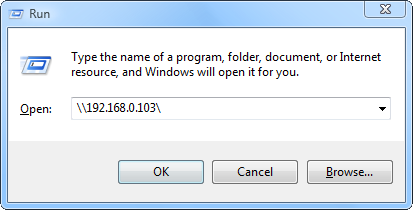 Where do you type in UNC paths and how do you access them on Linux? What do I have to consider if the remote is a Windows based computer? Do I have to spend a day or two configuring things or will it just work out of the box? You know... SMB, Samba and all that.

This depends on which desktop environment you are using.

In GNOME, KDE, Unity and Xfce the default keyboard shortcut for the run prompt is Alt + F2.

While the desktop environments might not support UNC paths, they generally do understand URIs. Since in this case you want to access a Windows SMB share, the corresponding URI scheme is smb, yielding an URI like smb://192.168.0.103.

Generally you should be able to pass an URI like this to xdg-open, either in the run prompt or in a shell running in a terminal emulator, and have xdg-open open the specified URI in the preferred application associated with the particular URI scheme:

In the case of GNOME, which is the default desktop environment in Debian, this would, by default, be the Nautilus file manager. Unfortunately it seems that there is a possible bug with xdg-open, which prevents the opening of SMB shares, unless they have been mounted beforehand. This should be handled by the Gnome Virtual File System (GVFS) automatically, but for some reason it might not work with xdg-open.

As a workaround, you could pass the URI directly to nautilus in the Run prompt (or shell). Alternatively you could open the SMB share via the Connect to server dialog in Nautilus (File > Connect to Server) or type the smb URI in the Location bar (Go > Location or triggered via the keyboard shortcut Ctrl+L).

Under most window managers you get a similar prompt by pressing Alt + F2.

It depends on your environment, if you can enter UNC/URLs/paths or only real commands which start a program (in this case you can use xdg-open as the program and give it the URL/path as a parameter).

Not the answer you're looking for? Browse other questions tagged samba command desktop-environment or ask your own question.

10
How do I access my Windows administrative share from Linux?
1
How to configure Samba to use Windows's login ID?
3
Samba shares are read-only from both Windows and Linux
0
How can I mount from CentOS7 a drive shared from a home router using Samba?
3
Samba access is denied in windows
8
Windows clients will not refresh Linux samba file locally if reading file at intervals <= 10 seconds