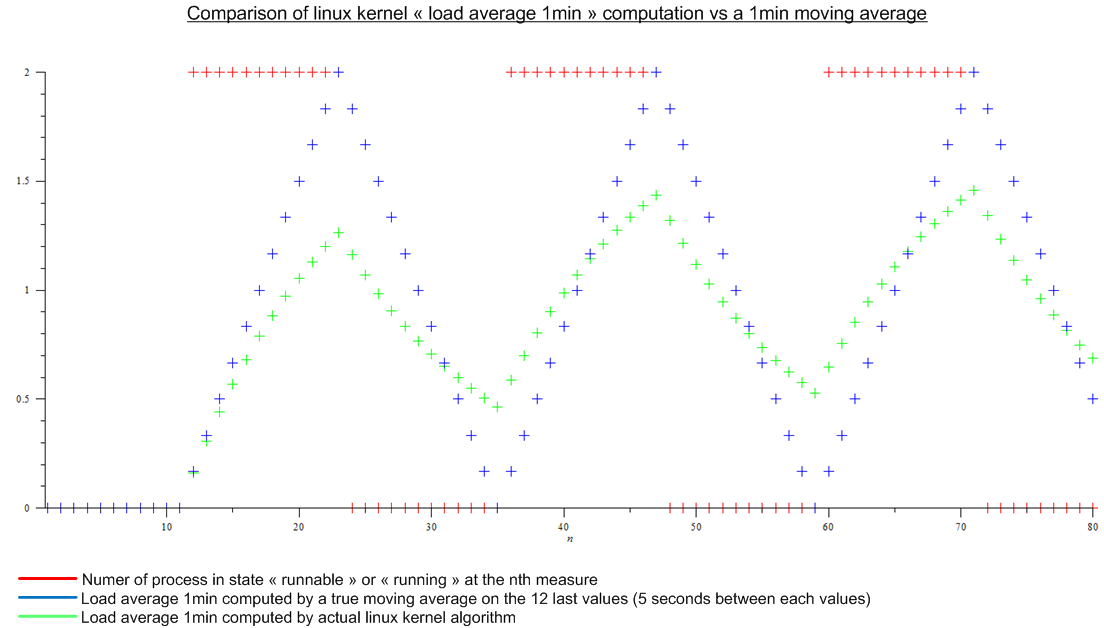 There is a huge difference.

Finally my questions are:

This difference dates back to the original Berkeley Unix, and stems from the fact that the kernel can't actually keep a rolling average; it would need to retain a large number of past readings in order to do so, and especially in the old days there just wasn't memory to spare for it. The algorithm used instead has the advantage that all the kernel needs to keep is the result of the previous calculation.

Keep in mind the algorithm was a bit closer to the truth back when computer speeds and corresponding clock cycles were measured in tens of MHz instead of GHz; there's a lot more time for discrepancies to creep in these days.

Not the answer you're looking for? Browse other questions tagged linux kernel monitoring load algorithms or ask your own question.

2
Why is Linux load average reported as the exponential moving average?
20
How is the "load average" interpreted in "top" output? Is it the same for all distributions?
12
Any utility to find source of system load / load average for a certain period?
4
Reset Load Averages?
0
How to get smaller resolution of load average (<1 minute)