suppress rsync warning: some files vanished before they could be transferred

I get loads of warnings when backing up my running Postfix and Courier server files like:

How do I suppress those warnings from rsync when running it from Cron /usr/bin/rsnapshot hourly?

Can I somehow exclude those dirs?

the tmp folder can be deeper as well, for example:

Unfortunately, unlike what is described in SWdream solution, --ignore-missing-args has no impact on vanished files. It will simply ignore source arguments that doesn't exist.

The "official" way of ignoring vanished file is to use this script from the official rsync source repository: https://git.samba.org/?p=rsync.git;a=blob_plain;f=support/rsync-no-vanished;hb=HEAD

which is very similar to what @kenorb and @gilles-quenot said.

The reason is these files were existing while rsync is building the list of files to transfer but they are removed before transferring.

It is a warning massage, not an error. However, you should try to find out why these file was deleted, it is maybe important.

You can use rsync's exclude switch (--exclude):

Specified this way --exclude '**/tmp/' will ignore any path which includes the string /tmp/. You can provide patterns to this arguments as well.

Will exclude on paths of the form: /path/to/*/tmp/.

The error means that rsync can't find the files anymore which were existing while building the list to transfer. These vanished-file errors happens when a file was initially found to be present and later is no longer there. In some cases it also happens when the source files are corrupted or have invalid characters in the name (so fsck is advised).

Basically this is a warning, not an error, so nothing to worry about, since the state of each destination file reflects a state that the corresponding source files during the run.

If it is causing problem because of exit value is non-zero, this can be solved by the following wrapper script (source):

or by the following workaround script (source):

which basically exists with the same error codes as rsync if rsync fails.

This is further discussed in: Bug 3653 - Reduce the need for the "vanished files" warning

Or simply (with modern bash):

My answer might be a special use case but I felt it was worth noting, so people don't lose data if they fall under this case.

I was getting that message for several files whilst performing a routine backup of drives via rsync.

I performed a System Check on the disk and it turns out there are issues with the drive (allocation/file corruption etc) and recommended a backup + restore + reformat.

So before you go out an suppress or ignore the message outright, it might be wise to just run a health check on your drive just to be safe.

Remember that if file system is case-dipendent you may have to account for this.

Not sure which system you're using but I believe this is related to the mount options of your disk. On Linux this happens if I set the mount options to User Session Default. It resolves when I disable it and rsync completes without any errors. 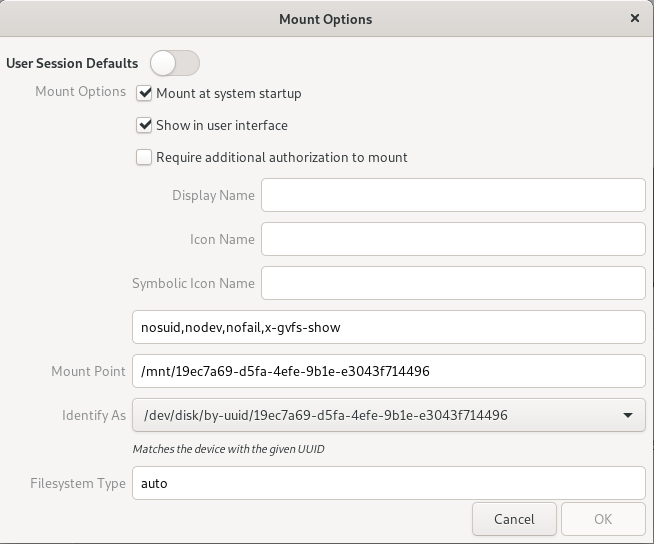 Not the answer you're looking for? Browse other questions tagged rsync or ask your own question.