[Disclaimer: I was initially a little nervous about posting this here, so I asked on Meta if discussing homebrew / modding was acceptable. Based on the response I've gotten from several veteran members, I've gone ahead and posted this thread. Here is the link on Meta.]

I'm currently trying to mod my original Xbox using xboxhdm and ndure 3.0. xboxhdm is built around a small bootable Linux distro, and it's giving me fits, so I figured that I'd ask here and see if anybody could give me a hand. (Note: Before anybody suggests a different board, xboxhdm boots from CD on a PC - the Xbox hardware is completely uninvolved in the process, so that's why I'm asking here.)

The PC I'm using is relatively old - it's an old Compaq desktop with about 512mb RAM and a 2.5ghz processor (likely a P IV). I'm using it because it has 2 IDE ports on the motherboard. The age of the computer shouldn't be an issue, performance-wise - the xboxhdm + ndure hack has been around for years - it was designed to run on such hardware.

Anyway - at one point in the process, I have to copy some files from the CD to the Xbox hard drive (which is a standard Seagate IDE drive, powered by a Molex). About halfway through the copy, everything just dies... I get an unable to handle kernel paging request error, and eventually a kernel panic.

I couldn't find anything about this error and how it specifically relates to Xbox modding, but what information I could find suggested that I might have a bad stick of RAM. I've not been able to test this yet, but I'm going to run MEMTEST as soon as I get home.

I don't have the setup with me - I'm at work, and it's at home - but if anybody's interested in lending a hand, I'll take pictures tonight and post them up. The only reason that I'm asking here is because I'm still a fairly new *nix convert, and I'm not quite sure how it all works. I'm assuming that unable to handle kernel paging request is a fairly standard error message, too... correct me if I'm wrong. 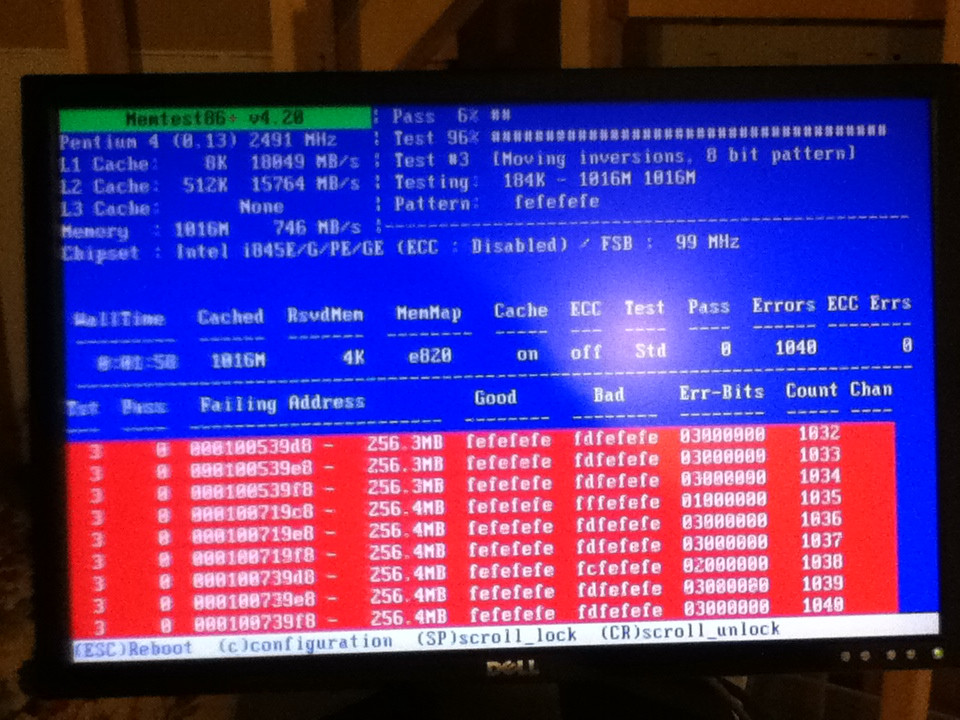 Well. How's that for fried RAM? Guess that was the culprit, after all.

I'm pleased to report that, after removing the defective stick, everything is going quite smoothly.

5
Misleading explanation of Virtual Memory in TLDP
1
How does kernel swapping / INT 13h interrupts work?
3
How does a bootloader and kernel interact after the kernel is loaded in memory?
2
Is the Linux kernel affected by paging?
2
Remove the new kernel
39
How to switch arch linux to lts kernel?
2
Capturing kernel error/stack trace after running a command in bash
26
Is this how Linux paging should behave?
1
Custom Build - Unable to mount filesystem