Postfix: force local users (PHP) to use the SMTPD for outside recipients

My server has been hacked and was sending lots of spam over the Internet. The first thing I did is shutdown postfix, close the outgoing port 25 and take the time to clean the website, the postfix queues, and to re-setup postfix completely.

I enabled lots of restrictions on the Postfix SMTPD, like forcing SASL authentification and TLS.

But I'm just thinking, PHP mail() function doesn't care about SMTPD, because it calls sendmail, whose emails end in the maildrop queue, and finally in the incoming queue (and bypass all of my SMTPD protections).

I made a small sketch of Postfix daemons and queues for myself, in order to understand better how it works. 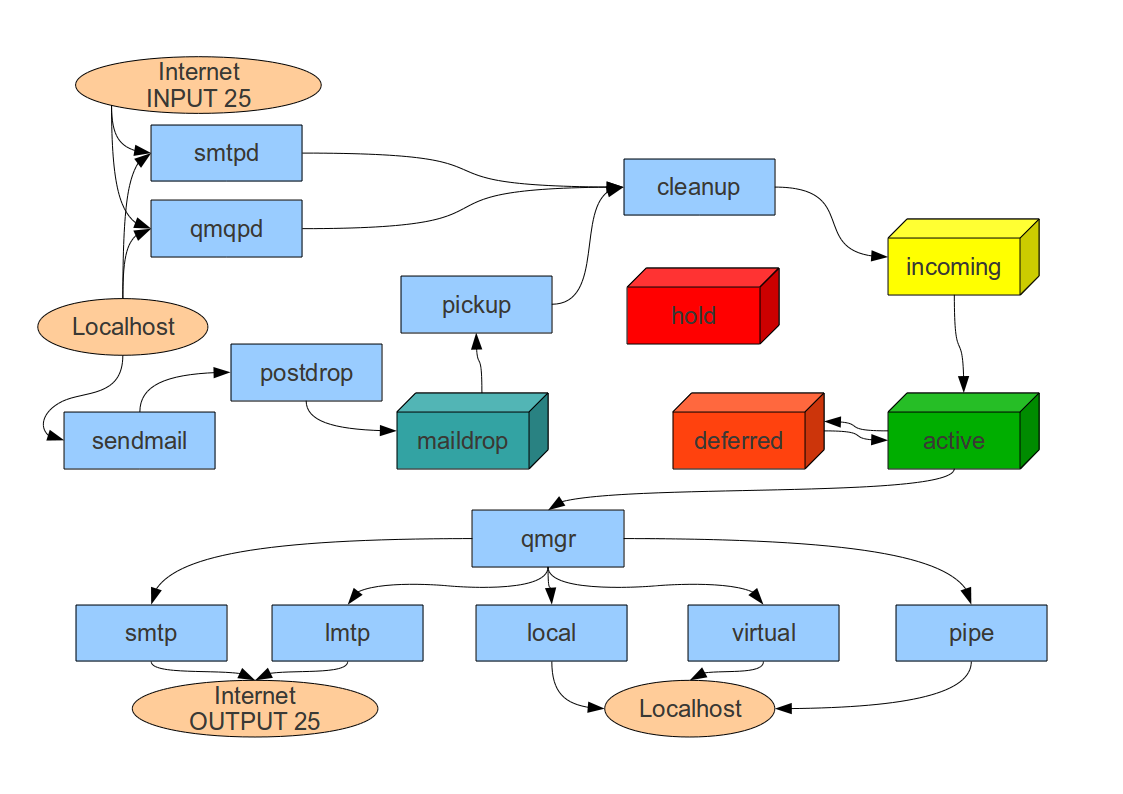 My aim is that at the end, users have no other choice than contact local SMTPD directly, thus forced to login thanks to my smtpd_client_restrictions = permit_sasl_authenticated, reject configuration.

This is only a partial answer.

Here is how to decide which local user is allowed to use sendmail.

This is only a partial answer to my question, because this completely removes access to sendmail and mail command for non-listed users, which is not what I wanted to do.

I wanted that every one can use sendmail, but only for local recipients.

Not the answer you're looking for? Browse other questions tagged postfix sendmail maildrop or ask your own question.

1
Postfix: Can I configure it to *not* include original email on undeliverable?
0
Postfix Configuration - different servers for subdomains and domain
2
How do postfix and mailx interact with mbox locking?
3
Postfix database unreachable behaviour
4
Postfix does not check “From:” address with sender_login_maps
1
What is the standard interface used by linux system programs to send notification mail?
0
Sendmail queueing and not sending local mail promptly
0
Allow external mail server to send to local domain without login