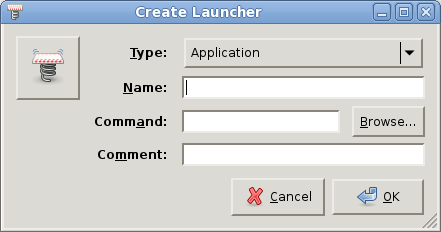 The following is usable in my case, launching a shell script from a launcher, and keeps the shell window open.

To keep the window open, with the path set on the script's directory, use a cd before the command. For e.g.:

This allows the launching of some additional commands without having to to remain in the current working directory.

23
How can I add an application to the Favorites section of the Applications menu in CentOS 7?

5
How to install Scala?
4
No text, just placeholders in IntellliJ
0
I want to change unity launcher in Ubuntu 17.10
0
Ubuntu 16.04 with MATE desktop - task bar graphical corruption
0
How to fix improperly uninstalled software on Raspberry Pi (Buster)