Is it possible to view media on the console?

I know the console (outside X11, e.g. /dev/tty1) works in text-mode, but I think if it is possible to play music using programs like cvlc and mplayer, it should be possible to view pictures and watch videos by launching the viewer program in a single process too.

I am aware of some programs that convert media to ASCII or display media in terminals, but I am only interested about a graphical display in the console without any conversion to ASCII art.

X is the standard way to display graphics on Unix, so you're getting off the beaten path.

Linux gives access to the graphics console via SVGAlib. Applications using SVGAlib must be setuid root.

Your choice of applications is somewhat limited. You can use zgv to view pictures and mplayer to play movies. Also there is an SVGAlib backend in SDL, so any application that uses SDL can use SVGAlib.

“SVGAlib is far from dead”, as it says in the FAQ — last updated in 1999. Unless your computer is from the last century, you won't save a significant amount of memory by not running X. You won't get better speed either, probably worse than X as a lot more effort goes into optimizing X drivers than SVGAlib drivers. You're also exposing yourself to more driver bugs, especially if you switch between SVGAlib and X.

Well you always have the aa-library (ascii-art). For the virtual terminals (on Alt-F1 to Alt-F6) you can also use svga-lib to show viewers for movies pr pictures (though I don't think it'll work in xterm or similar programs). If your VTs are set-up to use frame-buffer, I believe that too will allow them to show graphics.

The libcaca library is possibly the more advanced software in this ascii art niche domain.

It's important to remember what we a TTY is and does. Generally, we're talking about an emulator for a text terminal device. These devices process ASCII or some other encoding scheme and output specific characters. This means that it can only display characters that are represented in the code, which is usually not a single pixel (otherwise it would be a graphical terminal).

So, in order to view images and videos, you would need to convert theme to the character encoding supported by your terminal (e.g. asciiart).

Yes, use a terminal with Sixel support and show images directly in the terminal: 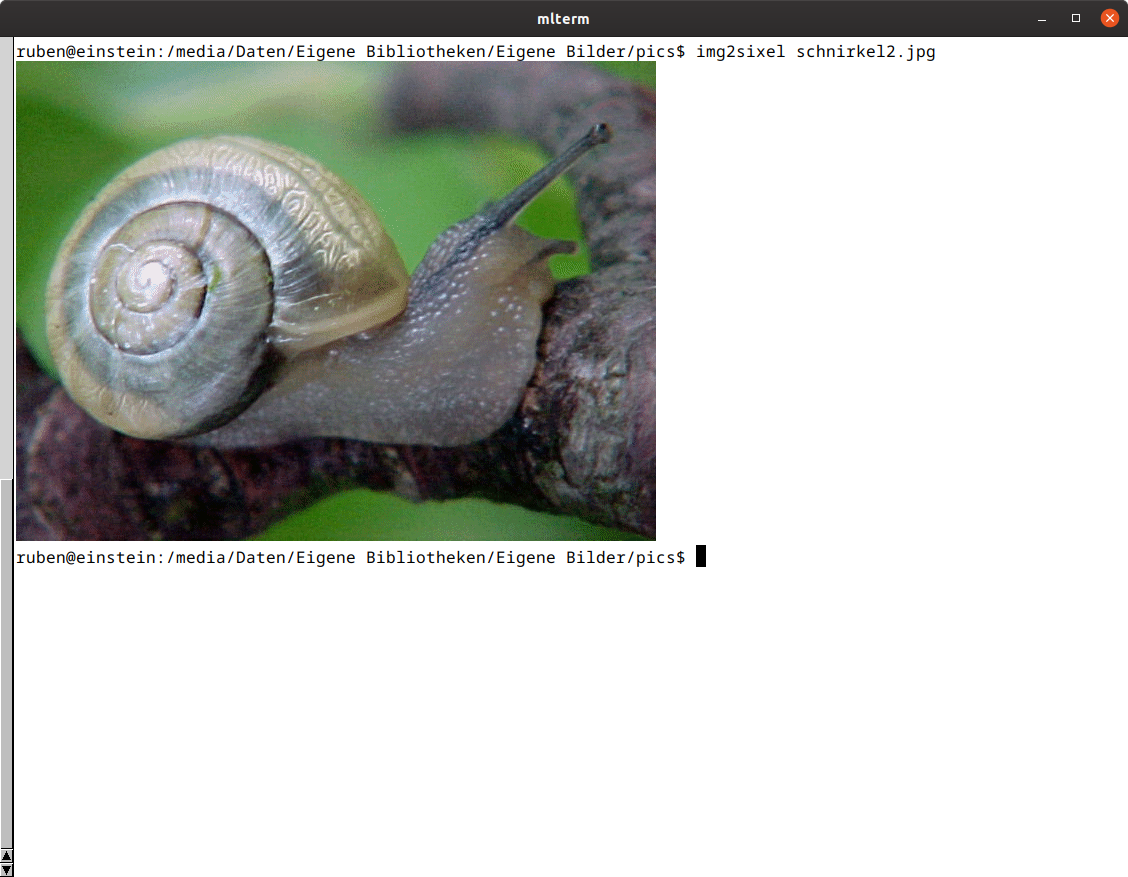 Not the answer you're looking for? Browse other questions tagged linux console video graphics or ask your own question.

1491
What is the exact difference between a 'terminal', a 'shell', a 'tty' and a 'console'?
14
Can I see images and watch movies inside the terminal emulator
25
Can the empty spaces/background in a terminal be replaced with a random(but pretty) pattern of ASCII characters?
5
What is the most lightweight way to render graphics Gentoo?

2
Stream Media Content from Linux to PS3
30
Is it possible to access to the framebuffer in order to put a pixel on the screen from the command line?
22
Is it possible to save Linux virtual console content and scrollback in a file?
3
How can I show long console lines as paged view?
0
Send Shift PgUp to the console
0
Shortkeys alternative for for the Linux console/terminal?
0
Emulate the Linux console