How to mount a NRG file on Linux?

I'm trying to mount an old NRG image file in my Arch Linux box. In Windows 7 I can mount it using PowerISO without problems.

When I try to mount it in Linux I get the following error messages:

dmesg gives me the following output:

If I check for the file type of the image:

How can I mount this image in Linux?

There is also AcetoneISO. It's covered pretty well over here in this article. 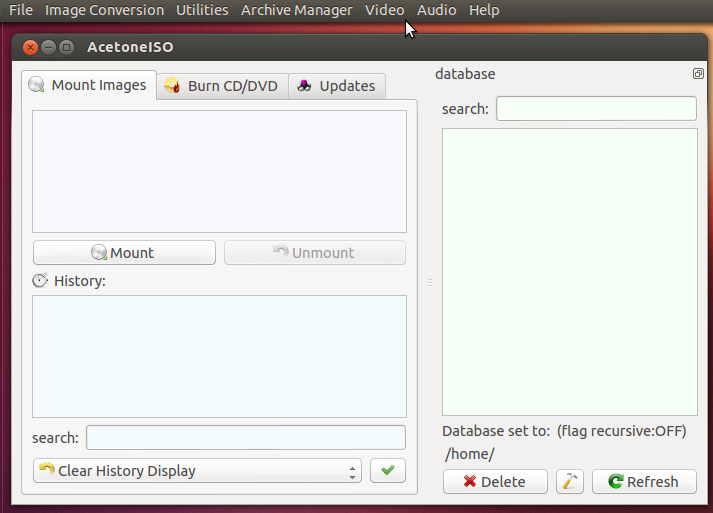 If you get the following error:

Error, could not mount image.

Then you most likely have an NRG file that isn't in the ISO9660 format. AcetoneISO cannot deal with these variants.

NOTE: See the NRG wikipedia page for more details on this file format. But I'll say it here, this is a proprietary format that the Nero Burning ROM software could write out, these aren't ISO files.

Your options become limited at this point. Under Linux you should be able to mount the .nrg file using a tool such as CDex. It should be in your distro's repos. Also the CDEmu Wikipedia page has a good list of the format's it supports and a good overview on the application.

If you need to mount/unmount these frequently this tool might also be helpful, cdemu-tray. 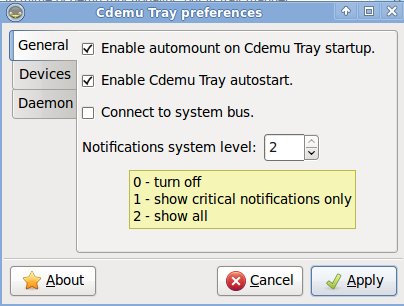 The iat tool has no switches but looks like it can convert various CDROM formats to ISO. It was available in the Ubuntu/Debian repositories. It's pretty easy to use since it has literally no command line switches.

It's unclear whether FuseNRG can deal with the non iso9660 type of NRG files. But might be worth trying. FuseNRG makes use of fuseiso, looking at their wiki it's unclear there as well.

If none of these options work there was a method discussed in this launchpad thread titled: Howto convert file .nrg to .iso. The method called for using dd to carve out of the NRG file the actual data portion that is the contents of the ISO file. This sounded a bit drastic to me but might prove workable for you.

The #8 comment in that thread by a user named Tom Hansen gives good details on how to do this method. The method makes use of the fact noticed by him:

Assuming your file has this same characteristic the method goes on like this:

If this works then your NRG files can be converted to ISO files, using this method:

See Tom's post for more details on this technique.

Convert the image to ISO:

Not the answer you're looking for? Browse other questions tagged mount or ask your own question.