How large should I make root, home, and swap partitions with a HUGE SSD?

I got a 1.5TB datacenter-grade SAS SSD, and I am now installing a new install of CentOS 7 on it (CentOS 7 will be changed to CloudLinux later).

I am setting up the partition scheme and I have plenty of space to work with. My server has 256GB of RAM, so I'm not going to make SWAP 1.5x that obviously.

A lot of web activity from a huge amount of users simultaneously will be happening on this drive.

Here is what I came up with. What would you change? 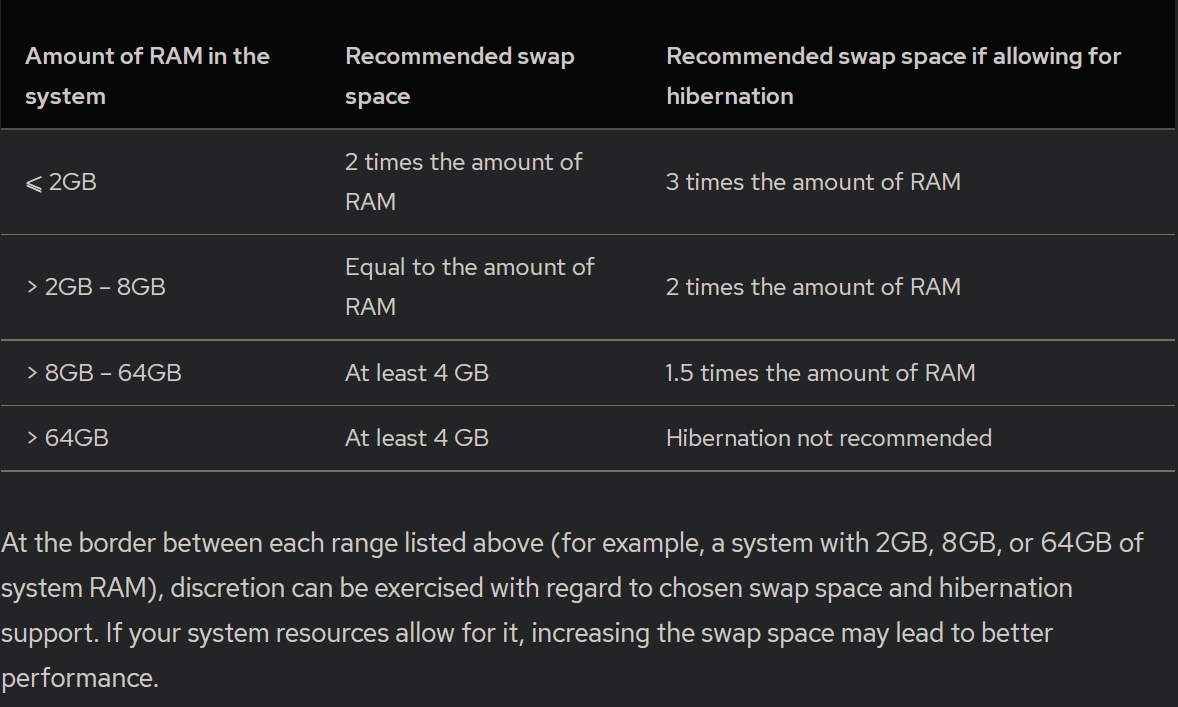 Here is what I came up with. What would you change?

here is why I say this, take it fwiw

for partitioning out your disk:

For anything server-sized, you Really don't want to rely on static partitioning. Assuming this is a server from the last 15 years, it has UEFI boot – so, the partitions you need to make your operating system boot are:

And this gives you immense freedom; just, in your setup¹ step, make a GPT partition table, and two partitions:

That's it. Create logical volumes within that physical volume as needed – the good thing is that you can always have as many or as few as you want, have them in arbitrary order, don't need to shrink and move partitions later on, get snapshot abilities… at negligible performance downsides (haven't been able to measure any downside).

You would probably start with a / that's maybe 40 GB in size, and a home that fits what you think you need in the near future. You can, without any problem, increase the size of both volumes as needed later on. If you're using an online-resizable file system on these, like XFS for example, that even works while you're using them.

¹ while you're at it, don't start with centos7… that's already old, and you're not gaining anything.