How to get the GNOME version?

Is there an authoritative way to get the GNOME version, as long as I have a working GNOME desktop (any version) running? Several of these suggestions don't work on my system, either because the executables and/or packages simply don't exist or the menu item isn't available.

GNOME 3 version is stored in this file:

The file is part of the upstream package called gnome-desktop (note that some distros split it into several packages so on your distro the file may end up in a package with a different name...)

GNOME developers use this file to get the DE version number and display it in System Settings (aka gnome-control-center). So getting GNOME version "the official way" means parsing the said file and extracting platform, minor and micro values.

If you play with that file you can instantly see the results :) 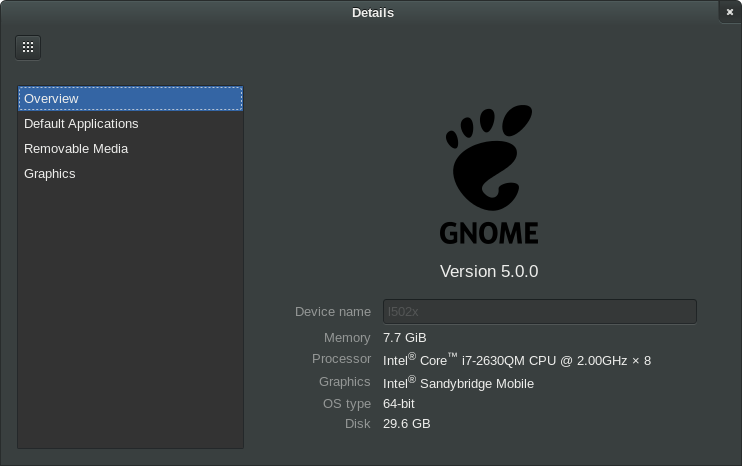 In GNOME 2 the file in question is:

And no, you shouldn't use commands like gnome-session --version, gnome-shell --version, gdm --version etc. Those are GNOME desktop components, they are separate packages (with different code, history/changelog and maintainers) and as such their version may be different. They'll report the right GNOME version only if they have the same version as gnome-desktop (which is not always the case).

If you launch gnome-system-monitor it shows the version in the dialog: 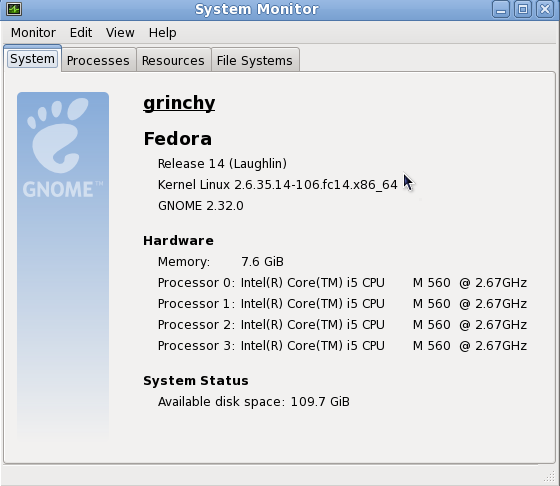 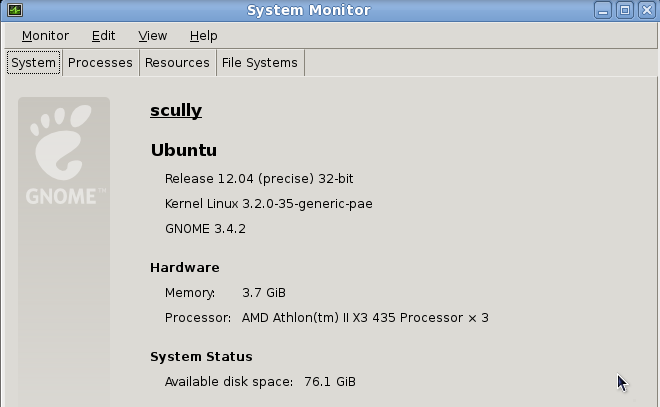 Try gnome-session --version. There is a man page for it on my Debian (namely GNOME-SESSION(1)) but the --version option is not listed. Well, for me it says gnome-session 3.4.2.1.

You can run it in the console

(possibly having to change the display).

Not the answer you're looking for? Browse other questions tagged gnome or ask your own question.

15
GNOME 3 Ctrl+Alt+D (show desktop)
1
Lock to launcher/Pin to taskbar in Debian Wheezy/Gnome (was possible in Squeeze)
1
deleted user is still an option in gnome login in Debian 6
3
Installing and uninstalling gnome on debian
1
Gnome 3.12 on Debian Jessie freezes when I open dialogues
0
tigervnc on centos - black screen
4
Why have wireless controls disappeared from my GNOME topbar?
3
Safely uninstalling GNOME desktop environment on Fedora 29