How can I test my GPU RAM integrity?

I would like to use something like memtest86 but for VRAM. I have some artifacts on the screen some times and I'm trying to rule out possibilities.

Dicslosure: I'm an author of the program linked below, so my opinion can be weighted 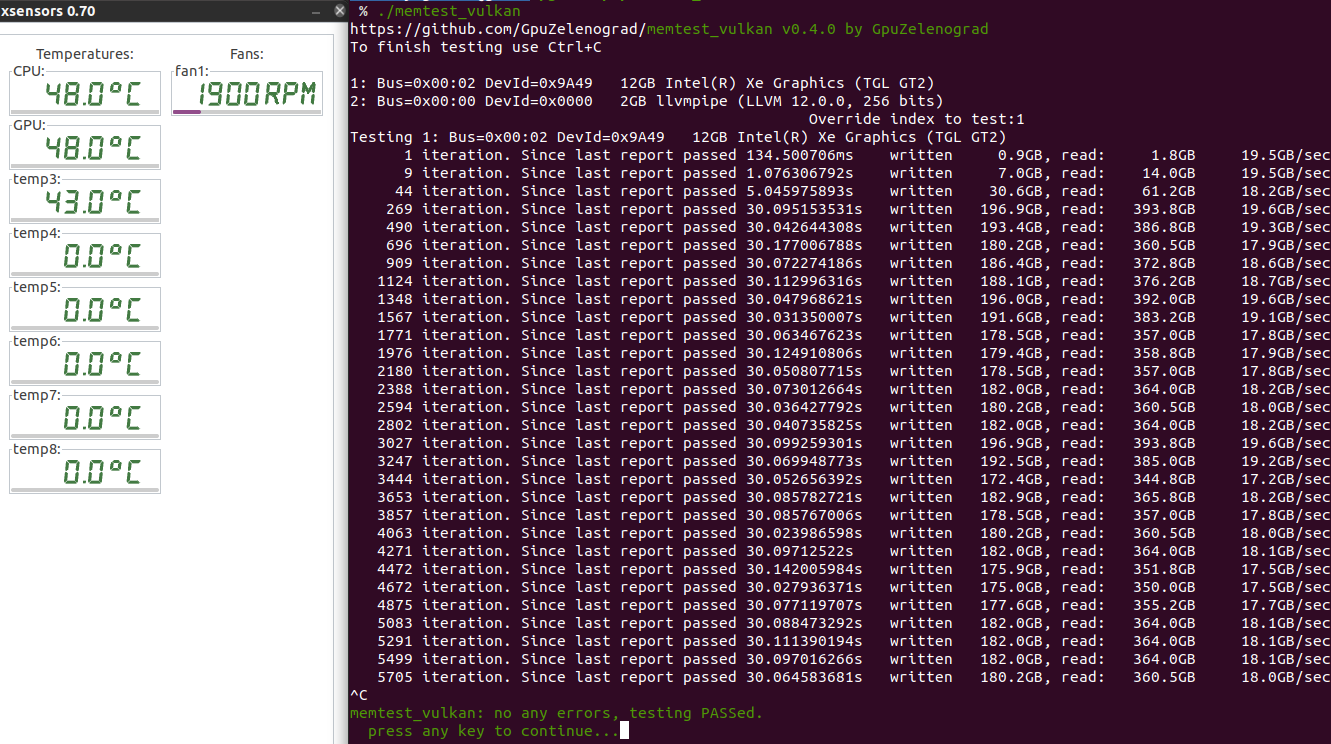 Example of run with errros 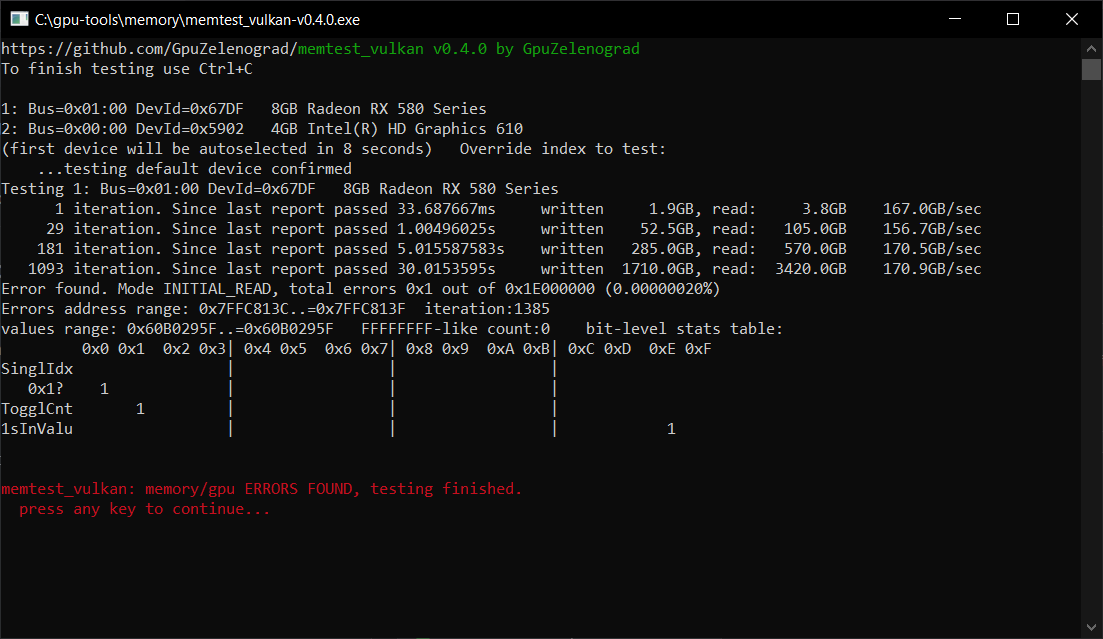 There is an OpenCL-based memory tester called MemtestCL which can do this:

MemtestCL is a program to test the memory and logic of OpenCL-enabled GPUs, CPUs, and accelerators for errors. It is an OpenCL port of our CUDA- based tester for NVIDIA GPUs, MemtestG80.

This is the open-source version of MemtestCL, implementing the same memory tests as the closed-source version. The intended usage is as a library so that other software developers can use the MemtestCL tests to validate the correct operation of GPUs or accelerators in their own code. In addition to the core memory testing libraries, this package contains the source code to a limited version of the command-line interface standalone tester included in the closed- source build; certain capabilities, such as the ability to transmit results back to Stanford, are not present in the open-source version.

19
Can I identify my RAM without shutting down linux?
1
How can I test the system footprint of applications?
5
Guide to set up GPU passthrough
2
How to simulate GPU hardware failure?
0
How does an OpenGL application bypass X and render directly to GPU? Can I do that?
0
How to set NoAccel to disable i915 GPU from Xorg.conf (to avoid GPU hang)