What are dbgsym packages? 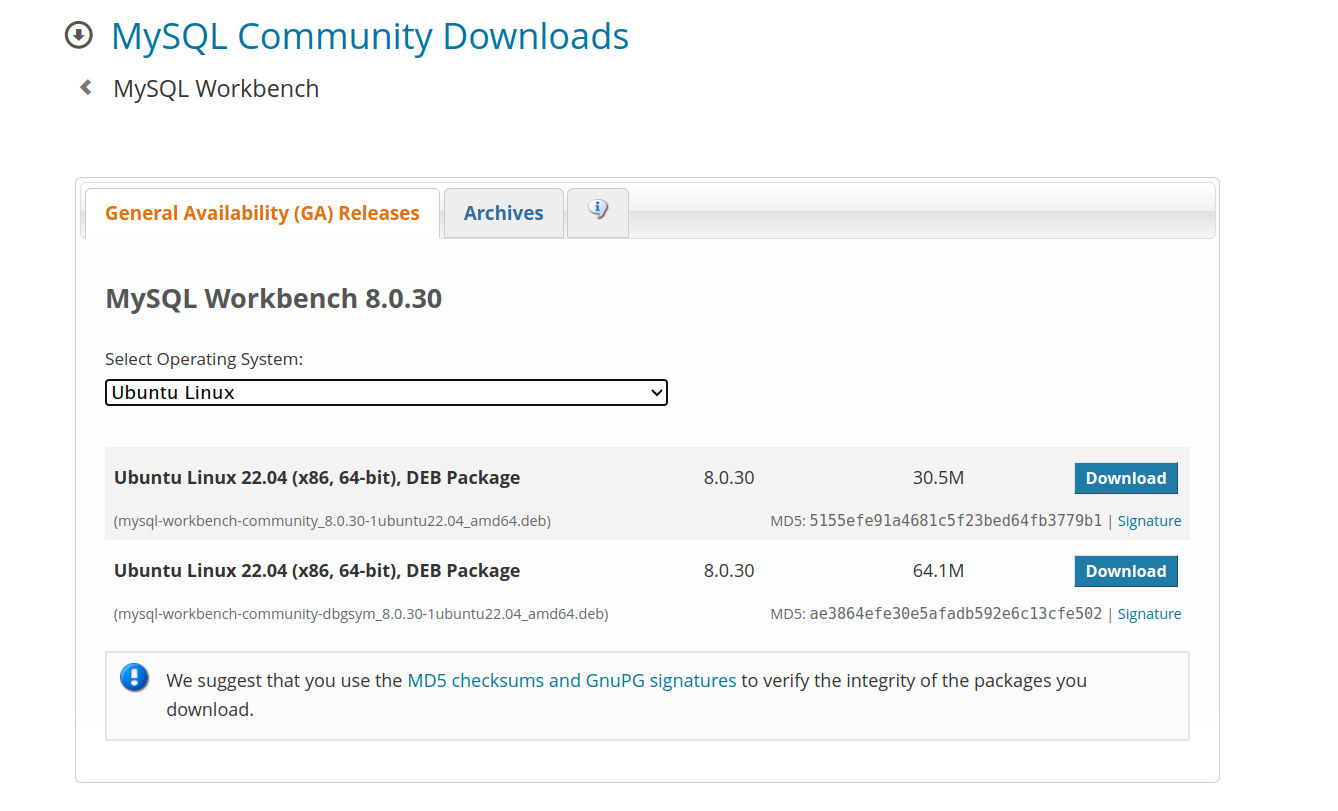 What are the differences between the two packages? Which one should I use?

If your program (mysql in this case) is written in a compiled language such as C, C++, Go, Rust, etc and converted into an executable then debug information allows a certain amount of referencing locations and values from the executable back to the original source code.

Also it can say that the variable foo is stored in register %r12 when the program counter is between 500 and 512.

If the program crashes, perhaps due to doing a divide by zero, then being able to say that you were executing a particular source code line and using a particular variable can make things much simpler to get a fix.

However all of this information takes space. As most people are not going to want to debug programs such as mysql, distributions frequently split the debug information out into an additional package so that people who are not interested don't pay the costs of downloading and storing it.

dbgsym stands for "Debug SYMbols." Unix culture tends to whittle down filenames to the absolute minimum.

What it contains is just that - the symbol tables that a debugger would need to make sense out of a core dump if the application encounters a drastic error, translating pointer addresses to (presumably) readable function names.

Standard procedure with compiling is to strip symbol names out of the final product because it saves a chunk of space.

TL;DR if you don't know what this package is, you very likely won't need it.

Not the answer you're looking for? Browse other questions tagged ubuntu mysql or ask your own question.

8
Can I use and install Ubuntu packages in Debian?
13
can packages marked Debian/Ubuntu be installed in Linux Mint as well?
2
corrupt debian package archives on self-made database packages
3
MySQL won't start
2
Substvars Doesn't Work Correctly
0
MySQL install aborts with error
0
unable to use mysql in mariadb server with no clear reason