why i need to run pipe(2) so i can share data between processes?

This is a follow-up question, UNIX-focused 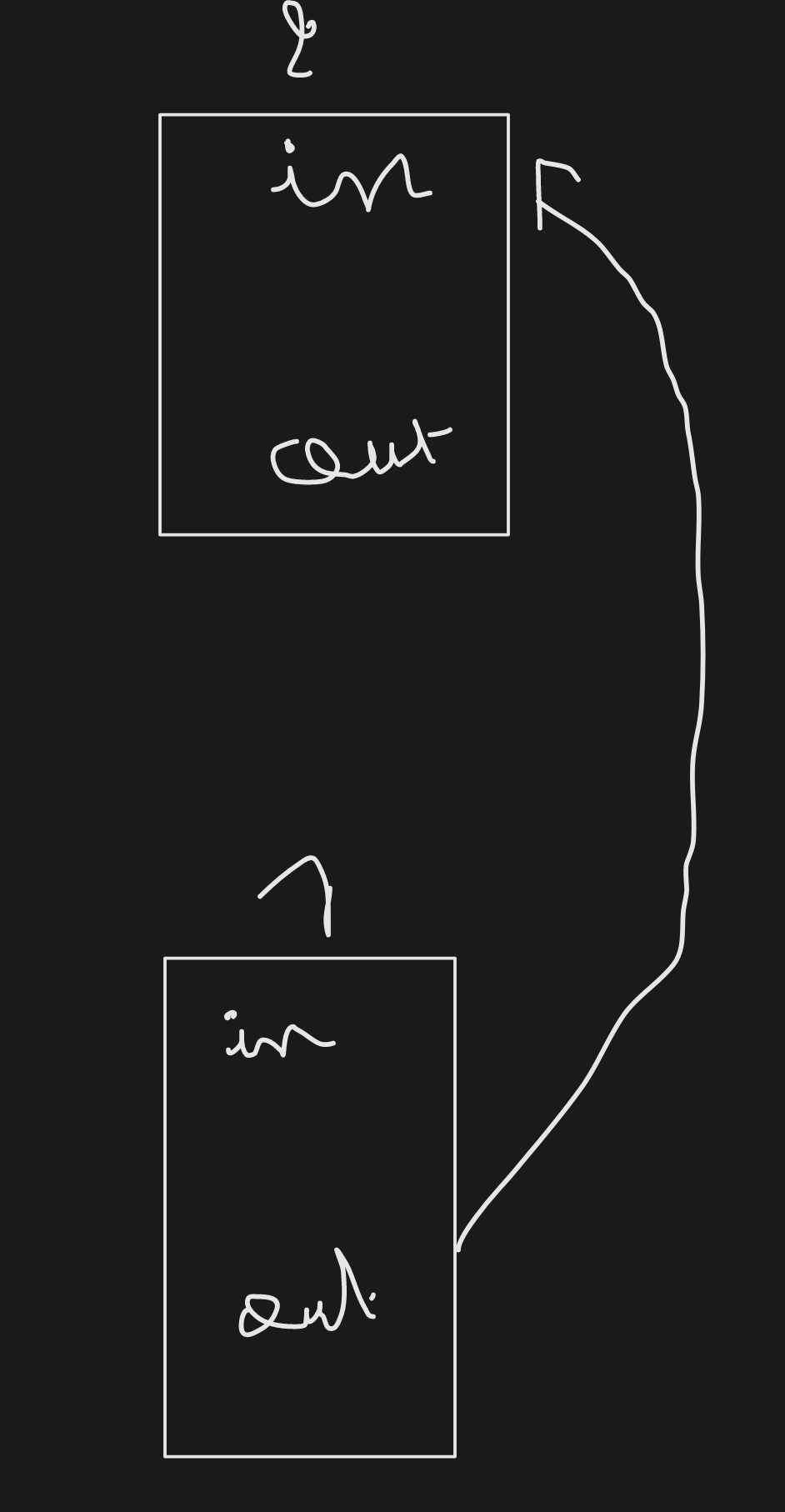 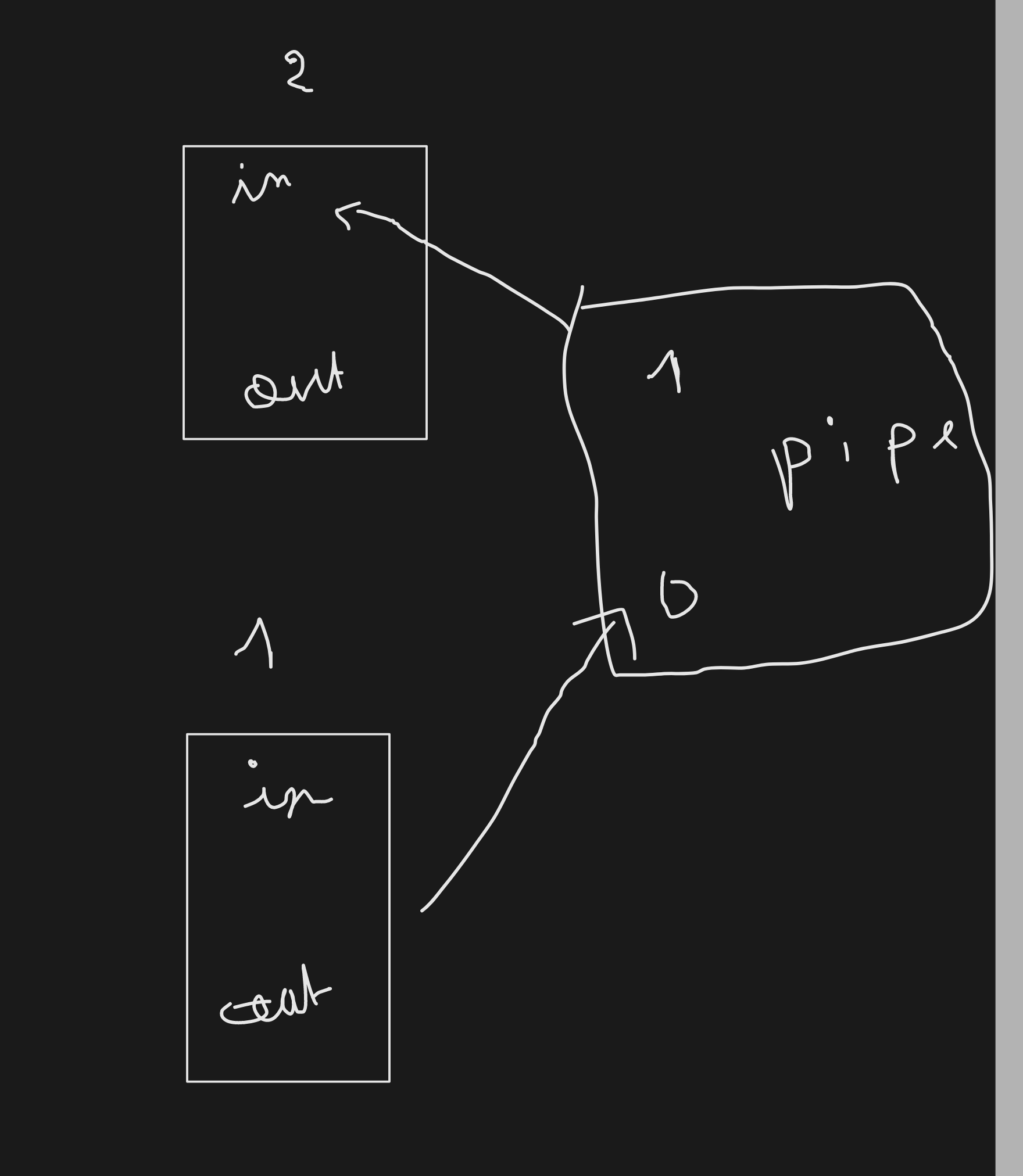 Let's assume the usual situation of a shell running on a terminal. All of stdin, stdout, stderr of the shell are connected to that terminal, and reading from one reads input from the user, and writing to one prints stuff for the user to read.

Now, if you meant detaching one of the fds from the tty side, well, that's not really how it works. Fds are more like pointers to kernel data structures, and an fd pointing to a tty is different from an fd pointing to a pipe or a network socket. Or, to look at it another way, an fd is just the process side of a "connection" between a process and the OS.

So, you need another sort of an fd, one that connects to another kind of thingy on the OS end. For example, a pipe. A pipe still isn't a connection just between the two processes, but two connections between the process(es) and the OS:

(Note that I assumed above that the tty fds are all open for reading and writing. That's how it is on the Linux systems I've looked at, so it is actually possible to write to stdin, or duplicate an stdin fd to stdout. If they're opened in read-only / write-only mode, then that doesn't work. AFAIK Linux pipes are always one-directional, and have a distinct read-end and a write-end.)

Let's suppose you don't use a pipe. Your first process can write to stdout. Your second process can read from stdin.

It's easy enough to close stdin of the second process, but then what do you open to access the stdout of the first process? (Hint: you can't.)

So you create a pipe with well-known endpoints that can be opened for writing and reading.

Not the answer you're looking for? Browse other questions tagged shell pipe fd or ask your own question.

2
stop pipe() opening stdin
5
How to forward between processes with named pipes?
1
Prevent stdin wait for first message from named pipe
1
Read stdout/stderr from subshell to parent
0
How to feed data through pipe into utility/command as part of shell here-doc?
11
Why do I seem to lose data using this bash pipe construction?
1
How output one command with tee to standard ouput and also to pipe it to another command?
3
How do I feed data to a pipe until it's full, no more no less?