My attempt to give a meaningful purpose to a 20-inch 2006 iMac 4.1 choked on an odd Xorg problem. Tried FreeBSD 13.0 Release/amd64 and elementaryOS 6.0 Odin as up-to-date systems with their respective Xorg packages. Using the radeon driver (only under Linux, as this driver was not present under FreeBSD, nor was it available as a separate package or in ports) seems to provide the correct graphics mode with the native resolution of the built-in LCD screen. Windows, icons, panels look all fine, but the background picture (or the desktop background in general, even as a solid colour) shows broken artifacts. 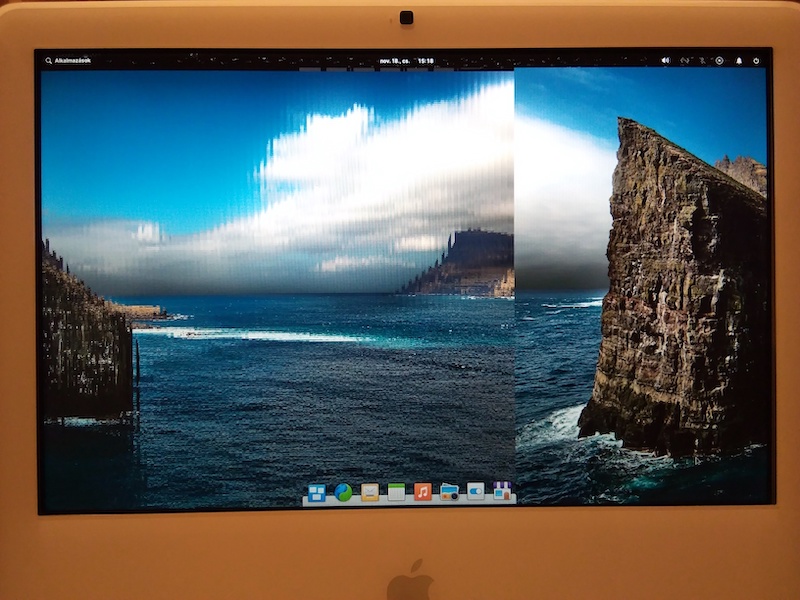 Its peculiarity is that ONLY the background is drawn flawed, and any GUI object over that looks perfectly fine, including translucent windows, menubars, icons, etc. 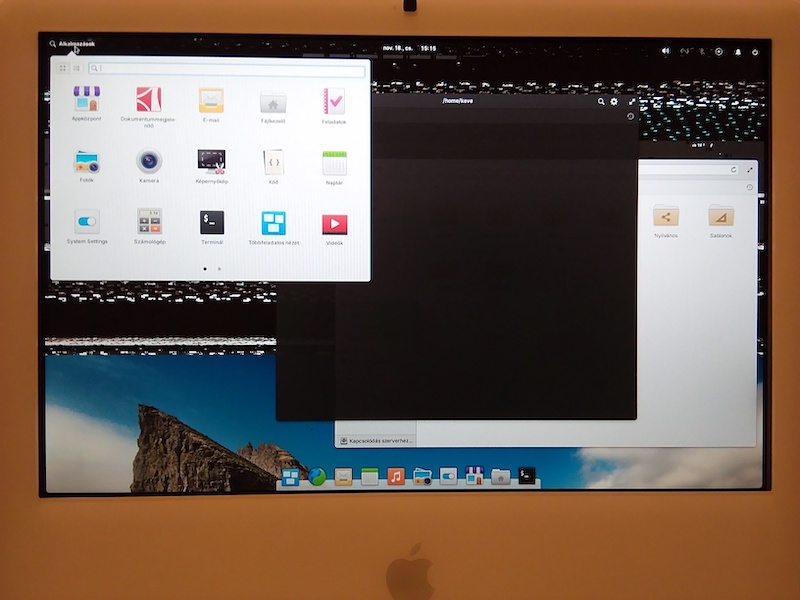 Using the modesetting driver seems to be unable to render the graphics screen properly, with the entire display drawn with off-shifted lines. 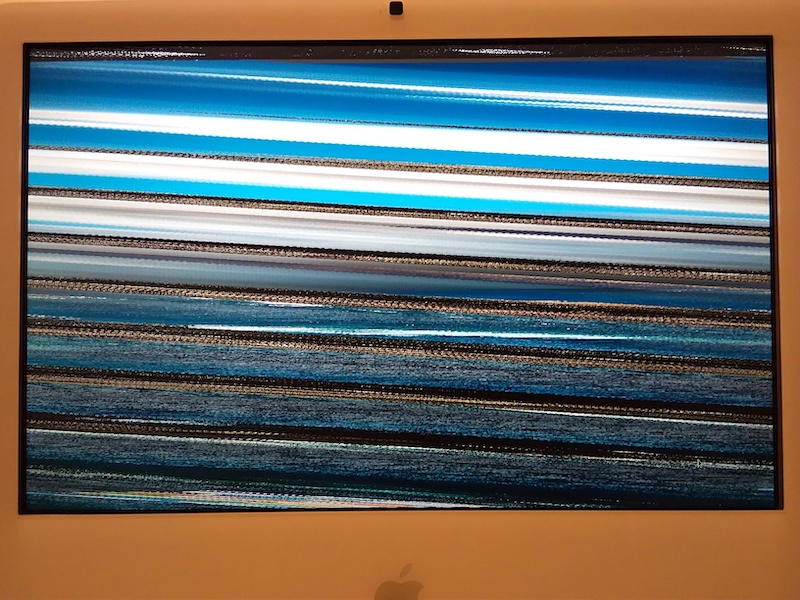 As the modesetting driver exists (and behaves exactly the same way) on both FreeBSD and Linux (talking about recent releases as in late 2021), and also being the obvious way forward, I would prefer to get this working instead of relying on radeon.
So, I started by extracting the native resolution details from the EDID data of this 2006 iMac's built-in LCD.

The suggested modeline matches what xorg auto-detects when started without an xorg.conf file. As the graphics screen works well under this computer's intended (and outdated, no longer supported) operating system Mac OS X 10.6 Snow Leopard, and looks fine under Windows 10 too, I used a program named PowerStrip to collect whatever screen details I could under Windows. This allowed me to fabricate some promising custom modelines.

Those with the triple hashtag comments, do not work well with the modesetting driver. They switch the display into an unreadable line-shifted mode as shown on the 3rd picture above. The last two lines were not produced by PowerStrip data, those were assembled by me manually, using one of the above lines but altering one detail or two in the hope that I can get the native resolution working.
Interestingly, the native resolution of 1680x1050 never seems to work using the modesetting driver. Not even the modeline that is read from EDID, which is what Windows 10, Mac OS X, and the radeon Xorg driver under Linux use successfully.
Also interesting that the "1664x1040" and "1696x1060" modes work perfectly, giving a nice, flicker free, solid display. These are one smaller, and larger resolutions than the native 1680x1050 while keeping the 16:10 aspect ratio. I am surprised that the 1696x1060 works fine too (obviously, the last few pixels are off screen, hence not visible, but the display is solid without any shifted/running lines).

Here is what the PCI details show.

As I am unable to get the native 1680x1050 working with modesetting (failing the same way under FreeBSD and Linux), while the same settings are known to work with the proprietary ATI driver under Windows 10 and Mac OS X, plus the open source radeon driver under Linux, my conclusion is that something may be wrong with the modesetting driver (or the radeonkms module).

Unfortunately, I only have the answer to your alternative question. The proper channel to report this bug is the Linux Kernel Mailing List. Instructions on how to send a message, proper etiquette, and how to subscribe (or get replies to your message if you don't want the huge volume that comes with subscribing) can be found here:

The level of detail you've given is excellent and will be very helpful for the bug report, but don't be surprised if they require even more information.

Not the answer you're looking for? Browse other questions tagged xorg radeon kms or ask your own question.

7
How can I alter my Xorg config file to fix the screen distortion I am experiencing?
1
How can I get a two-display Radeon HD 3470 graphics setup working with Scientific Linux 6.5?
1
Hardware acceleration on Debian 8 ppc with Mobility Radeon 9600
5
Using native 1366 x 768 resolution in a Lenovo Ideapad
1
XPS 13 9360 Intel GPU modesetting driver missing resolutions
4
Debian 9 upgrade breaks radeon triple monitor setup
1
Resolution and scaling issues on dual monitor with nvidia (one 4k HiDPI, one VGA with converter)
0
nvidia driver parameters - missing some?