How can reassing a keyboard key on debian linux?

I am using kali linux, xfce desktop is installed. I want to change the functionality of the circled key on the image. Even though that key shows "" for some reason it types "<". 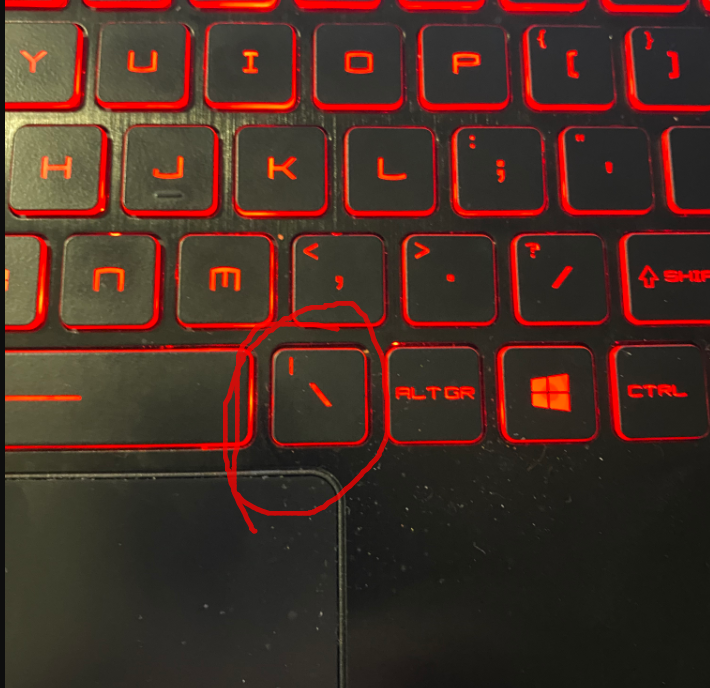 So I will have two "right arrow keys", I tried to create shortcut with keyboard settings, but it says "right is already assigned. DO you wanna use < instead". Since i don't use the circled key for "<" character, I wanna assign it to "right" to I can use it with my thump easily.

This is msi laptop, msi has steel-steer-3 app for macos and windows but not for linux

I solved the question with this command:

Not the answer you're looking for? Browse other questions tagged kali-linux keyboard-shortcuts xfce or ask your own question.