Why the difference in neofetch and free (RAM) output? 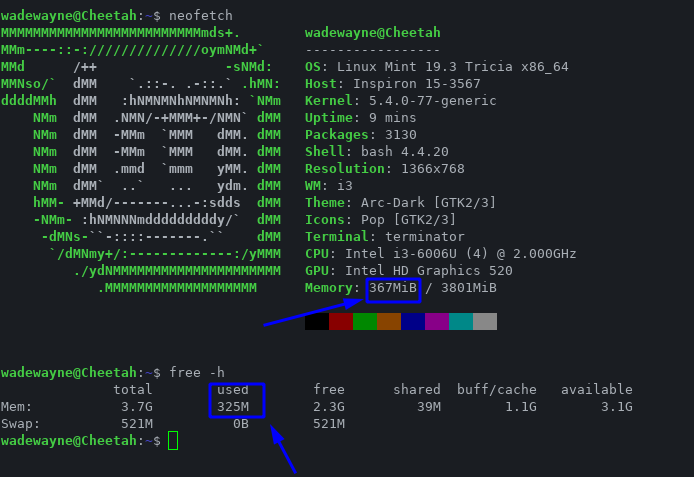 so the difference is neofetch considers shared memory (tmpfs) as used (cache in free is Cached + SReclaimable in neofetch). See free manpage for more information about columns in free output.

If you add used and shared from your free output you get 364 MiB so the difference is only 3 MiB, which can be attributed to some small change in RAM usage or rounding.

Not the answer you're looking for? Browse other questions tagged linux-mint ram free or ask your own question.

0
swappiness and RAM usage
1
How to recover RAM space that should be free?
1
Linux Mint RAM Memory - Showing different usage and free space
13
What is difference between total and free memory
0
Why is the output of free -h different from free --giga?
0
The reason why buffers in "free -h" command output is increased
0
RAM used by apps doesn't sum up vs free RAM, why?