Check which GPU a process is using

I have a notebook with an Intel iGPU and a dedicated AMD GPU and I was told that by default the iGPU would be used, but that I can explicitly tell a program use the AMD GPU by running it like this

I know that this works for glmark2 because it tells me in the terminal, but how can I verify this for any other process?

For nvidia GPUs there apparently is a utility called nvidia-smi, but I need something that works for AMD GPUs.

Depending on your GPU:

To see which process your Radeon uses, look for radeon-profile: 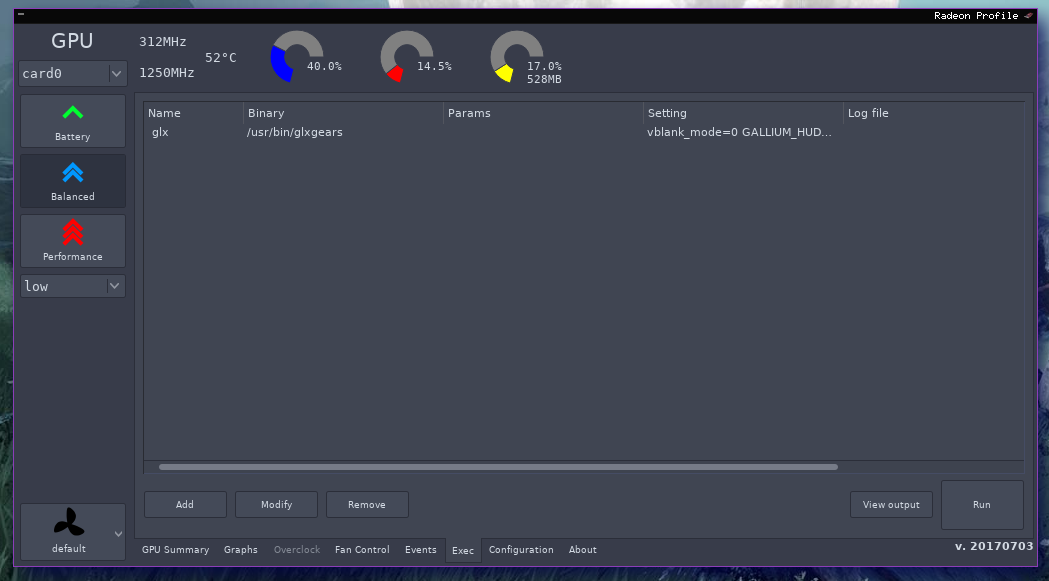 Not sure, if this applicable to your case, but the following command helps to determine the CPU core a process with pid is executing:

Not the answer you're looking for? Browse other questions tagged fedora gpu amd-graphics or ask your own question.

13
Multi Nvidia GPU overclocking for computations (CUDA)
5
GPU Offloading using wayland and x11
4
How to activate the AMD GPU manually?
1
yet another nvidia proprietary driver question: driver installs but does not get used
1
AMD GPU not being used by Debian