Everything on my system (that needs it) supports UTF-8 just fine.
That's all nice when you want output... But what if you want easy input ?

What I'm looking for is a program that can do something like this:

In short: Are there virtual keyboard programs with support for non-ASCII UTF-8 ?

Edit: For others ending up here and don't want to read all the answers themselves (or add a answer that's already given):
These are the options already mentioned + links to the answers + pro's and contra's.
Feel free to add extra solutions below (after providing them as detailed answer):

You could use Onboard Onscreen Keyboard which is available in most distros.

It allows to create a custom layout with the characters you need, e.g. 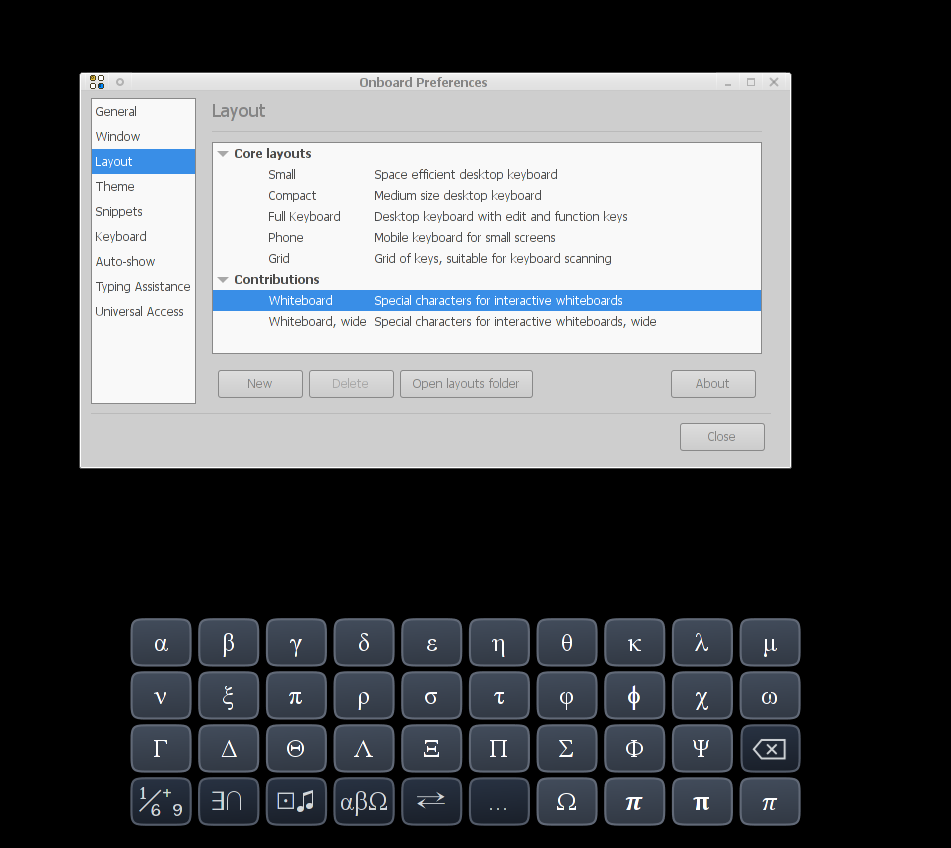 In case you don't want to create a new layout it offers a feature called "Snippets" where you have the choice of entering different characters or even text.

In order to show it just create a shortcut in your desktop environment which will simply execute onboard or dbus-send --type=method_call --dest=org.onboard.Onboard /org/onboard/Onboard/Keyboard org.onboard.Onboard.Keyboard.Show

If you're using symbols often enough to remember their hex codes:

GTK-based UI applications (a.k.a. an overwhelming portion of them) will let you press Ctrl+Shift+U and then type a Unicode hexcode, pressing Space to indicate you've finished the hexcode.

For example, from memory:

In applications based on Qt, EFL, or anything that doesn't ultimately use GTK, this won't work, but it's not too hard to pop open a GTK-based application like a text editor and use the ctrl+shift+u interface and then copy it out.

Most modern OSes have an emoji picker for typing emojis, kaomojis and special symbols. For example in Ubuntu and many other Linux distros you use Ctrl+. to open it

Depending on your settings and your distro you may need to install some additional packages or use another shortcut like Ctrl+Shift+E or Ctrl+Alt+E. See

FWIW in Windows you activate it by Windows+. or Windows+; then search by name 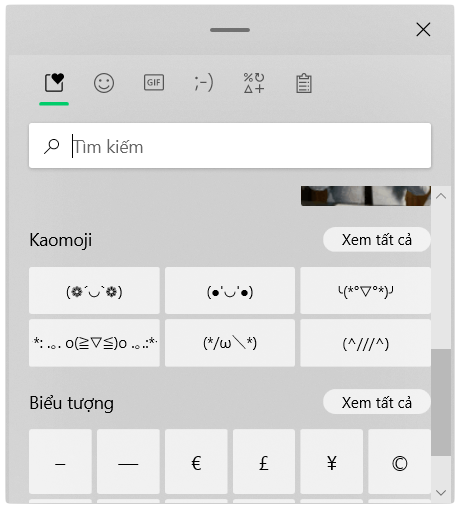 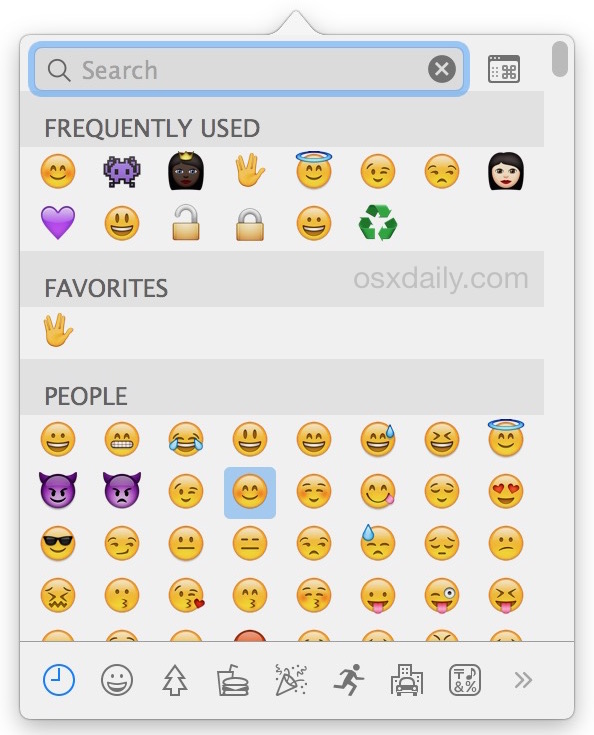 For math-y stuff, if you know latex, then I highly recommend (and, if you don't know latex, I'd recommend learning the subset necessary to use):

Type in latex on the left and you get copy-and-paste unicode on the right (at least to the extent that Unicode can support Latex). Good for subscripts, supeprscripts, all sorts of mathematical operators, etc.

(note, the math in this example is, of course, gibberish.)

Have you considered a hardware solution? Maybe a customisable second keyboard? 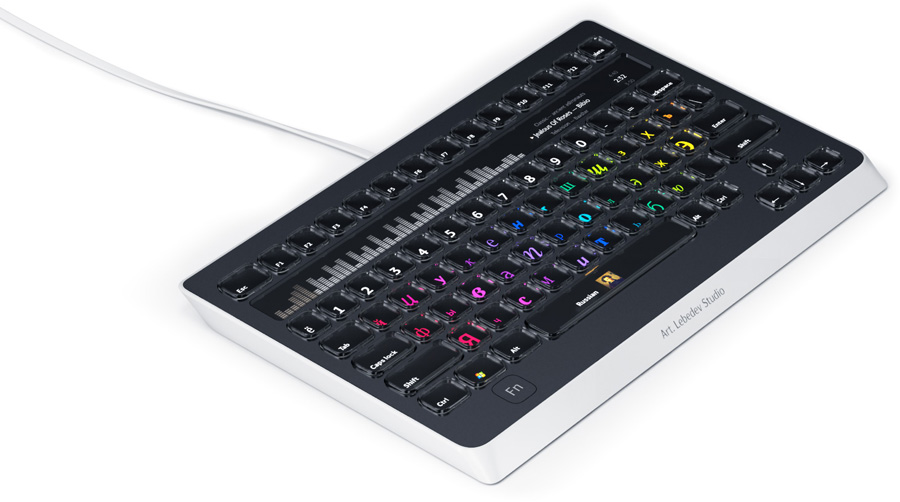 Or even an Elgato Stream Deck XL: https://www.elgato.com/en/stream-deck-xl 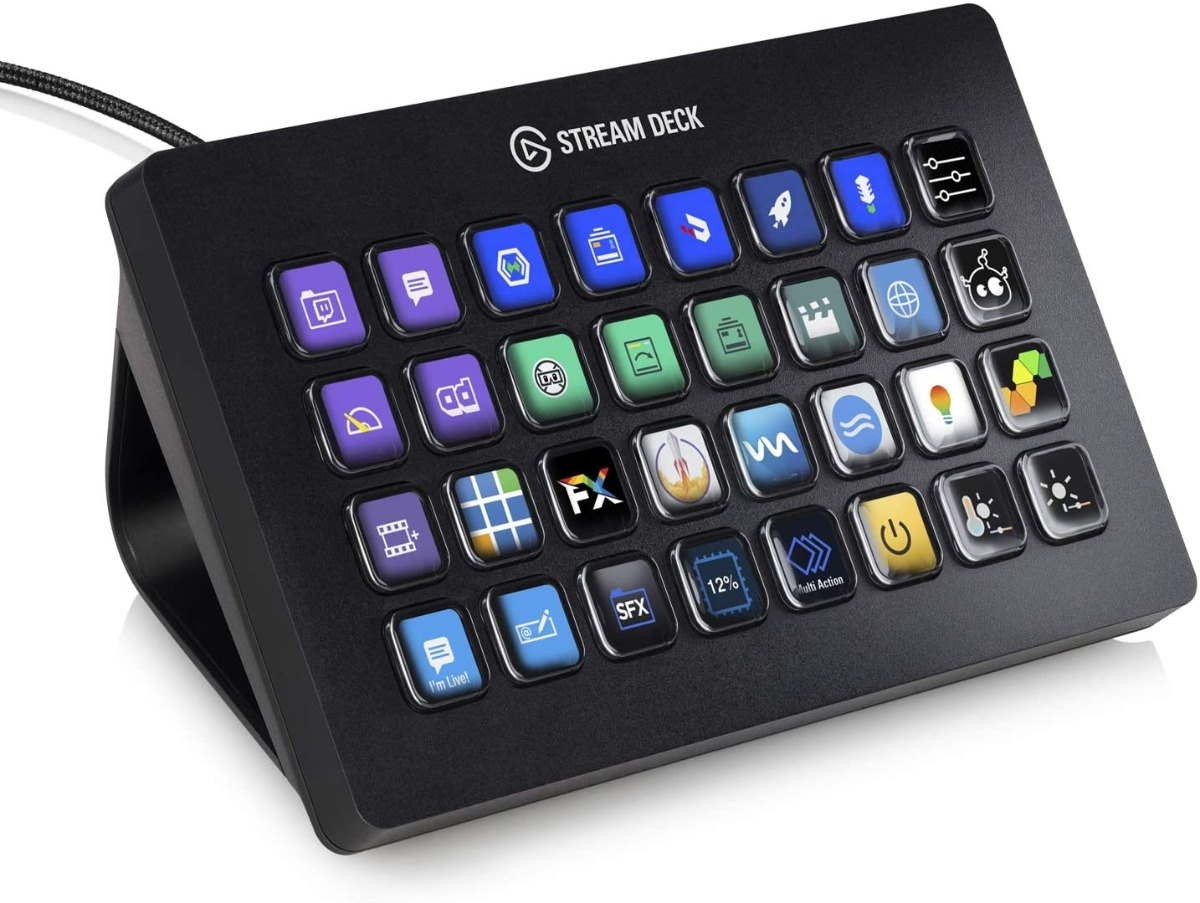 I don't know if Cinnamon comes with IBus, but I know that IBus works in several DEs (I use it in XFCE, I used to use it in LXDE, and I've seen it used on GNOME).

With IBus, you can configure a keyboard shortcut (Ctrl+Shift+e by default) to input "emoji" with. When you type that shortcut, you can type a word related to the character you are looking for and then Space twice, and it will bring up an overlay with several characters having that word in their description. 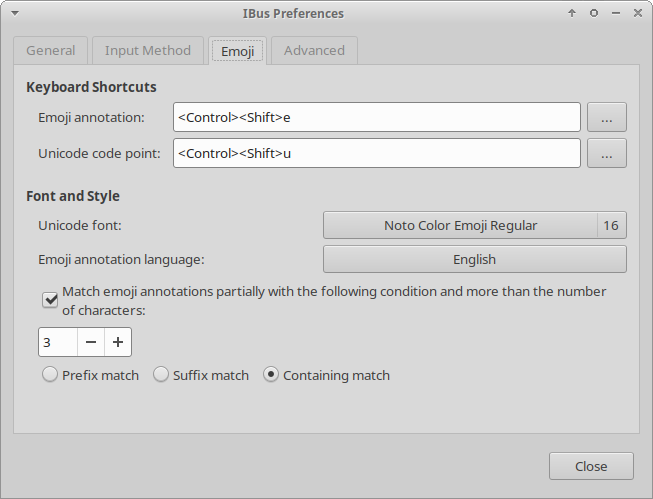 Despite the name of the feature, it is not limited to emoji. For example, typing Ctrl+Shift+e "math" Space Space, brings up this overlay with several emoji and other Unicode characters that contain "math" in their annotations. You can press Escape once to exit the overlay, Escape again to change the keyword to search for, and Escape again to cancel entering a special character and go back to normal typing. 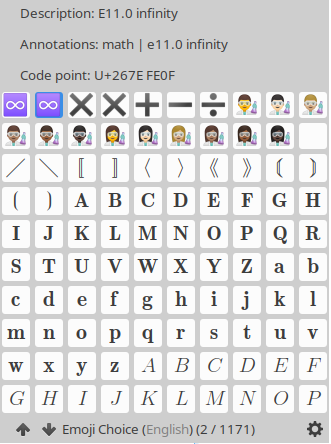 My favourite solution is to convert HTML character references into custom Compose key sequences, and then use those.

Advantages of this approach:

Now, how to make this happen:

I don't believe this ... All these prior answers and nobody, no one, not a single person has suggested ... Emacs.

Emacs makes this very very simple, simpler than any of the above solutions.

Type C-x 8 <RET> (or M-x insert-char) and then start typing a description of your unicode character of choice. A vanilla emacs will offer TAB completion of your partial descriptions, but most people using emacs use an extension such as ivy, edo, helm, or icicles all of which dynamically present completion candidates as you type.

For example, if you begin typing the string calc, you are presented with options runic letter calc and pocket calculator. Some of the emacs extensions mentioned above also provide previews of the characters to be inserted.

Once you have inserted characters into an emacs buffer, you -could- copy and paste it to your application of choice, but you could just as well replace that application with emacs itself. Just as a for instance, emacs has several versions of shells and terminal emulators, so you can M-x ansi-term to get a terminal instance, and then use M-x insert-char directly into its command-line.

Not the answer you're looking for? Browse other questions tagged keyboard unicode input virtual-interface or ask your own question.

4
What happened to the emoji picker from Linux Mint 19?

4
Matlab gets "crazy" after type special characters
4
Using UTF-8 chars with `write` message program
3
utf-8 sequence in the console
1
Cannot type certain special characters in LinuxMint
0
What's a clean sans font that supports UTF-8, that is suitable for console use?
6
OpenSSL converting chars to UTF-8 literals
1
How to set debian 9/10 and putty to show utf-8 chars?
13
Why can't I type a g̃ the same way I type ñ?
0
Accessing the UTF-8 Cuneiform Numbers and Punctuation Symbols