I am running Linux Mint on my sister's computer. Everything was working fine, but then one day she turned it on and she got a strange message she didn't understand. I think it was some kind of question in terminal. Unfortunately my sister, despite her natural intelligence, didn't know what to do and decided to simple turned the computer off. Since then, everything goes wrong.

When booting I got classic Linux Mint splash screen, when pressing ESC I get this: 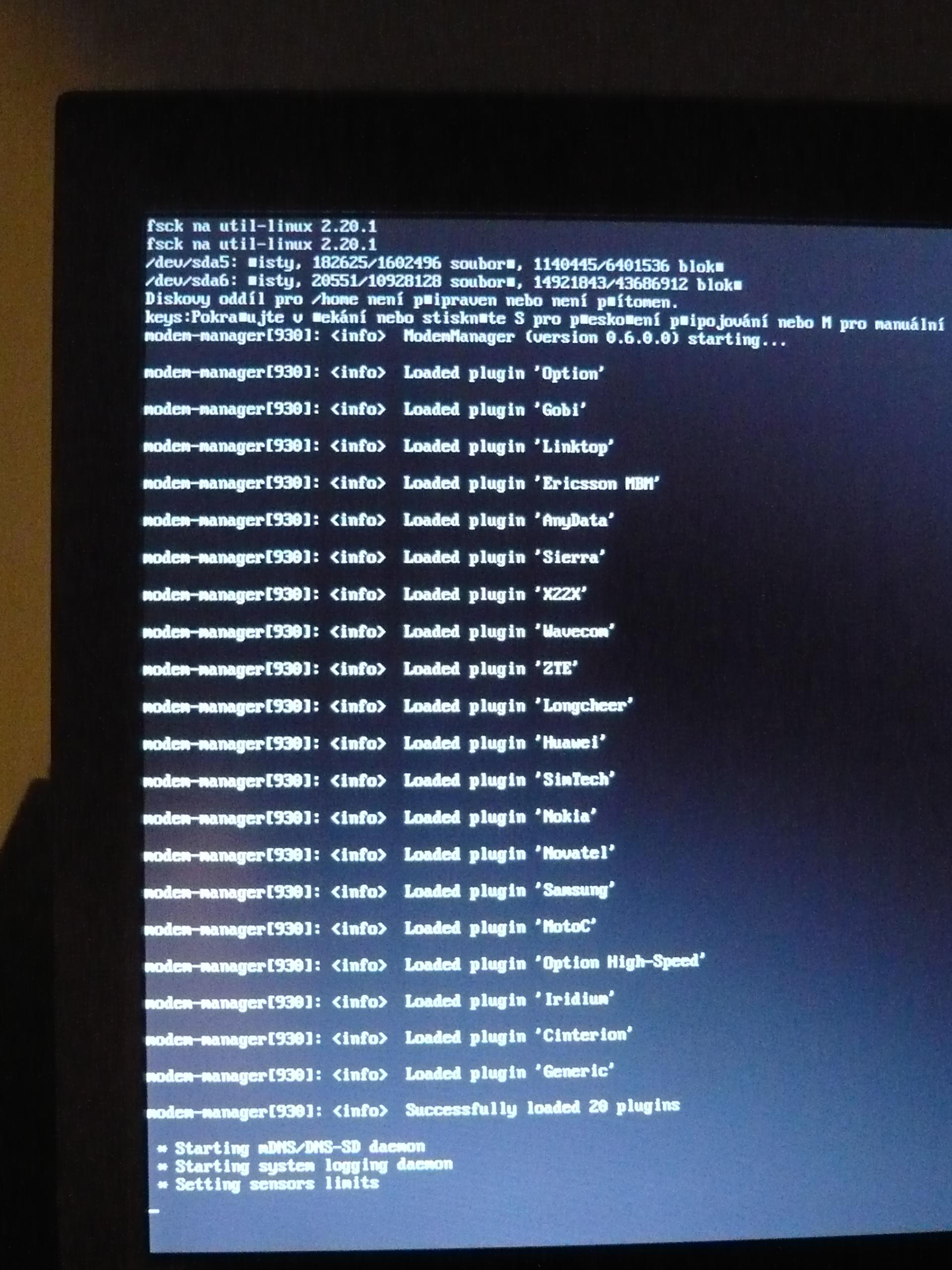 The message on third row and later mean:

Pressing neither of those buttons work. It is simply stuck and does nothing.

So I've realized I am having problem with /dev/sda5 or /dev/sda6. I booted into recovery mode. I tried to check for consistency of packages and I got: 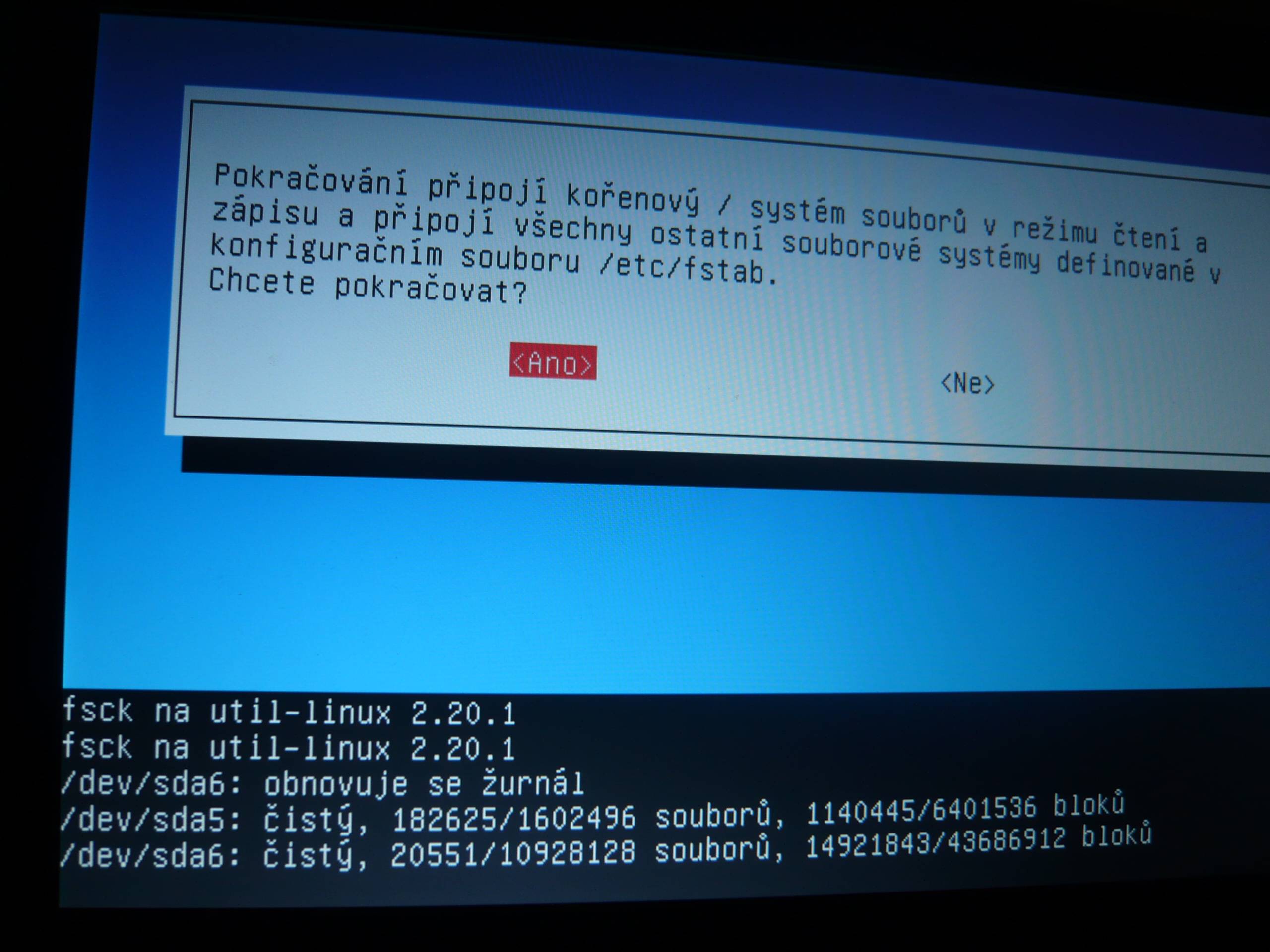 Again the same message, only one more:

/dev/sda6: the journal is renewing

I've downloaded a live cd with gparted to check out the disks. In gparted I've checked the disks, no errors. Hm. I mounted the both /dev/sda6 and /dev/sda5 in terminal, which worked. I was able to see all data unharmed.

Attempt 3 - getting rid of /home

Because everything has been about the bloody /dev/sda6 which is automatically mounted to /home I've decided to remove it from /etc/fstab and leave only the system disk /dev/sda5. It was easy hence I was in gparted already. I rebooted and nothing happened. Not even splash screen, no message, no sound from computer at all. It was running, but doing nothing. Uff. EDIT: I am still able to get past grub. This nothing happens AFTER choosing Linux Mint in grub.

Since I have the /home on separate partition I was wondering I could simply reinstall the system. I've downloaded ISO, put it on USB, and I was astonished to get another terminal like text and freeze: 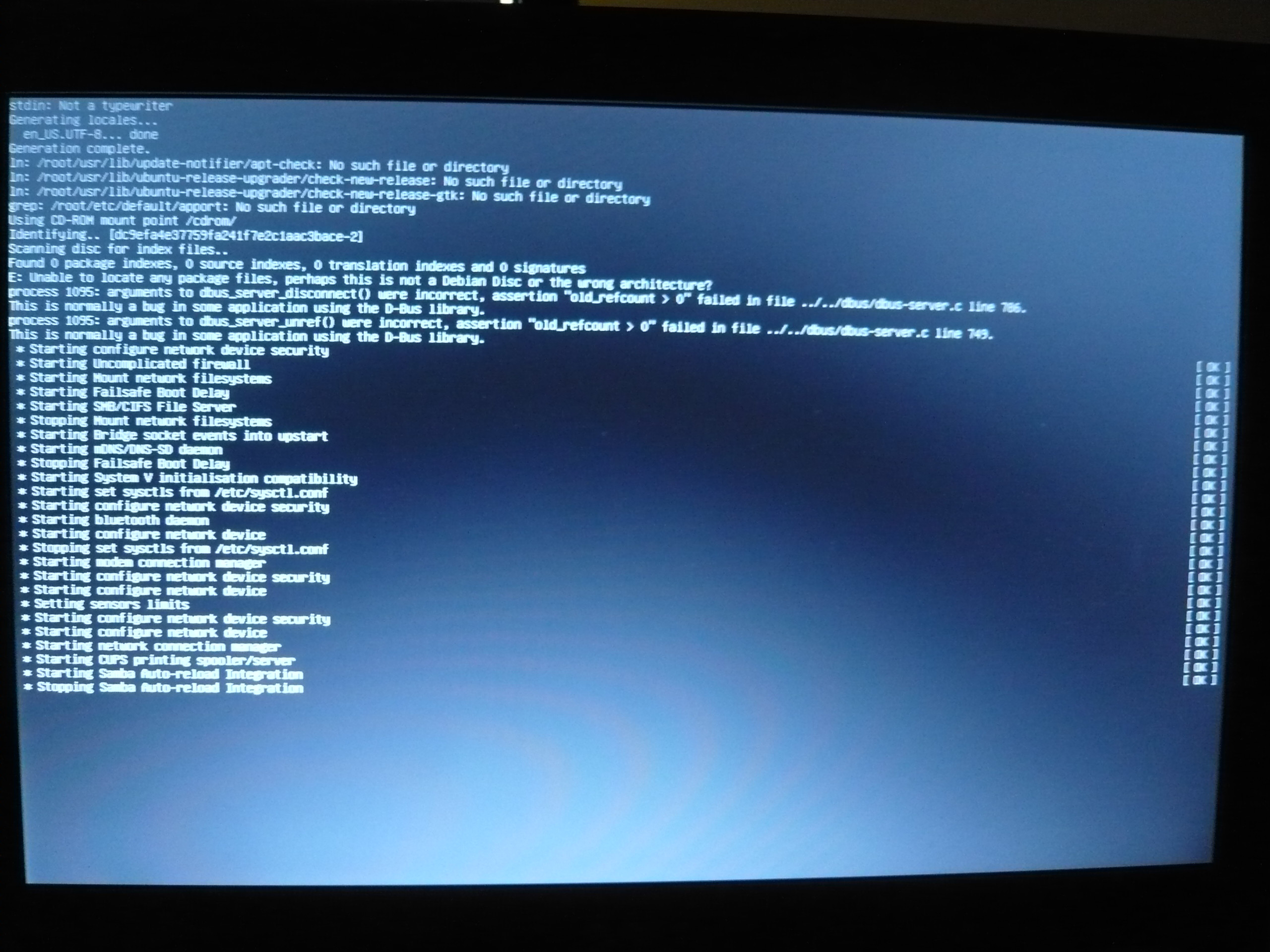 You are on, guys.

I have the feeling all this leads to hardware problems, but a) I've successfully mounted both partitions and b) I have windows 7 on another partition (but same disk) that works. I guess formatting the disk using gparted and install Linux Mint again would work, however I would prefer saving all the data (I would have to back up everything). Any help how to debug or fix this problem will be much appreciated.

I fear you destroyed most of the system by now, your only solution is to reinstall. But by the amount of problems you have, I'd run a memory test (memtest, probably an option on your installation media, leave it running a few hours), and run some disk diagnostics (the disk might be shot, that could explain some of the symptoms like failing mount and fsck hanging).

It's hard to say how much I can concider this as an answer, but it is a solution. I finally decided to give a try to 32bit installation ISO, which miraclously worked. I installed the system and everything works fine. When I tried again (after the install) the 64bit ISO could be loaded. I have no idea why what so ever.

Anyway, if you experience any trouble similiar to this, just try to use 32bit installation ISO.

Not the answer you're looking for?Browse other questions tagged boot linux-mint partition disk or ask your own question.