wlan0 isn't working most of times

I earlier asked a question Wifi isnt working after using wifite [duplicate]. This and this answer helped me. But, the problem is it works but, after few hours later when I start my laptop I get the same issue. 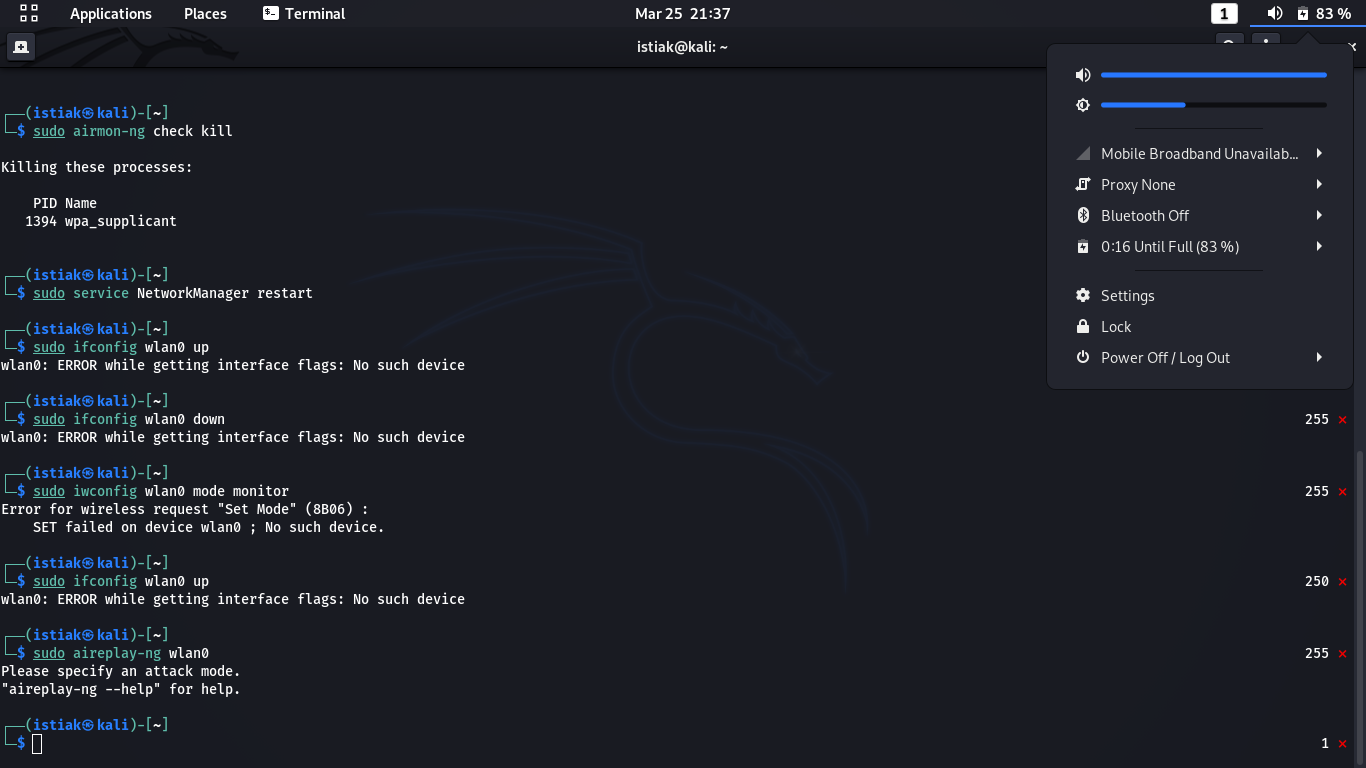 I faces the issue whenever I run codes on the

. Then, reboot my laptop everything works fine. I am unable to fix the issue permanently. I didn't use wifite after facing the issue that moment

Output : wlan0 : Error while getting interface flags : No such device

Output : wlan0: ERROR while getting interface flags:No such device

Output : wlan0 : ERROR while getting interface flags:No such device

I was trying to set wlan0 up. But, there was no wlan0 when I run ifconfig. When I restarted after running those commands. wlan0 was working correctly but, I have faced the multiple times. After running wifite few days ago. Even I have faced the issue again now... I think wifite status is keep running or something else is happening to it.

You've already tried killing wpa_supplicant and restarting NetworkManager, but if the entire interface is no longer visible in the outputs of commands iwconfig, ifconfig iw list and/or ip link show, then that won't help.

The problem could be that the WiFi adapter driver has some kind of miscommunication with the hardware. It might be a suspend/hibernate issue, if you use that functionality.

You might want to check the dmesg output to see if there are any error messages related to the WiFi interface. And when the interface is no longer visible to commands like iwconfig etc., then you might try unloading & reloading the driver module for your WiFi interface.

When the wlan0 interface is working correctly, sudo ethtool -i wlan0 | awk '/driver:/{print $2;}' should display the name of the driver module. Make a note of it.

If this causes the WiFi adapter to start working again, and the problem seems to happen whenever you suspend your laptop, then you might need to customize the suspend/resume process to automatically shut down the WiFi adapter and unload its driver on suspend, and reload it on resume. This is generally doable fairly easily on most distributions, but I don't know what would be the recommended method for it for Kali specifically.

Disclaimer: I have not tested this at all, you might need to troubleshoot & adjust this yourself. But I hope you get the idea.