With XQuartz 2.8.0_rc1 running on MacOS 10.15.7, when I run an xterm and ctrl-middle-click on an xterm I get a popup font menu as shown here. How can I set the default font so that all xterms open with, for example, UTF-8 encoding?

Incidentally, I'm seeking this after the XQuartz update that I accepted yesterday. I previously used Terminal and xterm -- Terminal for vim editors (because the encoding was otherwise wrong) and xterm for everything else. But after yesterday's XQuartz update, I can no longer run xterm from within Terminal (well, they "run" but they don't display). So I want to use only xterm, but I need to be able to set the font encoding, preferably to UTF-8 since that seems to be what all my remote machines are using. 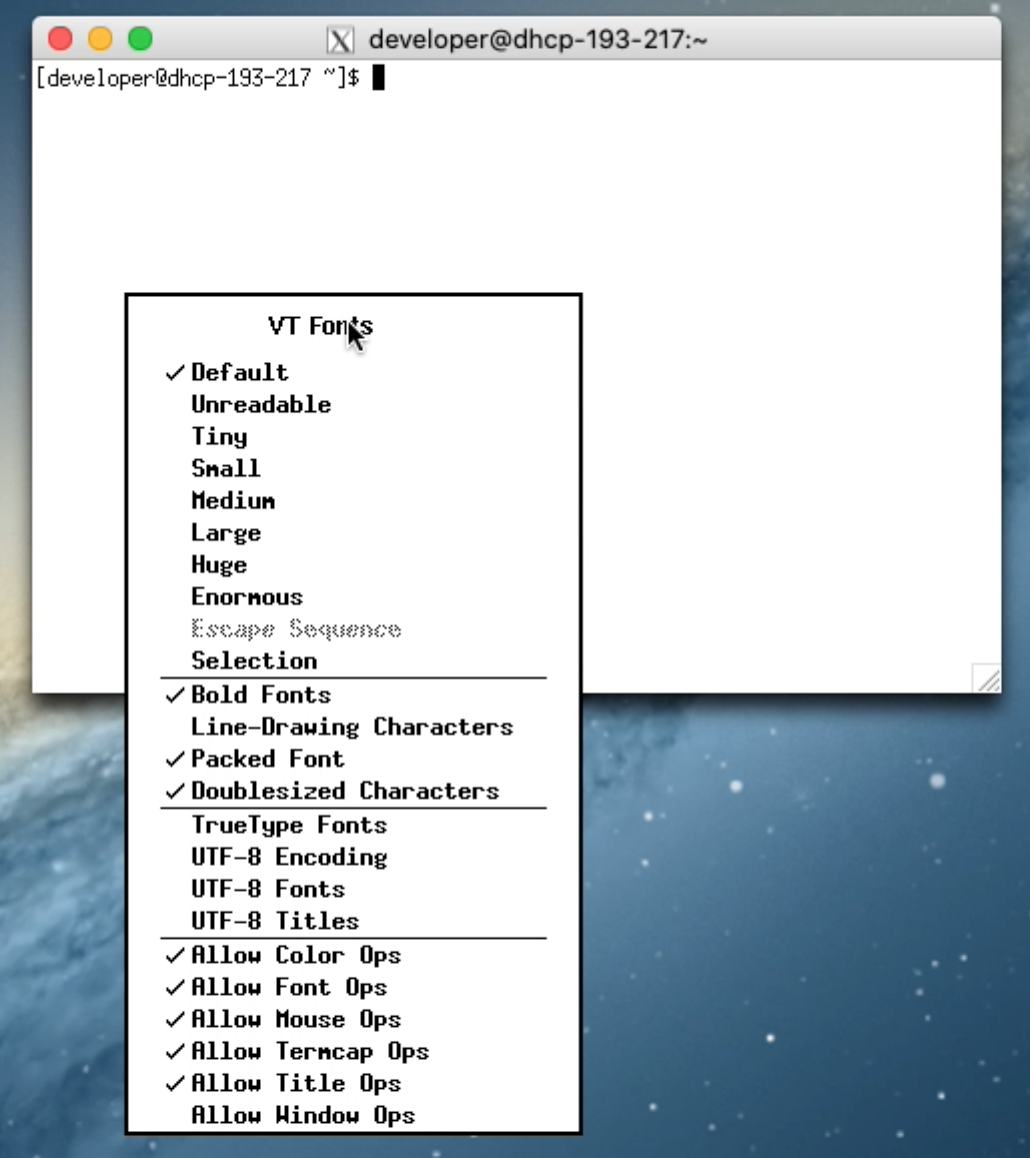 RTM. Going through the man page for xterm, the solution is to run xterm as follows:

XQuartz includes the uxterm script (/opt/X11/bin/uxterm), which looks for a workable locale using UTF-8 encoding, and sets the xterm resources to use the UXTerm class (which allows it to use suitable fonts). The uxterm manual page gives more information.

Setting the encoding without changing the fonts limits you to the ISO-8859-1 (Latin-1) codeset, plus some workarounds for line-drawing.

XQuartz is actually a little old (MacPorts has an up-to-date copy of xterm, which includes support for TrueType font-sets).

Not the answer you're looking for? Browse other questions tagged x11 macos xterm or ask your own question.

16
How can I find the default (font) resource XTerm is using?
6
How to make the login shell xterm use utf-8?
2
How do I remove a particular default xterm X11 translation?
9
xterm not displaying unicode
4
Unable to configure font in XTerm
0
Xterm Set Title?
0
xterm unicode font
0
xterm error loading font: which font package includes iso10646 fonts?
2
Changing xterm font size without a mouse
0
How to set XTerm unicode Font?