Use parallel to speed up a recursive shell max function?

I needed a max function, to find the highest value in an array (of 350 int values), and being a friend of recursion, I tried a recursive approach:

Yes, the canonical unix way would be

isn't far away with 0,010s -- well, it's twice as slow, but for such low values, the error margin might be higher, than the measured value. I'm not so much interested in the fastest performance, as long as the value count isn't too high. However, I was curious, whether gnu-parallel could bring an improvement, and for a long time, I'm waiting for an opportunity to learn more about parallel, but I prefer learning with real world examples, and rarely have examples, which might benefit from parallelizing.

So my naive approach was, to try the recursive version with

and added some experimental options for parallel, like -j+0, which resulted in 350 values, each compared with nothing else, therefore being a maximum on its own. :)

Beside consulting the manpage, I watched 2 of the 4 YT-Videos from Ole Tange, the author of gnu-parallel, to find an example, close enough to my use case, to adopt it with small modifications, but didn't find any.

So I had the idea of asking at SE, but distracted from other things, I had disturbed my 6 shell windows history, so I started writing my question, and wanted to document the command, I tried, but now I wrote:

and surprisingly, it kind of worked. Yes, 4 cores, so 4 results, easy to spot which is the maximum. And I could write a max function, which takes the maximum of these maximums.

So half a second is in the acceptable range for working interactively in the shell, but of course this is only by luck the right number of records, to make this experience. Is the shell known for poor performance in recursion? That's not my main question.

The main question is, whether there is a canonical way with parallel, to perform the function on the result again, which is a typical way of solving problems in functional programming, known as a fold. I guess map/reduce is in principle the same thing.

Since most of the time, data I'm working on is small, I lack the opportunity and suffering, to learn parallel in and out.

Your max function runs in O(n^2) for the first 500 values in Bash. This is most likely due to you calling max with the remaining values. So these values will have to be copied. 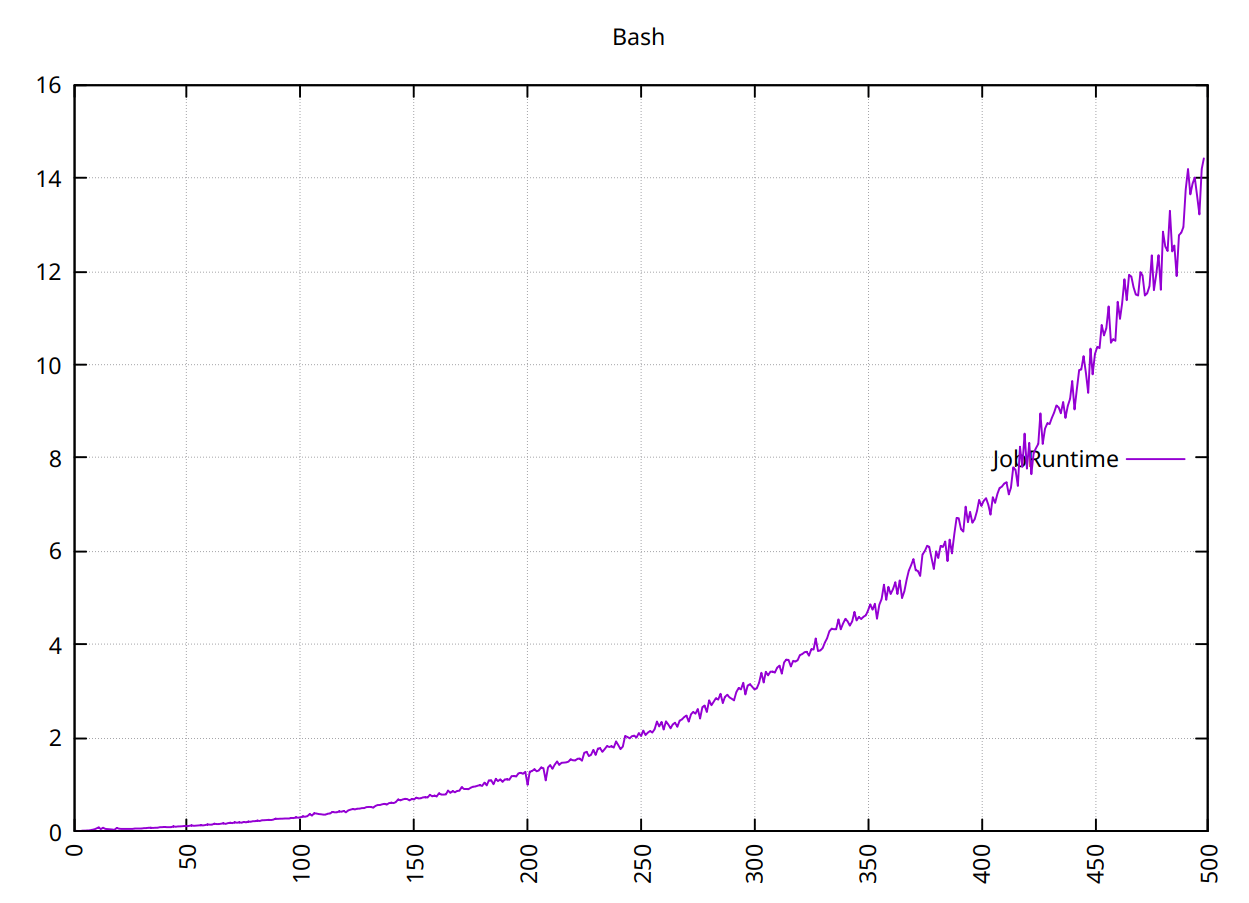 For the first 1000 values the picture is a bit more muddy: 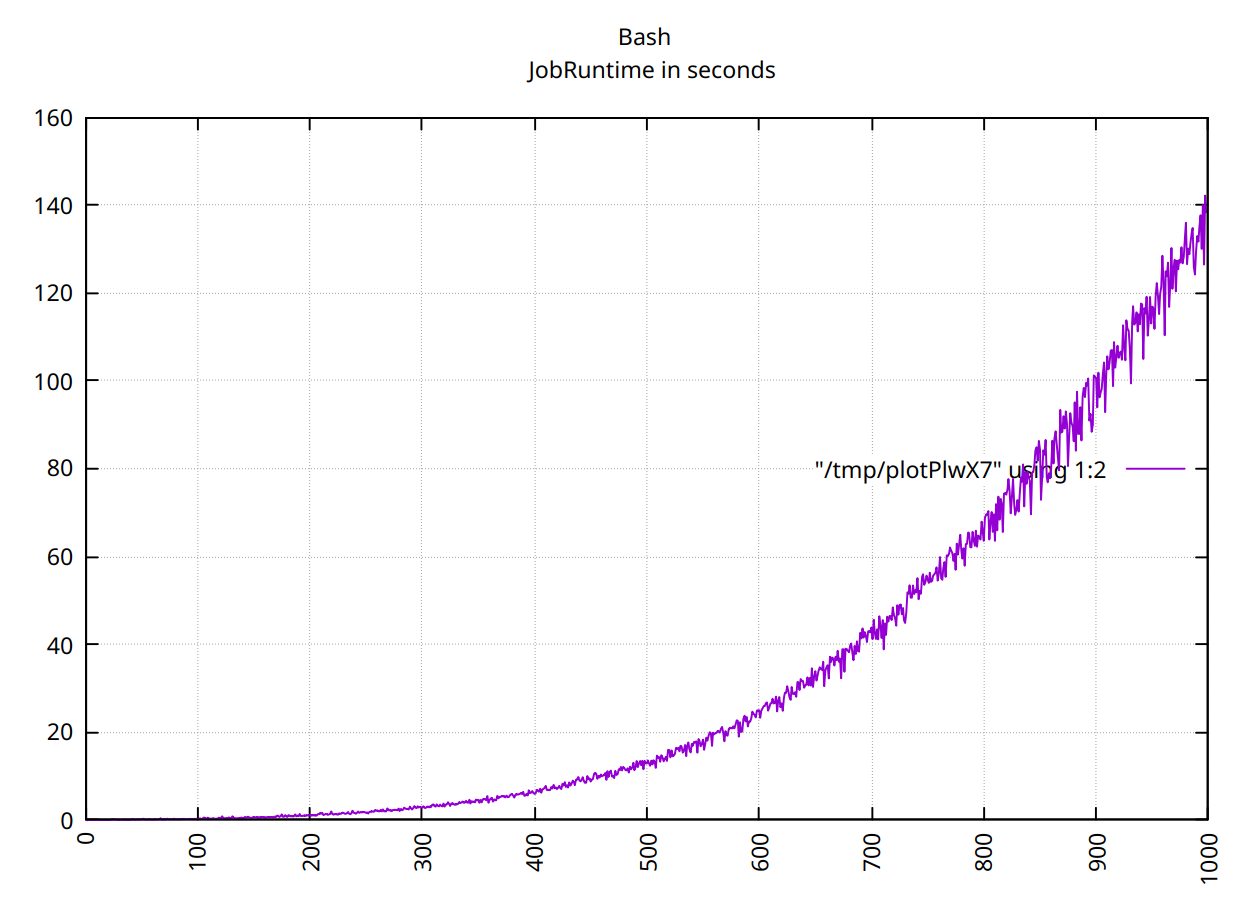 For ksh the first 500 values are not very clear: 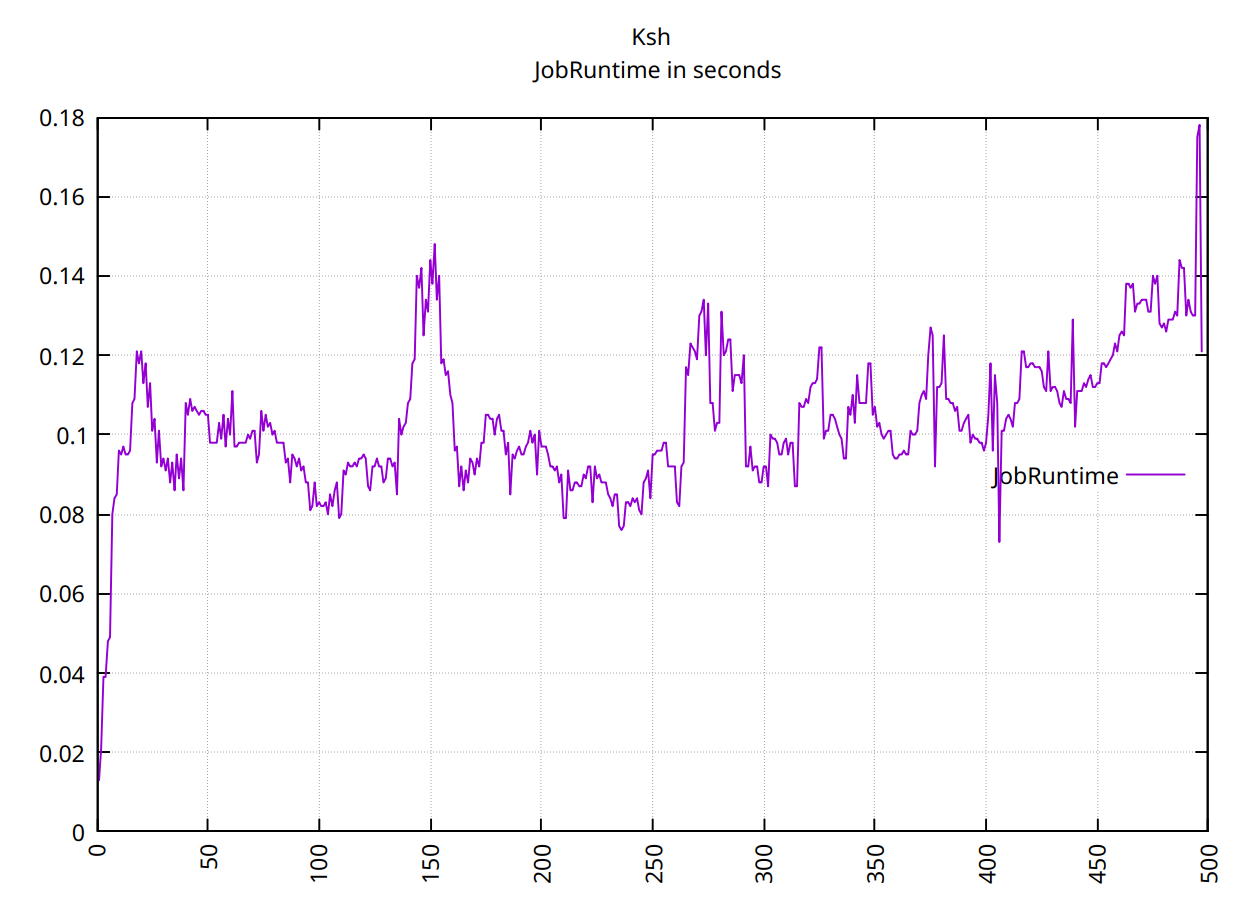 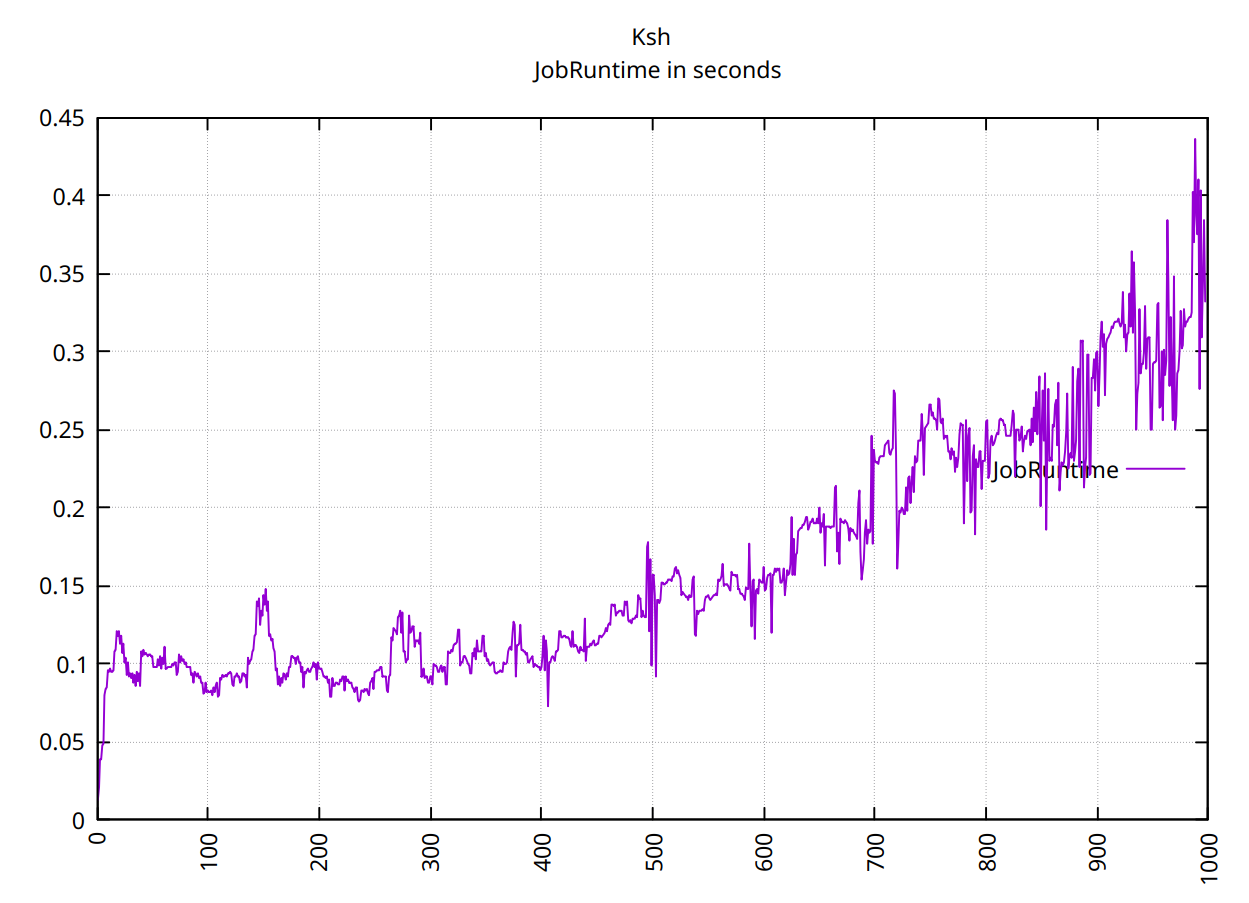 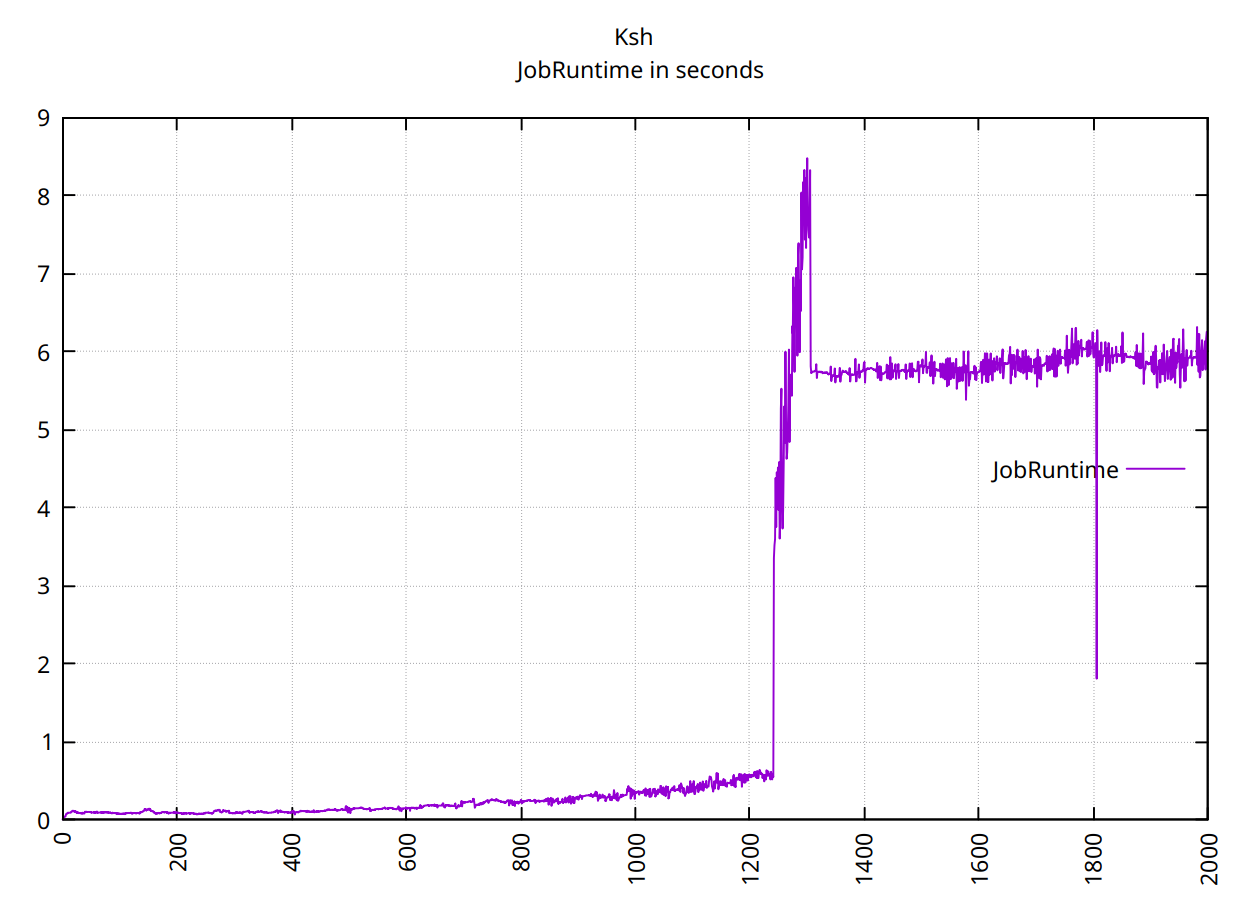 Not the answer you're looking for? Browse other questions tagged bash recursive gnu-parallel or ask your own question.