I created a .gz archive of a disk image (Ubuntu 18.04) of one of my virtual servers with the following command:

While unpacking the archive I ran into the following error: gzip: sdb.gz: unexpected end of file

As I tried to run the .img-file on my own unraid machine as a VM, I ended up in grub. So I knew that there was probably something wrong with the image. Using ls the most important files seem to be there.

The server had a 15GB disk, but I didn't realize a part was missing since it was compressed anyway. The resulting image file is only 4.3GB.

Since then my virtual server has been deleted by my VPS-provider. Now I've realized, that the archive is not complete as it ran into a disk size limit on the receiving machine.

As the basic file structure is available and I'd naively believe that the first 4GB contained all of the VM I'd like to recover the system. The data is not to important imho, but it seemed like something useful to learn and worth a try. My suspection is that something is wrong with the partition information and that the system can't find the correct boot path for some reason.

I tried the steps under Booting from Grub in this tutorial and this question.

While executing linux /boot/vmlinuz-4.15.0-135-generic root=/dev/sda1, I receive the error: error: attempt to read or write outside of hd1.

The correct file system for me seems to be (hd1,1).

does seem to do nothing at all.

What steps do I need to go through to get the system booting again? Can I use a ubuntu iso to repair it?

As said before the original VPS had a size of 15GB, the .img file i pulled out of the broken .gz archive has a size of around 4.3GB. Do I need/ am I able to increase this size with gparted or similar tools? (I'm running it on my unraid machine with above 4TBs of space, but I suspect that's not what @Bodo meant.)

Also, pulling out individual files has limited value for me. Everything really important has been backed up a long time ago, the point of this image was to be able to spin up the exact (or as close as I can get to) environment my software was running in on the rented virtual server.

I just looked into the gparted route: I received this error message:

Invalid argument during seek for read on /dev/sdb

the partition table is at the end of the disk

which is why the partition information is missing.

As the .img file is too small, i can't use the "w" command to write the changes as mentioned on the same page. I'm currently struggling to enlarge this file.

Coincidentally, I did something similar quite recently (although it was due to a hard-drive failure). In my case, ext4 happened to store the pay-load at the beginning of the disk, as shown by this graph (ext4 group usage over group position): 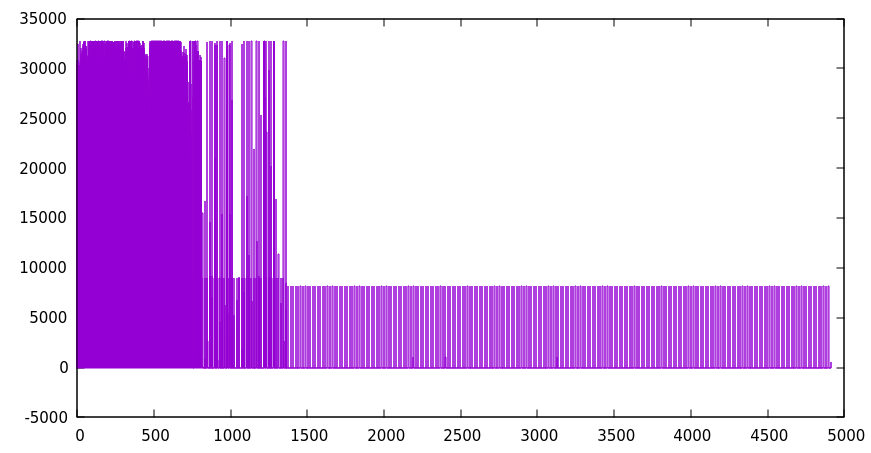 Way A: use a disk drive

Common for A and B:

If the damage is small enough, the system might still be bootable.

Not the answer you're looking for? Browse other questions tagged ubuntu grub disk-image system-recovery or ask your own question.

3
Deleted GRUB root directory. How do I reinstall grub?
2
How to mount/convert a raw CD-ROM image (.img)
4
“Can't have a partition outside the disk!” for vdi created from a truncated image
2
Grub rescue : how to fix insmod normal, unknown file system
0
Broken grub on kali linux partition
2
How to correctly restore system partition (iso image) with 'Disks'
0
Automatically shrink an ext4 IMG file
1
Issue with merging two HDD images into 1