Qt programs have Greek fonts on one Debian account (QtConfig, Virtualbox and VLC)

Update: I have created a new user via adduser and Virtualbox fonts are OK there. This does not solve my problem, however... I still don't know what is going on and I'd like my own user account to have the correct settings.

In my fresh install of Debian with Xfce, programs such as QtConfig, VLC and Virtualbox, which presumably use the Qt GUI framework, all have Greek fonts.

This is really annoying, and I'd like to change it to something understandable, preferably the system-wide font settings.

Here are some screenshots: 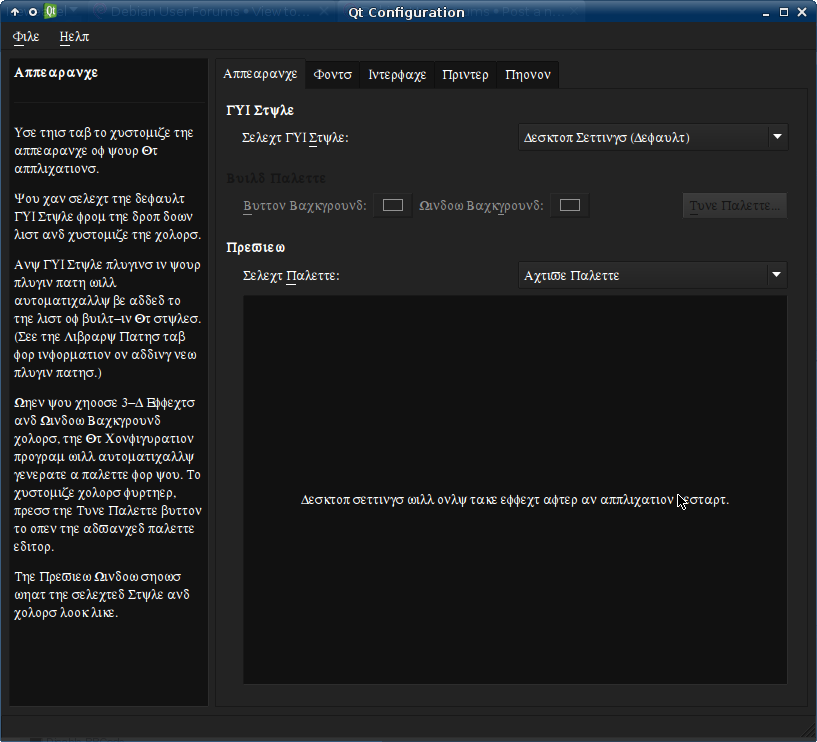 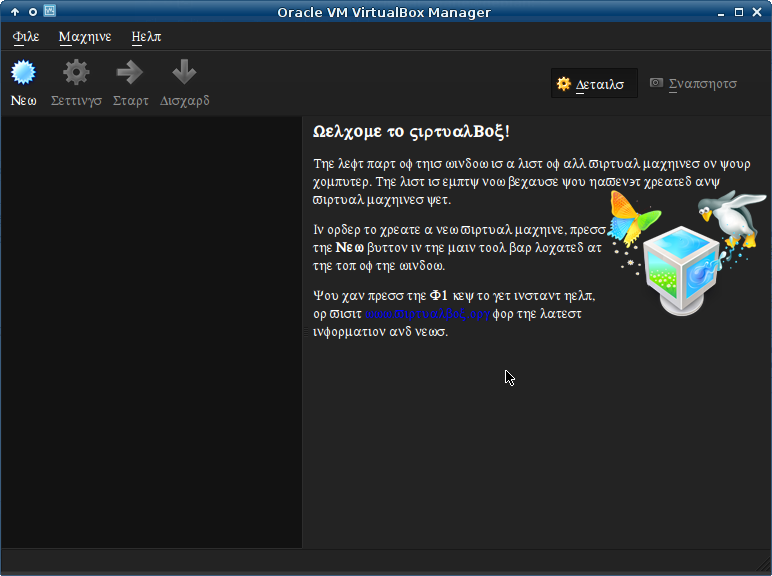 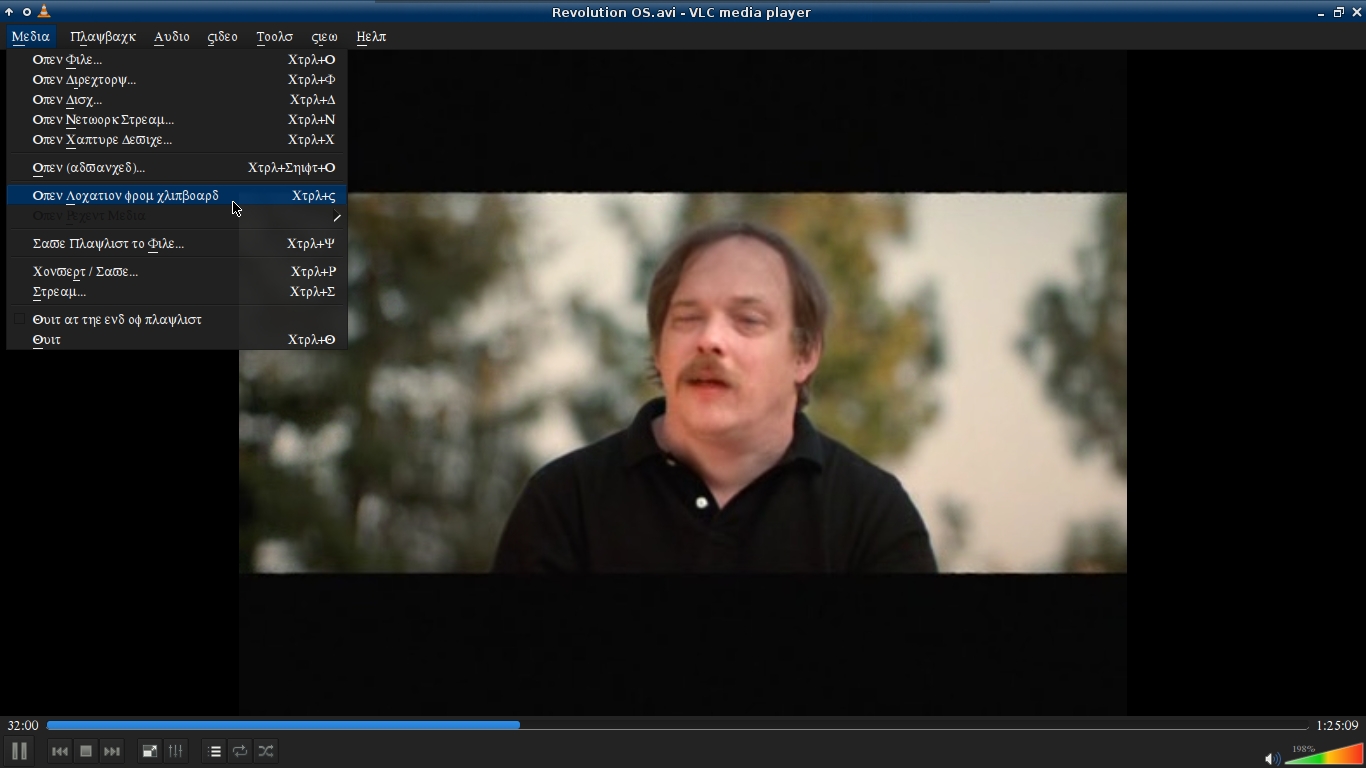 How can I solve this?

It's not a locale problem.

I don't know Greek but I can tell from your screenshot that it's perfectly normal English. It quite clearly says "Welcome to VirtualBox", there's a button that says "New", the one next to it suspiciously looks like "Settings", there are several "the" and other English words. If it actually was Greek I'd expect it to look very different.

So it's not locale and it's not Greek but English.

I suppose you have installed or selected some Joke font on your system which displays ABC characters in Greek equivalents. Unfortunately I am not fluent enough in Qt configuration nor do I know which font that could be to point you directly to the solution.

Maybe it will help you anyway.

Try adding the following to your /etc/default/locale file, maybe also on /etc/environment.

If after rebooting that doesn't fix the issue, try running virtualbox from a terminal like this

or whatever the name of the executable is, and see if that changes anything. I read somewhere that qt 4.7 had locales issues, fixed on the 4.8 version.

Edit, as Chris Brown mentioned on the comments, Setting the LC_ALL variable globally is not a graceful solution. It's more intended as a temporary workaround in case the problem is the bug on the 4.7 version. This change should be undone if that is not the problem or if it's fixed after upgrading to qt 4.8.

Try backing up or clearing your ~/.config/Trolltech.conf

Not the answer you're looking for? Browse other questions tagged debian xfce fonts locale qt or ask your own question.

49
VirtualBox: two network interfaces (NAT and host-only ones) in a Debian guest on Ubuntu
1
debian/XFCE Virtualbox Guest on a Mac: how to use home and end keys?
0
LMDE2 / MATE locale charset inconsistency
3
Debian alternatives system: programs with the same name and priorities
0
what's some good fonts for dual arabic and english use in linux debian?
5
Netbeans fonts have distorted between CentOS 7.2 and 7.4
1
Debian: The following packages have been kept back… odbcinst AND odbcinst1debian2