urxvt writing over itself and leaving colored spaces

URXVT is writing over itself and leaving behind colored spaces... I feel like this is easier shown than described:

This started occurring overnight without making any changes, so I'm not sure where to even start diagnosing the issue. It does only occur in urxvt, no other applications, although I don't have any other terminal emulators to test on. I am using a picom branch that has rounded corners, which I forgot the name of but if it's useful I can probably find out, and this is the neofetch output if it's of any use: 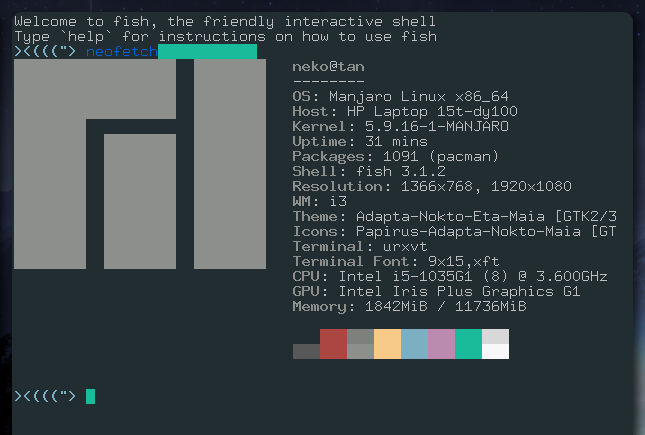 Any ideas of what might be causing this issue or how to fix it? I haven't seen anything else regarding this issue, and it's not documented in the arch wiki either.

Browse other questions tagged terminal terminal-emulator rxvt fish or ask your own question.

3
Copy-paste between urxvt and abiword
1
Urxvt and tmux - set window title
1
tmux, urxvt, and copy-and-paste woes…
2
Bash prompt over-writing current line
0
Making a simple app launcher with urxvt and fzf
1
XTerm only display part of some unicodes and Urxvt displays nothing
0
URxvt not working properly with backslash characters \n and \t (given my particular ~/.bashrc configuration)