am using iTerm with Tmux, but I see this without tmux. If I hit SHIFT+SPACE I get the escape sequence ^[[32;2u. Is there a way to suppress it or disable that escape sequence? I am not seeing it in my preferences as a predefined escape sequence

The solution depends on the application that enables the xterm modifyOtherKeys feature. iTerm2 recently adapted/imitated/whatever this from xterm.

The xterm manual in turn mentions a page in the FAQ XTerm – “Other” Modified Keys which gives information on the feature, and in that page's Other Programs section points to an iTerm2 discussion where Nachman added the CSI u feature in January 2019. That gives the same information as modifyOtherKeys, using a slightly different format (see formatOtherKeys, which dates from 2008).

Here's a screenshot showing the preference: 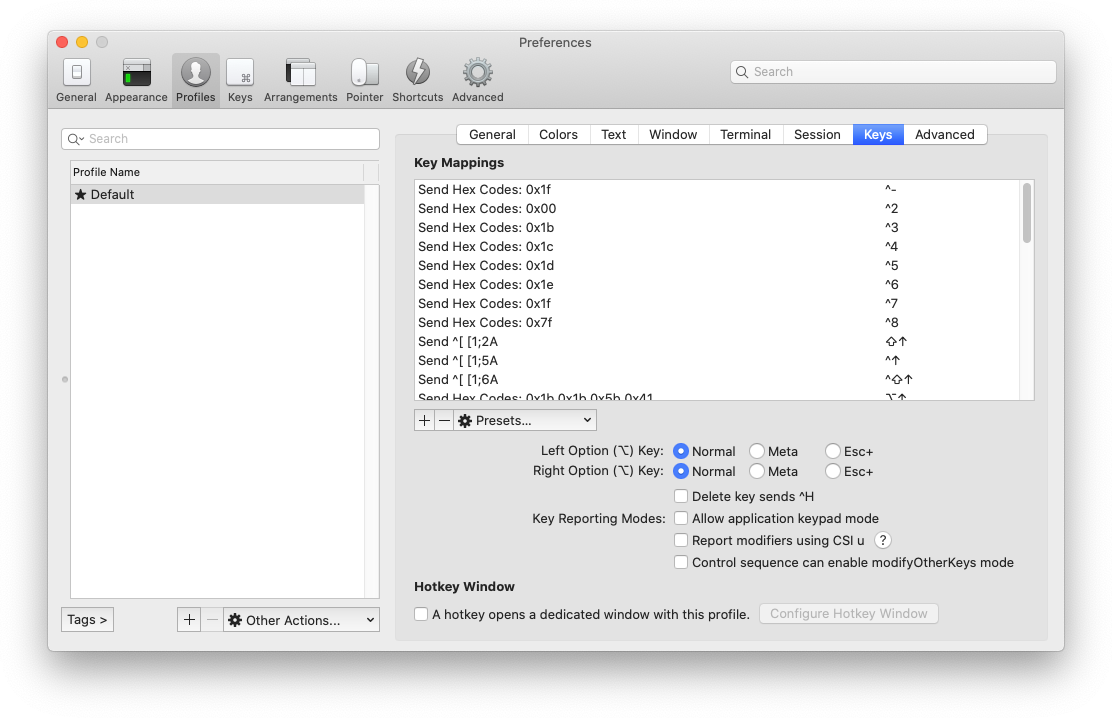 The "?" help points to iTerm2's website, which is a bit lacking in depth (ymmv). My intention when I developed the feature was that applications would enable it temporarily, rather than making the terminal turn it on indefinitely.

Not the answer you're looking for? Browse other questions tagged escape-characters iterm2 or ask your own question.