Can't install any linux flavor due to some firmware issue, [Firmware Bug]: No firmware reserved region can cover this, contact BIOS vendor for fixes

I've been a linux user for the past 5 years.So I don't shy from the cli and troubleshooting issue. It's been a week and when I had tested out a lot of permutation and combinations of what could work and it didn't pan out, so I thought of posting it online, for help.

Earlier I had open source drivers ( not sure about this though ).

I've been running ubuntu 20.04 from the very start of it's launch in April 2020. There weren't any issue till a week back.

The initial suggestion I found was to use nouveau.modeset=0 through editing the GRUB menu. It did log me in to the system but only once.

I checked a lot of sources :

I acted on both of these one-by-one in the last one week.

I could log in using the older kernel ( I think it was 5.2.xx or sth ) but that too intermittently, like 1 in 3 times.

NVIDIA drivers are the culprit

Earlier I could install ubuntu , so I installed a fresh copy of ubuntu 20.04 and then installed propriety drivers of NVIDIA i.e. nvidia 450. After reboot it started getting stuck again.

I tried arch linux first but that got stuck the same place Then tried Manjaro ( although it was built on Arch, I thought maybe more stable ), stuck at the same place.

Tried 20.04 nvidia version, it got stuck at the same place as other OSes I read that they've an NVIDIA variant, thought this must be stable. Then I thought of installing with an older kernel so downloaded 18.04. It got stuck here : 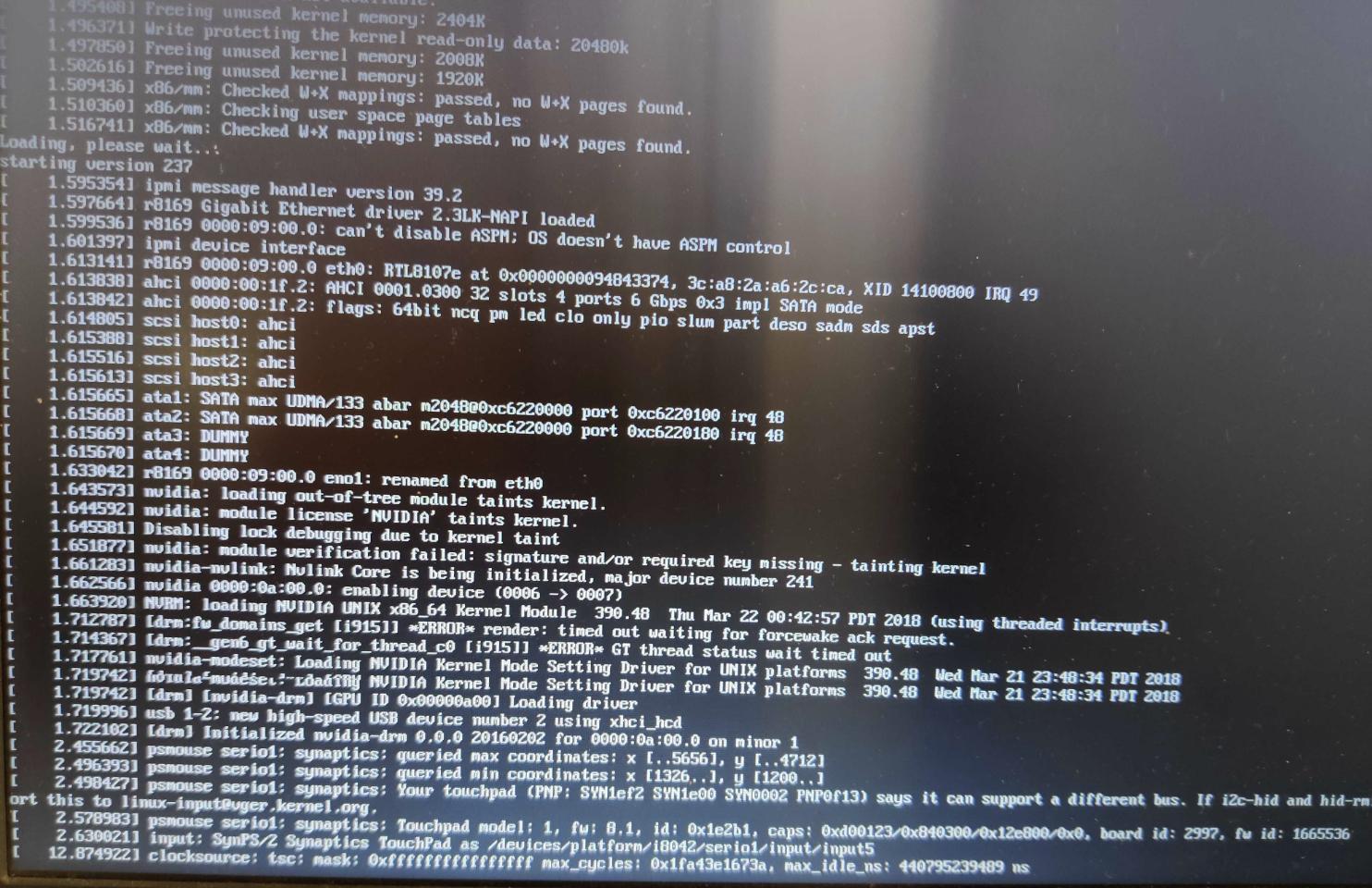 Would be extremely grateful if anyone could help me troubleshoot this issue. A lot of my work depends on this.

From discussion in comments it seems that the issue is with i915 Intel GPU Drivers. I had tried installing this using Windows and HP assistant but it crashed even there.

Also how would I install it, if I am not able to install the linux OS itself :?

3
How can I stop “Timed out waiting for forcewake old ack to clear”?

2
How can I use my server to compile a kernel for my laptop?
9
How to write/edit/update the OsIndications efi variable from command line?
6
Kworker is at 100% - I think I've tried everything!
1
Black screen on boot
1
Frequent freezes and reboots on Lenovo Legion 5i RTX2060