After not doing so for a few months, I recently dist-upgraded my Debian testing system. Since then when I move my mouse cursor a transparent rectangle with black borders is shown around the cursor. The rectangles also remain on the screen with a delay effect until something is changed (mouse click, arrow keys, etc.). 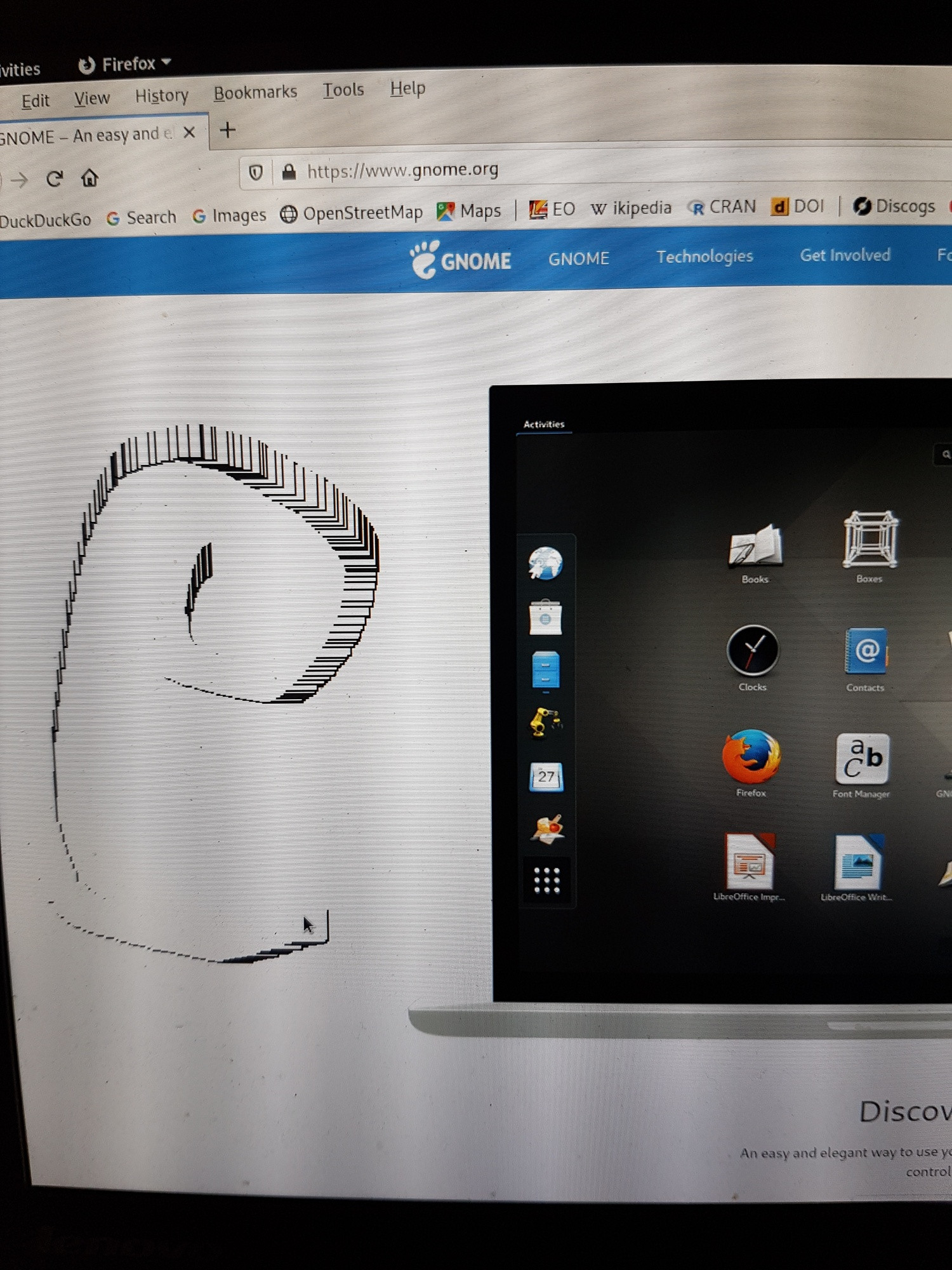 For creating the screenshot I moved the mouse cursor in a spiral and then took a photo. The effect wouldn't show in gnome-screenshot (either it would disappear or the entire screenshot would be black except for the last rectangle).

I used the same machine and setup successfully for years and just ran apt-get dist-upgrade (and also updated the firmware) last week for the first time in a couple of months.

Any insights as to what might cause the problem and how it can be fixed would be much appreciated.

A colleague pointed me to this bug description for GNOME under Ubuntu:

So far (as of today) there is no proper fix to the problem there but they have found a workaround:

Clearly, this disables zoom and may thus be problematic for many users. But it does avoid the problem with the trail of rectangles and may hence be an acceptable workaround for some users (like me).

Not the answer you're looking for? Browse other questions tagged debian gnome mouse or ask your own question.