On my wired LAN, with 1GBit/s devices, I have two Linux machines (One Haswell, One Skylake Xeon) and when I do a secure copy of a large file, I see 38MB/s.

Seeing that this is 3 times below the 1000Mbit/s spec, I wonder if this performance is as expected?

Both machines use SSD for storage, both run 64bit Ubuntu.

During the transfer, both machine have approximately one core at 30% load.

The router that sits between the machines is a TP-Link Archer C7 AC1750. Both machines have Intel(R) Gigabit Ethernet Network devices that are in Full Duplex mode.

What is a normal scp transfer speed on 1Gbit LANs?

The TP-Link router in between was the weak link in the network, and could not keep up.

It does seem slow from a theoretical stand point although I've not seen any transfers much quicker practically on home hardware.

In addition to the other answers:

If everything is completely in your favor you should approach 70-80pct of 1gbps (ie, 80 pct of 1024 megabit per seconds, ie 0.8*1024/8 megabytes per seconds) , but it could be at the detriment of other types of connections connections (low packet sizes, or needing more responsivness and less latency)

Lastly, never underestimate the bandwidth of carrying a USB key (or drive) over... (by foot, which is also a health bonus)

-multiple factors involved if you are experiencing slowness in transfer speed :

1- throughput of the server itself.

3- the L2 Device in between could cause such slowness [try direct connection to avoid this].

What is a normal scp transfer speed on 1Gbit LANs?

Also don't forget disk caching. For example if your server has 128 GB RAM and your win10 PC has 32GB of RAM and you just 7-zip tar a single file that is 10 GB, that 10GB single tar file can all be in RAM and not (yet) on the disk. So copy transfer speeds in this case will not be hindered by disk I/O until you run out of ram compared to the file size you are copying and disk caching can't keep up, at which point you will observe the constant 112 MB/sec copy speed drop right down to some lower speed (more so with spinning disks versus SSD's) because of disk i/o. As well as a few other things, independent of the 1 gbps wired network and associated network hardware, can reduce you from that 112 MB/sec transfer speed.

Worth noting: a huge killer of transfer speed that can reduce it from 112 MB/sec down to kilobytes a second is copying a folder with many subfolders and [small] files so don't ever do that it way if you want transfer speed. In such a case it's best to first tar or iso it all up into one file, however large it may be, and transfer just that one thing and extract it at the destination. 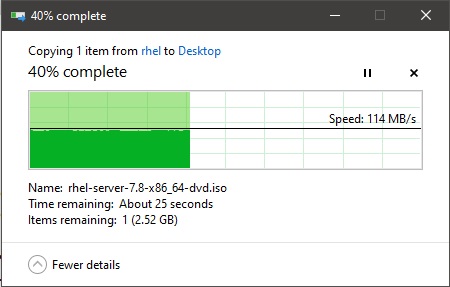 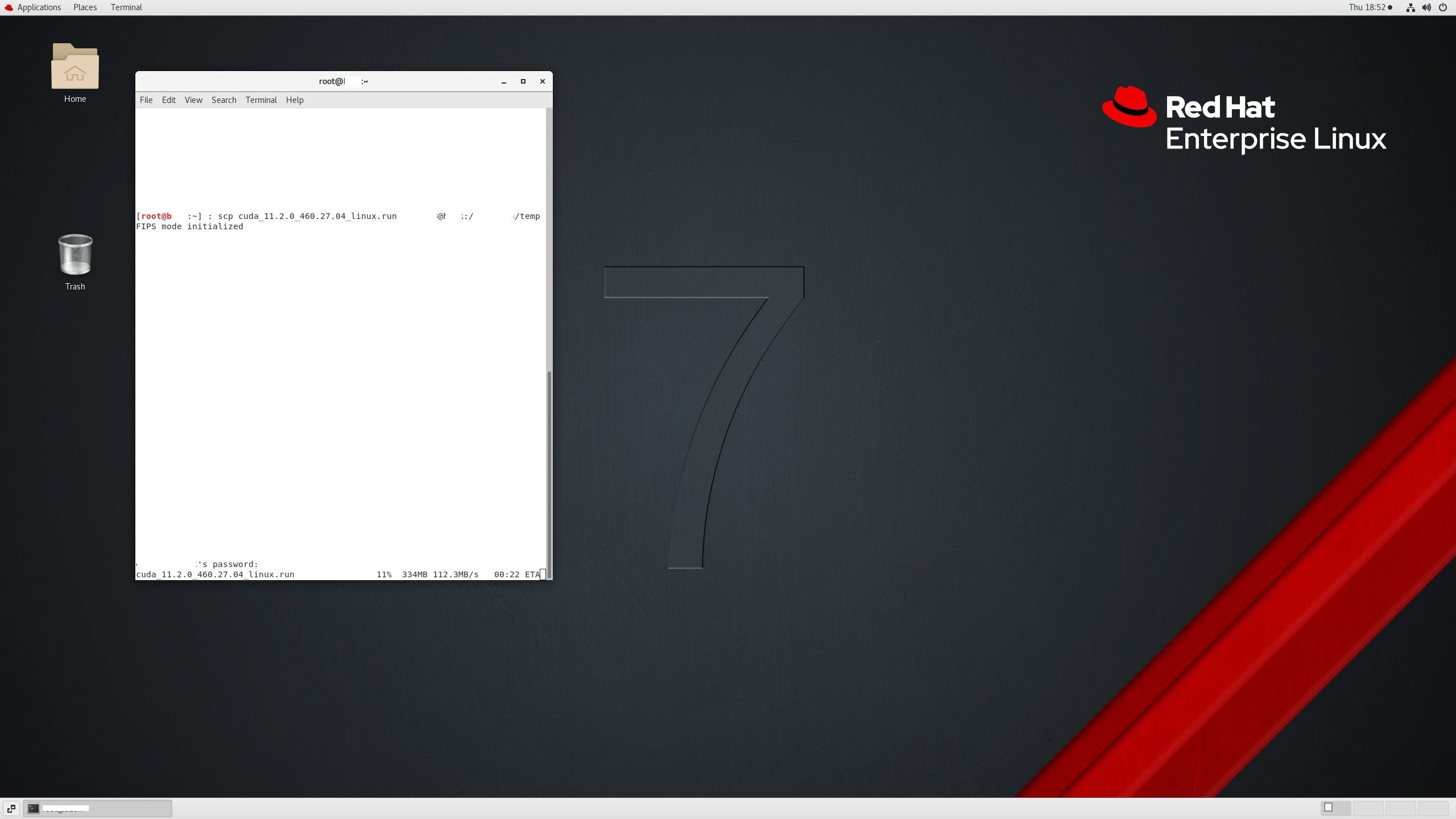 Not the answer you're looking for? Browse other questions tagged networking scp ethernet or ask your own question.

4
SCP works, but SSH doesn't (over wifi)
2
IPv6 in IPv4 over LAN
0
targeted network speed over LAN
1
Copy files to multiple computers over LAN
0
Force internet traffic over LAN, but connect to router over WiFi
2
Scp command over ssh without password in script
5
Slow scp transfer speed over wan
0
Possible to run rsync over scp?