How to stop super key from opening context menu?

I recently installed manjaro linux and the super key would simply open the whiskermenu. However, I was messing around the xfce4 keyboard shortcuts and I hit "reset to defaults" thinking it would revert to its untouched settings, but instead it reverted to some other default that made the super key open a context menu instead of the whisker menu. 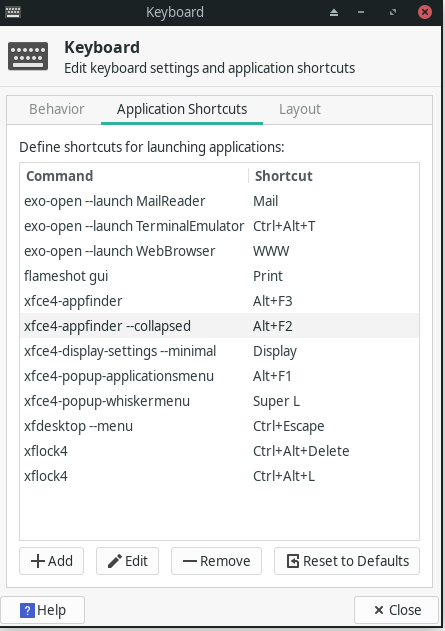 I have tried reinstalling xfce4-settings multiple times but it hasn't changed anything at all.

EDIT: After some further testing with the xev command, I noticed that the super key is also sending an ALT_L event, which is replicated when I press the left alt key. It is also sending a bunch of other events but I'm not sure how to interpret them. 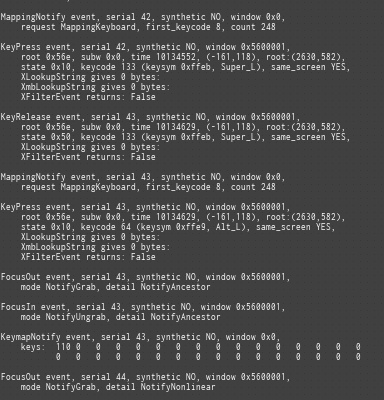 EDIT 2: I've confirmed that the command xfdesktop --menu produces nearly identical results to pressing the super key. However, removing the ctrl+escape shortcut from the menu in picture 1 does not change anything. It seems that something somewhere is deciding to execute this command whenever I press the super key. xev also doesn't really produce anything interesting when I run xfdesktop --menu.

EDIT 3: After asking on reddit, someone suggested that xcape could be involved. I searched for xcape in the task manager and sure enough I found a process called xcape -e Super_L Alt_L F1. 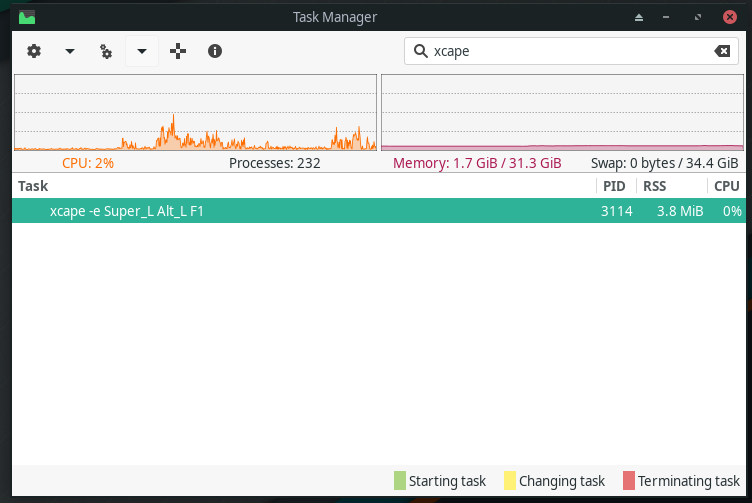 I killed the process and it stopped the weird super key behavior. However, this process always starts whenever I log in or reboot and I don't know why.

Not the answer you're looking for? Browse other questions tagged keyboard-shortcuts xfce manjaro super-key or ask your own question.

8
keyboard shortcuts only work with left super-key
10
Whisker menu remove keyboard shortcut
15
How to bind the Super-key to whiskermenu without breaking Super+Other combinations?
3
Overlapping shortcut keys in Manjaro
3
Anydesk connect Linux to Windows and transmit super key
3
How do I disable the menu access shortcuts in xfce4-terminal?
3
xfce - How to unbind 'Super' keyboard shortcut from whiskermenu
1
Super key stopped working