I had installed Fedora17 32bit on my 168GB external drive & I was loving it for about 2 weeks. However something bad happened and now whenever I boot via external drive 'Grub Error, unknown filesystem' appears and I can't proceed. I had been using following partitioning layout: (all as ext4)

...rest as NTFS (to be used universally)

The following application (under Windows) has the feature of even identifying Linux based filesystems but as you can see everything is corrupted. 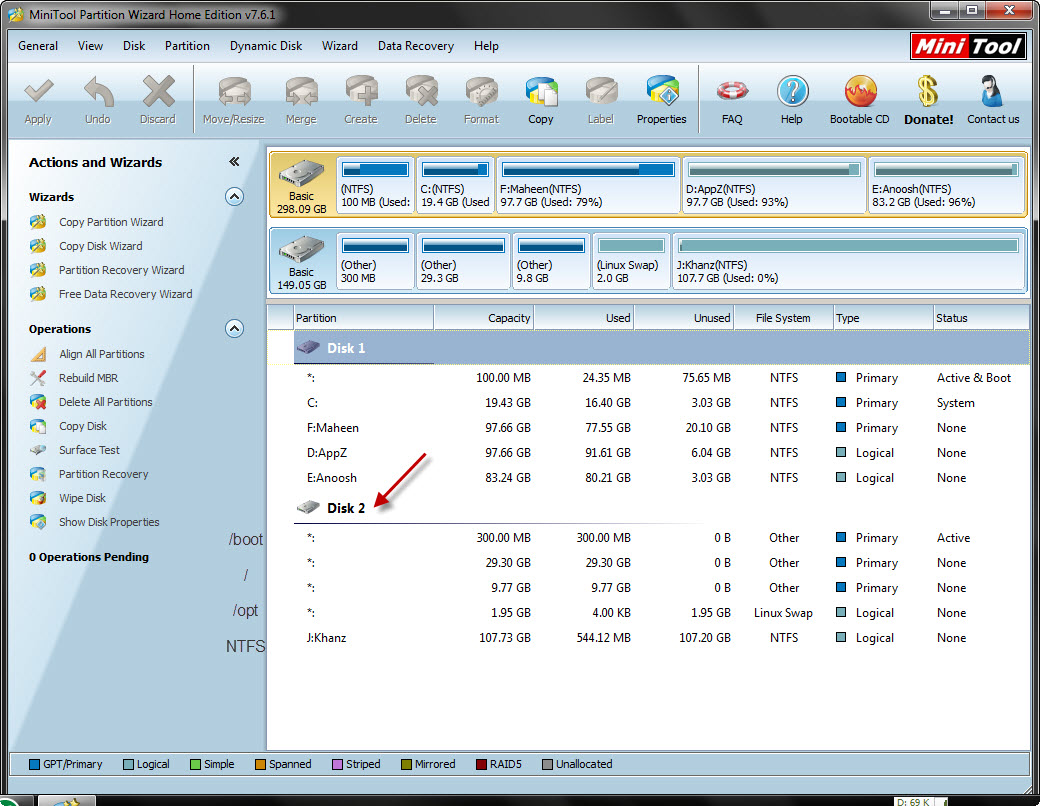 Now I can absolutely recal that I did two things that I believe may be the source of corruption & I urgently need help in troubleshooting it.

I panicked (because I have installed many educational application in my Fedora) and just restarted via pressing Ctrl+Alt+Del then the final dreadful error 'Grub error Unknown filesystem`.

I booted via bootable USB the same O installed Fedora with, the following screenshot is of application 'Disks' 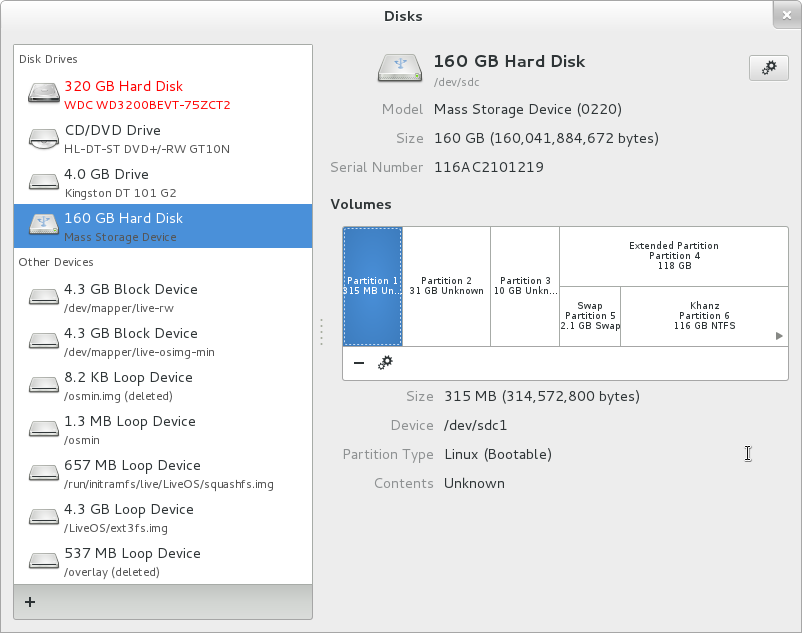 It doesn't recognise anything except the swap and NTFS (labelled khanz) partitions. I even can't retrieve my Maple/Matlab licences from these (as of now) — unknown filesystems?

I was told that I should have a separate /boot partition because that avoids what I am facing presently, but that didn't go well either.

I assume that you somehow made some typo error and you ended by losing the ext4 suberblock.

Boot from a live cdrom or liveusb and try to recover the superblock following these instructions:

For you to get the proper alternate superblock you need to now how the filesystem was originally created. So if you by any change did not use the standard blocksize during the creation of the filesystem, add to step 1 the -b http://blog.mattrudge.net/2012/03/17/recovering-bad-superblock-on-ext4/

If this is indeed your problem them after the fsck you should be able to mount your filesystem normally.

Not the answer you're looking for? Browse other questions tagged fedora boot partition grub or ask your own question.

3
Deleted GRUB root directory. How do I reinstall grub?
1
How to add entry for bootable external drive partition to internal bootloader?
0
Fedora 22 instalation
1
fedora grub rescue
0
When installing Fedora 26 I somehow installed in Legacy mode(?) and now I can't boot into Windows
2
Reinstall grub on a different drive?
1
Using grub to properly boot from an external backup drive
1
Modify grub to dual boot fedora with windows 10