While working on the computer 2 times for long durations (~10 hours), the system froze - only mouse cursor moving, nothing else. Similar situation is described in this answer.

NOTE: Both the times, I had only 1 web browser opened (Opera) with just 2-3 tabs. No other heavy application running.

I have been keeping track of CPU usage using the system monitor app, and I have noticed that the CPU cores show unusually* very high usage.
(*When I had Ubuntu 18 installed, it didn't have this problem.) 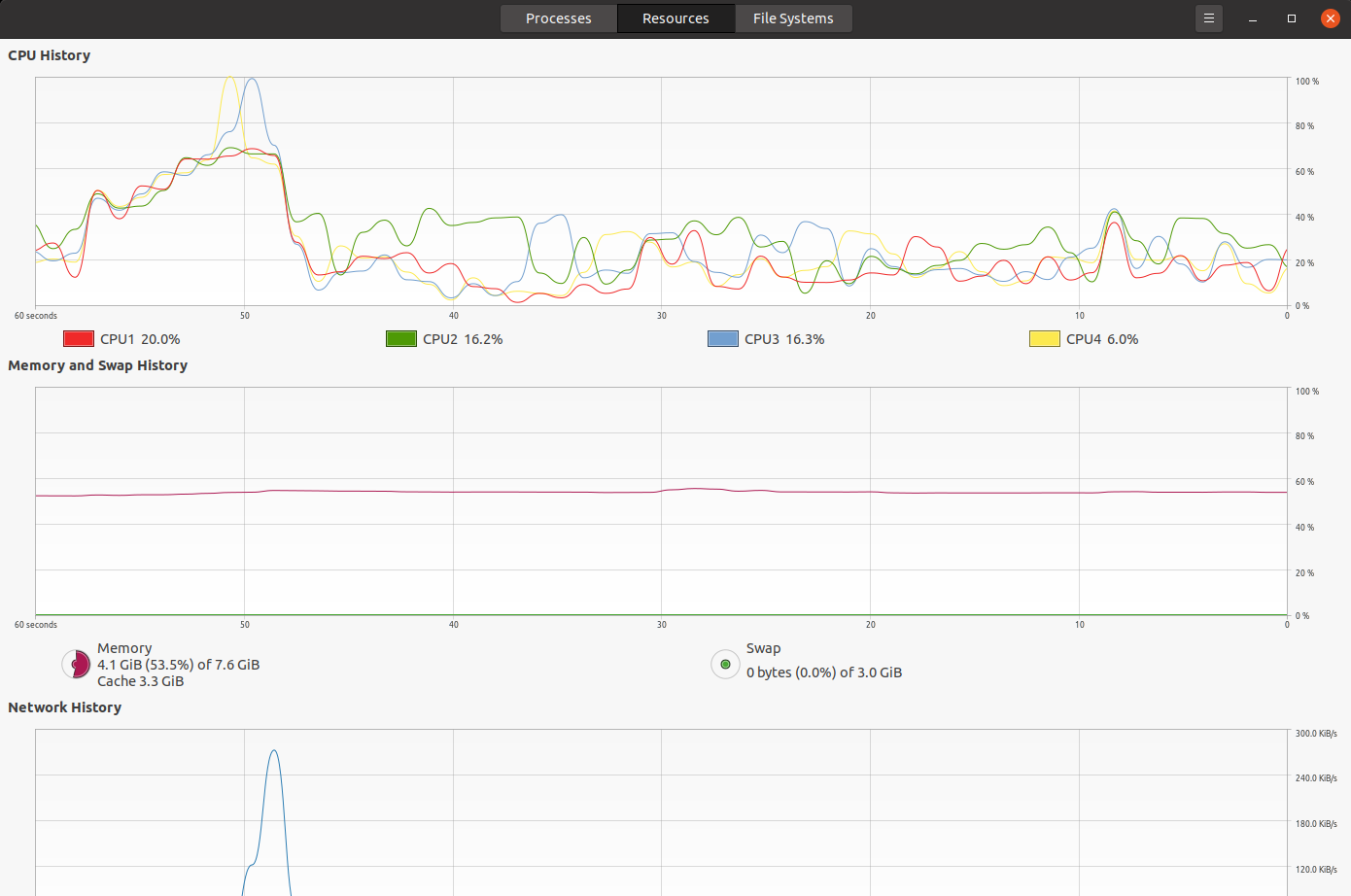 What can be the cause of such high CPU usage?
Also, is there a way to throttle CPU usage so it doesn't reach the 100% usage, so as to prevent system freeze?

when the system froze, I tried to login to the shell using through the command ALT + F1, but instead of shell, login "screen" appeared after some seconds, through which I was able to log into my user profile entering my password. I use the default GNOME desktop enviornment; Originally, I clean-installed Ubuntu via minimal installation.

Let me start with your quote:

This is not a system freeze, your mouse was still responding.

when the system froze, I tried to login to the shell using through the command ALT + F1, but instead of shell, login "screen" appeared after some seconds, through which I was able to log into my user profile entering my password

Such problems are usually of software (desktop environment) or hardware (graphics card). My bet is the DE.

You can restart the DE via SSH from other machine, or (depending on what is more convenient) use the console, restart GNOME, get going again.

Opinion-based side note: You can try the new Ubuntu Cinnamon, link. I bet it will not "freeze".

Not the answer you're looking for? Browse other questions tagged ubuntu gnome desktop-environment troubleshooting or ask your own question.