Will two different Linux Distros support the same device drivers given that they use the same kernel?

I stumbled upon this Intel webpage that supposedly provides the proprietary WiFi drivers. I am currently using Ubuntu 20.04. 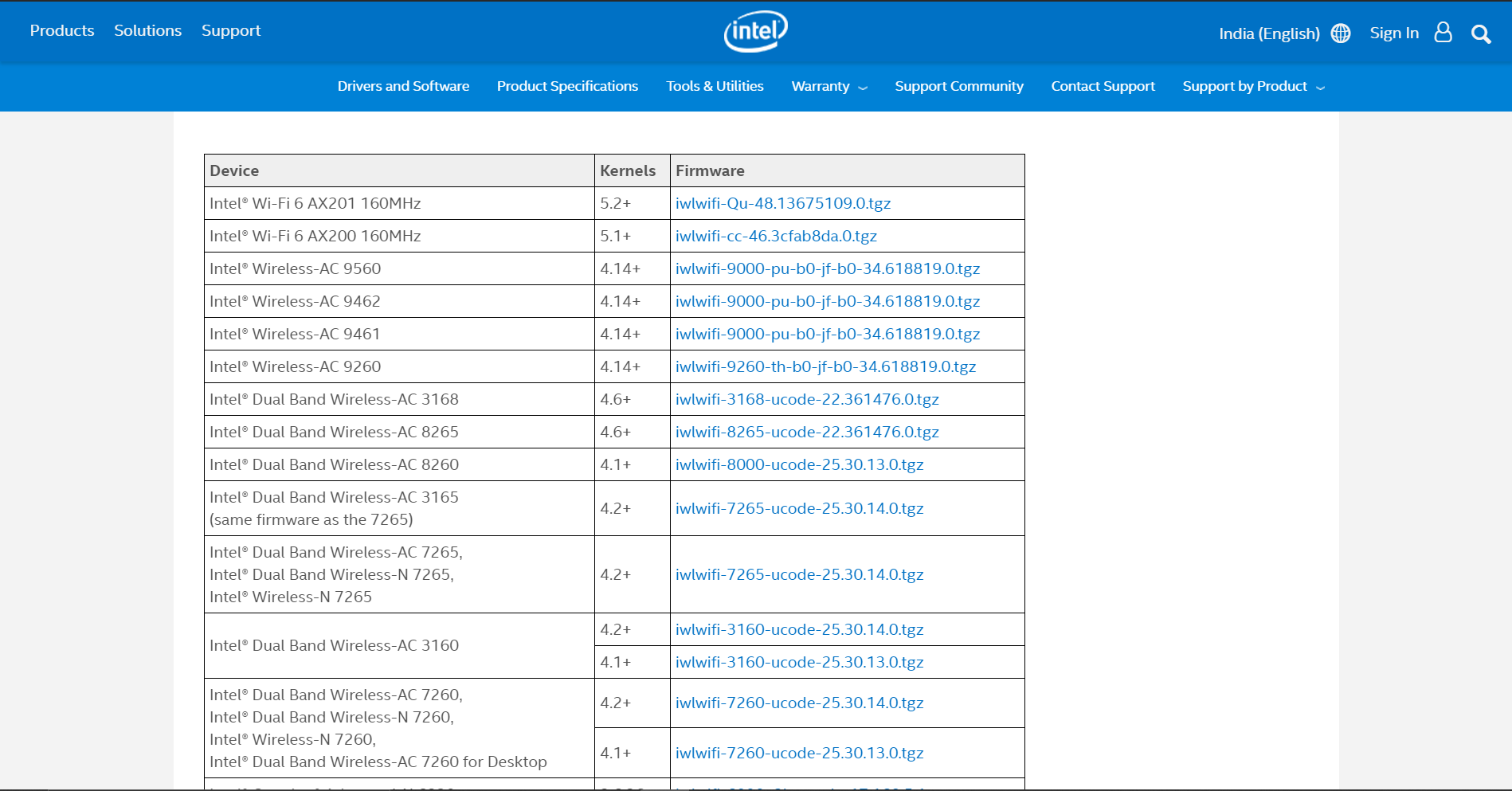 Can device drivers be installed on any Linux Distro (like Ubuntu and CentOS) if they are based on the same Kernel (say 5.2)?

Of course, I assume that the Kernel version satisfies the version requirement given on the page.

The reason why I am uncertain of the answer is that I know that many Softwares are developed for the specific Linux distro and even released separately which can be installed through their package managers. Isn't the system similar in the case of device drivers?

Those are not drivers.

They are firmware packages for the WiFi chips themselves. The WiFi chips don't generally have persistent flash memory for the firmware, so the driver (in this case, the open-source iwlwifi driver for essentially all modern Intel WiFi chips) needs the correct chip-model-specific firmware file for loading into the chip as part of initializing the chip for use.

Typically the kernel does not need to understand the contents of a firmware file at all; it just needs to stuff the contents of the file into the hardware in question in an appropriate way.

These firmware files can be installed on any Linux distribution: they typically go into /lib/firmware/. But the actual driver needs to be of a new enough version to know how to actually communicate with the chip to make use of them: the webpage documents the kernel version at which point the support for a particular WiFi chip was added into the driver in the "mainline" Linux kernel.

So any Linux distribution whose kernel version is at or above the level specified for a particular WiFi chip is essentially guaranteed to support that chip.

However, sometimes some distributions (especially the "enterprise" or Long Term Support distributions) use an older kernel, but backport newer versions of drivers into it. In such cases, you might find that the distribution supports some piece of hardware, even though its kernel version doesn't seem quite new enough for it according to this list.

Sometimes, other people produce PPAs of newer drivers for older kernels, or otherwise produce more or less easily installable additional or upgraded drivers, if the hardware in question is popular/important enough.

For example, trying to use a driver module that was compiled before the implementation of the major Spectre/Meltdown workarounds with a kernel compiled after it, or vice versa, may easily cause the system to hang or crash.

Drivers that are available in source code format and must be compiled for your specific kernel version can be somewhat more flexible than drivers provided in pre-compiled form, but both can have version compatibility limits in both directions.

Not the answer you're looking for? Browse other questions tagged ubuntu kernel software-installation drivers or ask your own question.

6
Why are Linux installs bigger than I've read? Some beginner questions
5
What considerations need to be made when choosing the version of kernel for an embedded device?
3
How to deal with tearing in Gentoo on NVIDIA?
5
Why do we need initramfs and initrd
0
AMD Catalyst 15.302 Build Failure on Ubuntu Server 14.04.05
1
How does the same Linux version work on different hardware
2
Why Linux module API isn't backward compatible?
0
Seeking advice on source of compilation errors in kernel header files