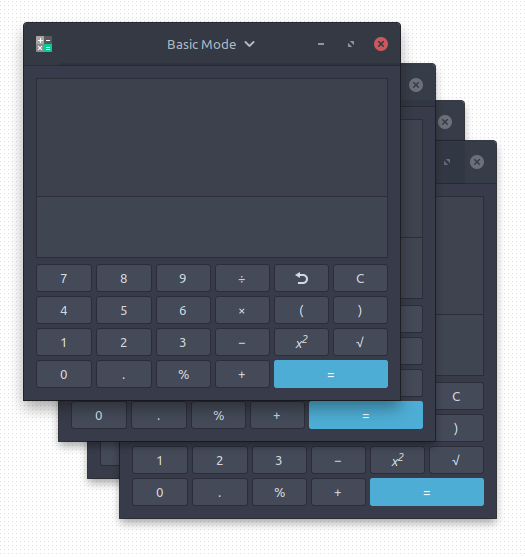 I am expecting the Cal button launches gnome-calculator but if it is already running, when Cal is pressed again, it will reveal the existing window, and so on and so forth.

I've found, using dconf editor that I can customize the desktop.
So far, I've also found the string to execute the gnome-calculator which is:

I use dconf editor such as this one: 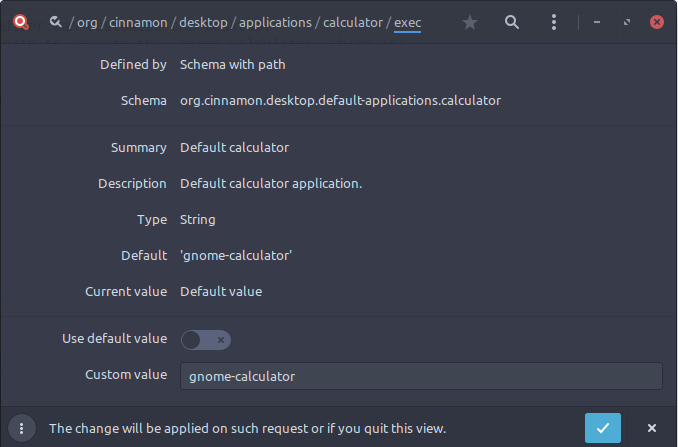 So far, what I need is to change the Custom value with the proper command to check the existing calculator window and reveal it.

What is the command (or script too) to focus on existing gnome-calculator window? And if it doesn't exist, simply spawn one.

Thank you in advance.

I've found the answer. This problem turns out not a specific DE problem. It's the behavior of the app itself which is gnome-calculator.

So, the basic command is this:

To make it work in dconf command, warp it in shell command and apply it to dconf using terminal such as this:

With this one,you need to installxdotool.

Not the answer you're looking for? Browse other questions tagged gnome keyboard-shortcuts cinnamon gtk dconf or ask your own question.

7
How can I find what is interfering with CTRL+F?
5
synchronize gnome 3 (panel) settings between computers
5
Set focus to newly open window
2
Is there a key binding to switch to “last” workspace in mint 17.2?
2
Separating clipboards on Cinnamon
1
Open terminal window from script
1
Mapping mouse events to key presses using xbindkeys