Windows' “color a”, “color b” equivalent on bash terminal

On Windows OS, I can type just color a or color b or color c etc. to change the font color in the terminal temporarily.

Is there a command to do this in bash terminal?

I don't want to make permanent changes, just for the open session is enough.

You're referring to a command that expects values 0-f (i.e., 0 through 15 decimal). The analogous command would use tput:

("a" is hexdecimal for 10), for the foreground color and

for the background color. Those are separate terminfo capabilities.

That example assumes your terminal description has at least 16 colors. If it has only 8, tput will not notice, but the result will be unsatisfactory. You can see this by

By default, tput uses the current value of $TERM to select a terminal description. You can override this with the -T option. For example, if you are using xterm (as opposed to some other terminal which sets TERM to "xterm"), you could use the xterm-16color terminal description as shown in this screenshot: 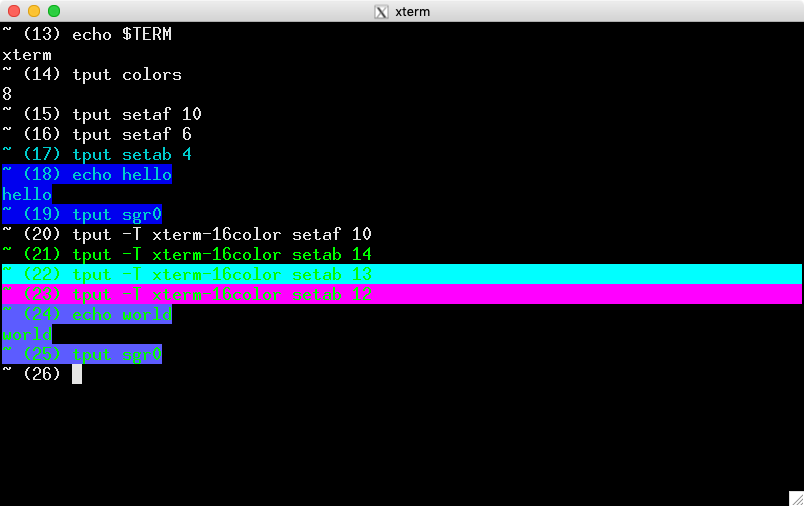 (You can probably see that the tput on line 15 had no useful effect, which is expected since 10 is outside the range of 8 colors).

The terminal description, whether xterm or xterm-16color (or xterm-256color) tells tput how to make an escape sequence which can be written to the terminal. Your bash prompt may send escape sequences as well, setting or resetting colors. If you called tput and echoed text within a shell script, you might see the colored text while the same commands (separated by bash prompts) might not behave the same way. Also, some programs (such as ls) set/reset colors. There is only one terminal's color-state to share with these different applications; terminals don't automatically switch between them.

Testing a shell script is more predictable than relying on details of your shell prompt. Here is an example

and a screenshot in xterm: 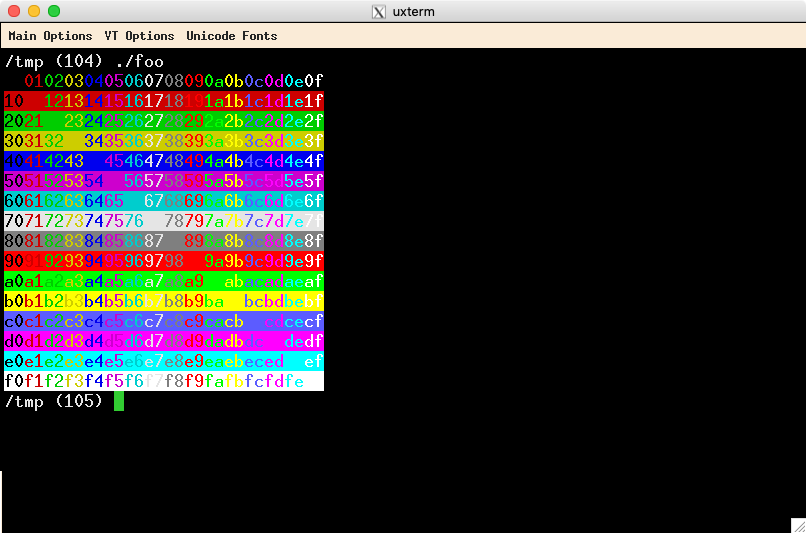 Not the answer you're looking for? Browse other questions tagged bash terminal colors or ask your own question.

13
Customizing bash shell: Bold/color the command
26
“Friendly” terminal color names in shell scripts?
5
How to change a font/background color in transparent windows?
2
How to substitute one color code for another in terminal?
2
different input color than output in terminal shell bash
0
Change default terminal color
1
red terminal font when root