I'am not new in iptables and Linux but I prefer your support before take a decision. I have a quite hard scenario in which the Linux "router" got many interfaces, routes, a VPN.

GOAL: Allow a single source IP in the same Linux "router" VLAN and subnet to access to any networks the Linux Router know and in MASQUERADE mode.

MUST NOT: alternate any connection, packet or port that doesn't match the specific source IP to avoid problems to other user/app (about the local Linux "router" because it is a jump server and web server too {the hell}.

MUST NOT allow connection from anyone except the specific source IP.

IMPORTANT this Linux "router" actually doesn't work as a router. I want to enable that function only for the specific source IP and no more. 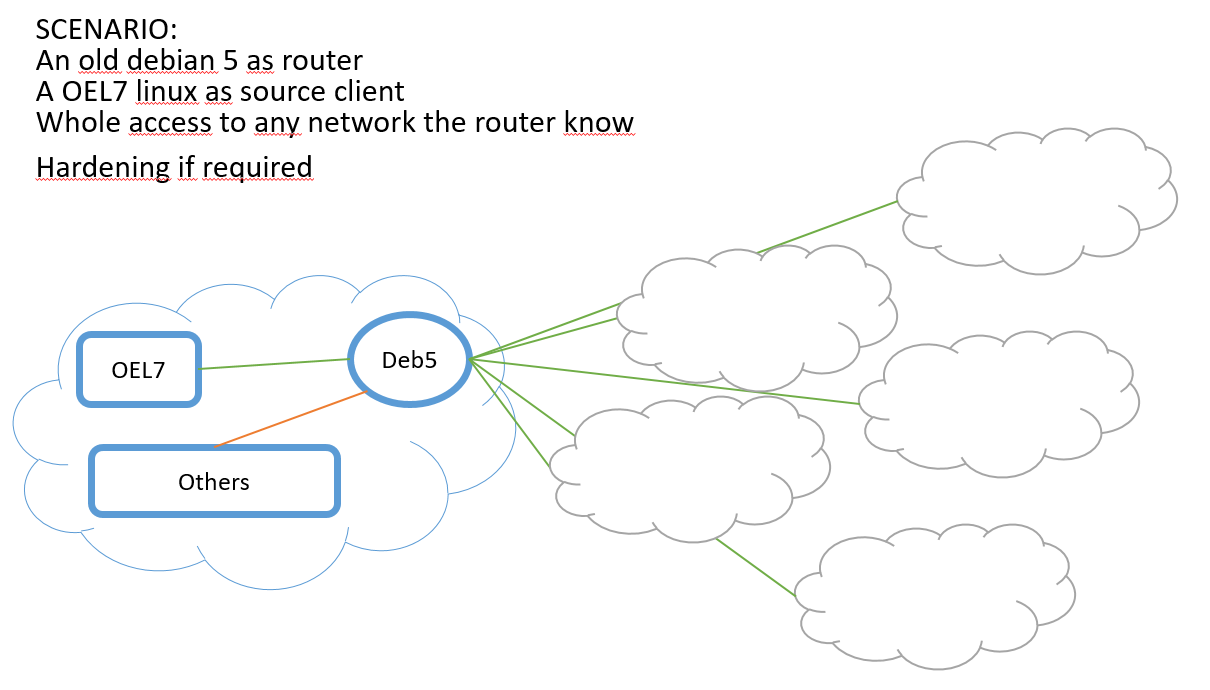 Browse other questions tagged linux networking iptables forwarding or ask your own question.

1
iptables forwarding and routing
0
iptables redirect traffic from VPN interface to next interface
12
Linux iptables ssh port forwarding (martian rejection)
1
Tunneling IPv6 traffic from SLIP in linux
2
How do packets traverse tc/netfilter physical, VLAN and bridge interfaces?
0
How to make 2 interfaces (of 2 different linux server) reachable to each other?
1
How to prevent routing between some subnets (but allow routing to others)
0
Routing and filtering on Linux
0
iptables SNAT limit to specific network
0
Two-way forwarding like bridge with iptables