I am having a trouble configuring ViM in urxvt: The lower and upper (buffer) bars are transparent. 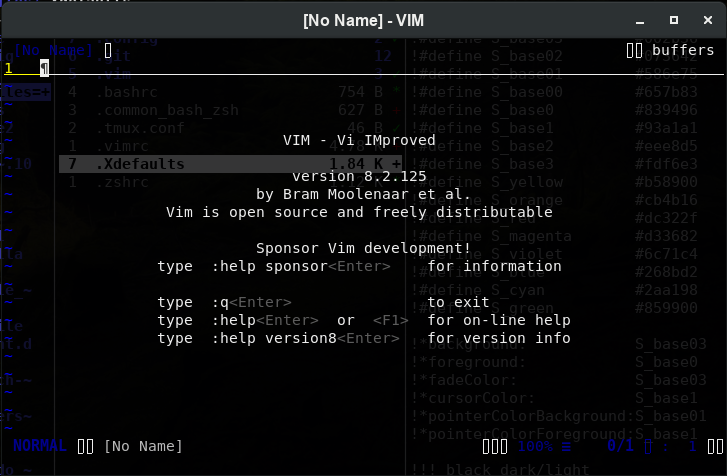 Things I have tried:

I don't care much for anything else, except for this. It is anoying not being able to see the upper and lower bars plus having a dark blue font (makes it hard to see). For the glyphs, I should probably add in my Xdefaults the correct font.

Note: I know this is a recurring problem when using urxvt, but I tried every single solution I could find.

Edit: This seems to be a problem in my URXT color support/config. I ran the perl script (contained in this post) and got this in urxvt and this in gnome-terminal.

I finally got that working:

When you use sudo yum install rxvt-unicode you are installing a version which does not support 256 colors. What I did was:

Not the answer you're looking for? Browse other questions tagged vim rxvt or ask your own question.