So I installed Pop!_OS while having Windows installed everything was working great.

The way I was choosing between the operating systems was by pressing F12 and that opens a boot menu for my laptop so there is no Grub involved I think.

The issue is that after I changed the boot order from the bios (I moved Windows 10 first) the Linux option disappear from the boot menu. Even if I tried to move the Linux back first it still won't show up :/.

So is there a way to fix this issue, other than reinstalling the Linux distribution?

Edit 1: The way I updated the boot order:

PS. Sorry for the image, I have no idea if it is possible to take a screenshot in bios :) 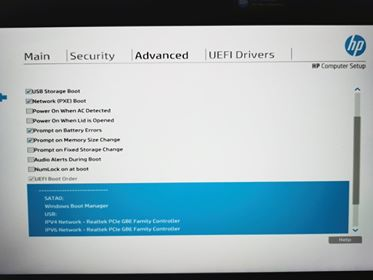