How to fix strange characters in my .txt file?

I edited a .txt file in Visual Studio on Windows and then copied that into a HPC server. The file looks fine to me at first, 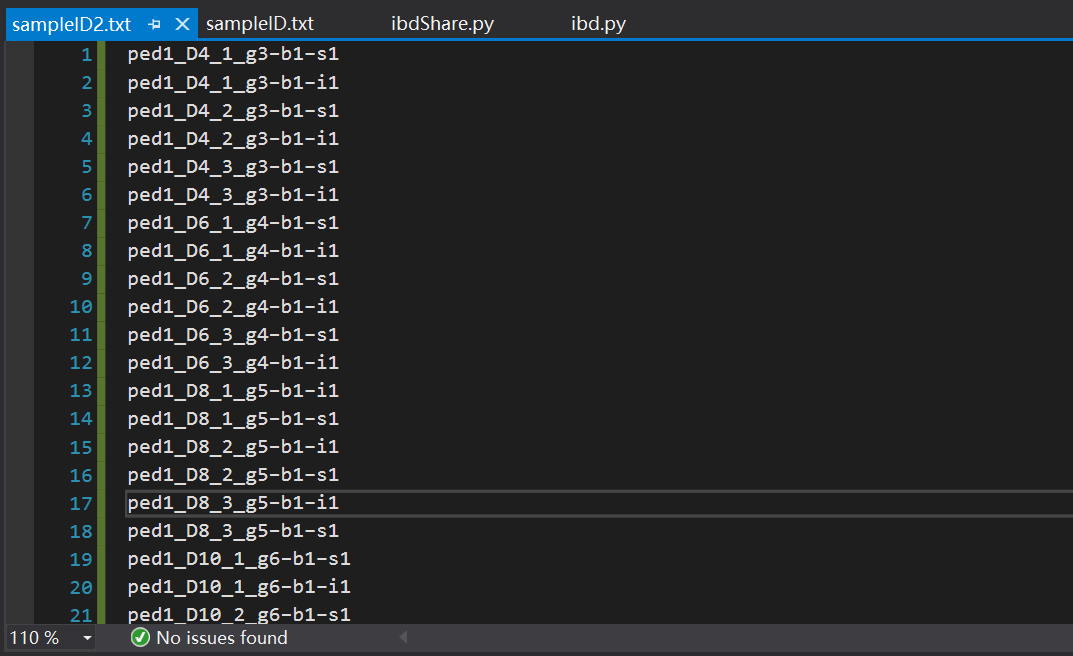 But when I opened it in the linux environment, weird characters showed up (actually, it asks me "sampleID.txt" may be a binary file. See it anyway?). I believe the character encodings are somewhat wrong, but don't know what might have caused this, because when I tried to save this file in visual studio, it told me that "some Unicode characters in this file cannot be saved in the current codepage. Do you want to resave this file as Unicode in order to maintain your data?". Does anyone have an easy way to remedify this file? Thanks a lot! 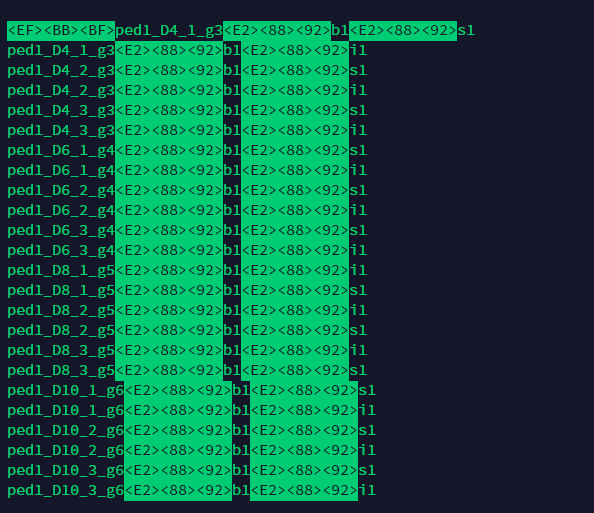 These display fine on by terminal, emacs, et al, in Debian Gnu/Linux.

You may need to set your locale properly, to get less to work.

e.g. for UK english (for US change the GBs to US. For others look the up, but ensure that they contain utf8. You should be using utf-8 for all locals these days, other encodings are old and mutually incompatible).

Your file could be reproduced in a system that use UTF-8 encoding by:

And then, yes, the command less will ask if the file is binary if the encoding is not UTF-8, which could be reproduced by:

And yes, it shows many special characters.

But that only happens in LESS, most other editors: nano, vi, emacs could open the file without being mislead by the DOS encoding.

The easiest way to remove the CARRIAGE RETURN (\r) at the end of the lines and auto remove the un-needed BOM (byte order mark) is to use dos2unix. UTF-8 is a byte oriented format, there is no need to re-order bytes, all bytes work in network order. Only in encodings with 16 or 32 bit characters could the BOM be useful.

But the real problem in your system is that it is not using the utf-8 default encoding. Most OS now-a-days use utf-8 by default. As could be shown by:

Please make sure that locale prints an encoding that has utf-8 in its name, and, if needed, make sure your console is encoding with utf-8: stty -a prints -iutf8.

Not the answer you're looking for? Browse other questions tagged linux unicode character-encoding or ask your own question.