I use the Base16 for Shells scripts to change my shell's default ANSI colors. For instance:

That script changes terminal colors from this (I'm using openSUSE Leap 15.1 with GNOME 3.26.2): 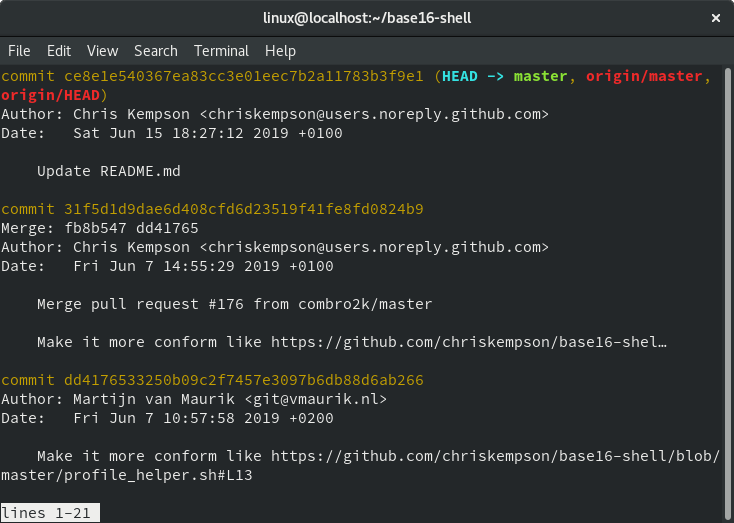 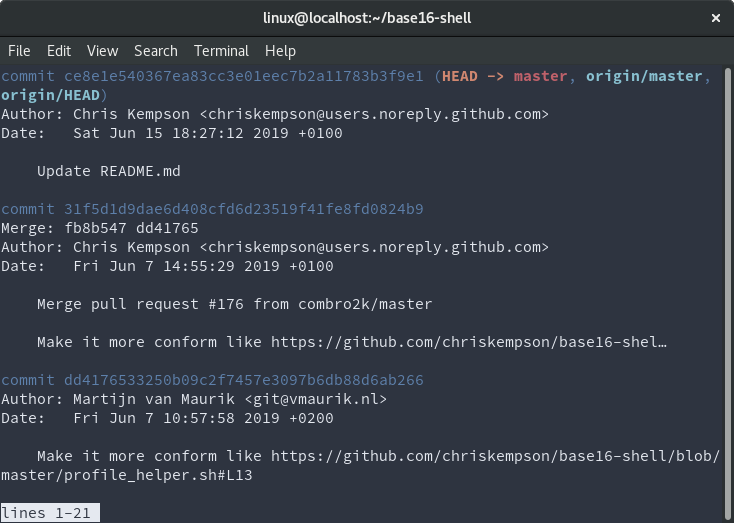 It works not only on GNOME Terminal, but also on any virtual console (e.g. tty1).

But I need to call it every time I start a new terminal window/session, or add a call for it on ~/.bashrc.

The question is: how can I apply that color theme system wide? (so that all users get the same color theme applied)

Most pages out there explain how to customize PS1 or LS_COLORS, those are not what I'm looking for. That's why I started a new question.

I found a way of applying the same Base16 Shell theme system wide (to all users). But I do believe there is a better way of doing that. Suggestions would be really appreciated.

Create the file /etc/bash.bashrc.local if necessary.

Append the following to it: 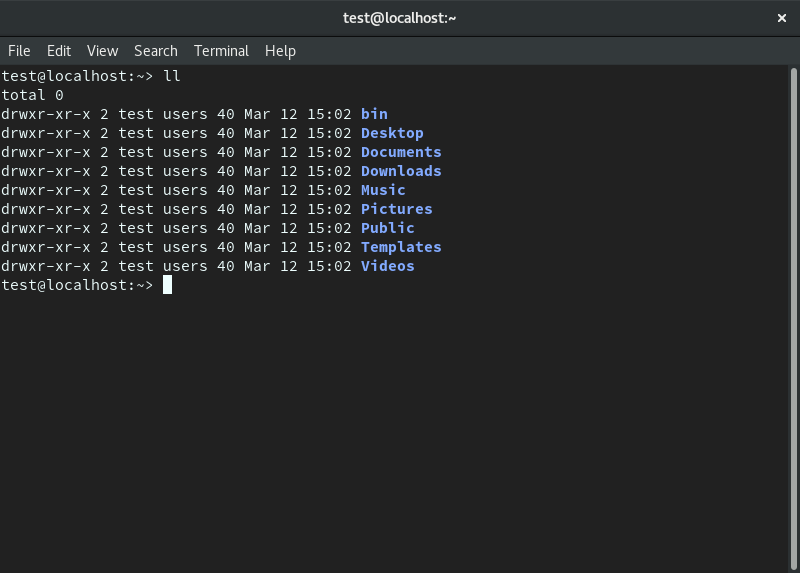 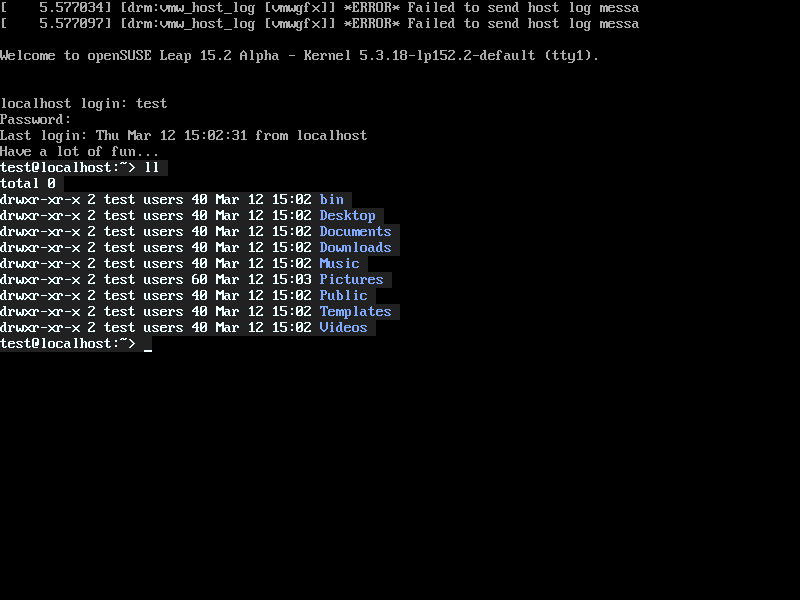 Colors are applied only after logging in, and are not applied full screen.

And everything looks fine: 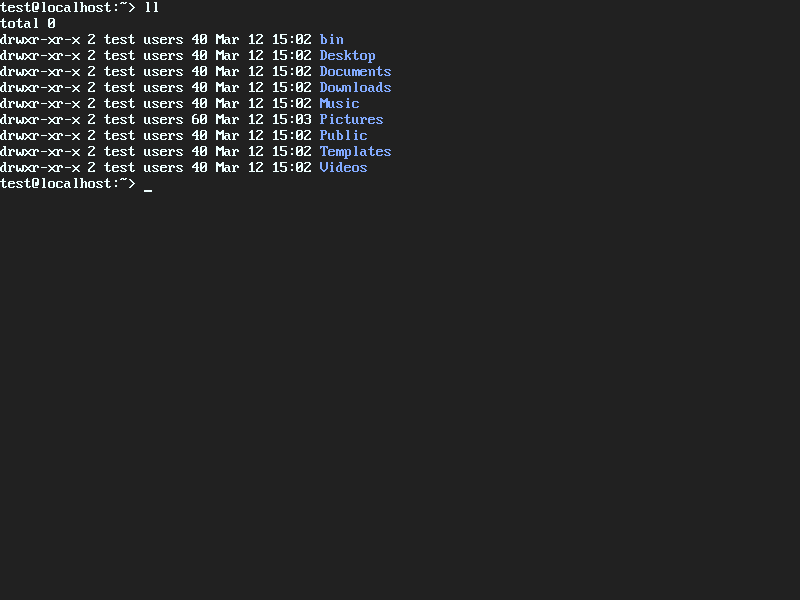 (for this screenshot, the clear command does not appear, and I ran ll again)

With another theme to make the issue more visible: 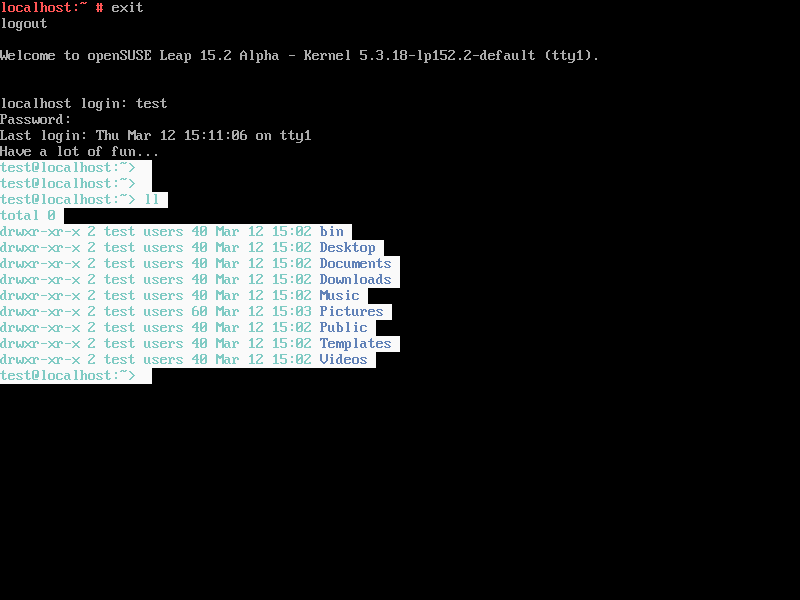 Then clear, then ll again: 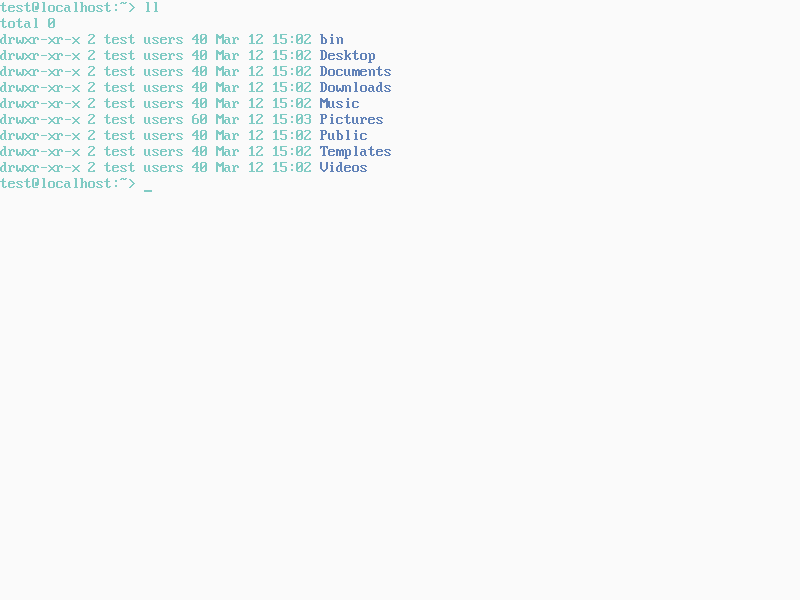 Not the answer you're looking for? Browse other questions tagged bash terminal gnome-terminal or ask your own question.

25
Can the empty spaces/background in a terminal be replaced with a random(but pretty) pattern of ASCII characters?
4
How to change font colors in terminal?
4
terminal color theory
0
Apply Colors to Terminal Output to highlight URL & Others
7
Debian - How to change Terminal background colors
2
What is switching environments on the system wide terminal called?
3
How can I get colors to show up in terminal (macOS Sierra)
1
Terminal colors look wrong when using tmux with termite