On my Pixelbook, I'm using XRDP to RD into an xorg session of XFCE. It works pretty well except that certain Linux apps called upon within the remote desktop session launch in Chrome OS (DISPLAY=:0) instead XFCE (DISPLAY=:10), affecting mainly GNOME apps but some XFCE apps as well.

My limited understanding is that Crostini forwards xwayland to sommelier, which then passes onto a Wayland server to render on Chrome OS, though I'm pretty fuzzy on the nitty gritty. Now, it appears that, when called upon within the remote desktop session, the app only passes onto Chrome OS when it fails to render in XFCE, often with at least the following error messages in common:

Example screenshots below, any suggestion appreciated. 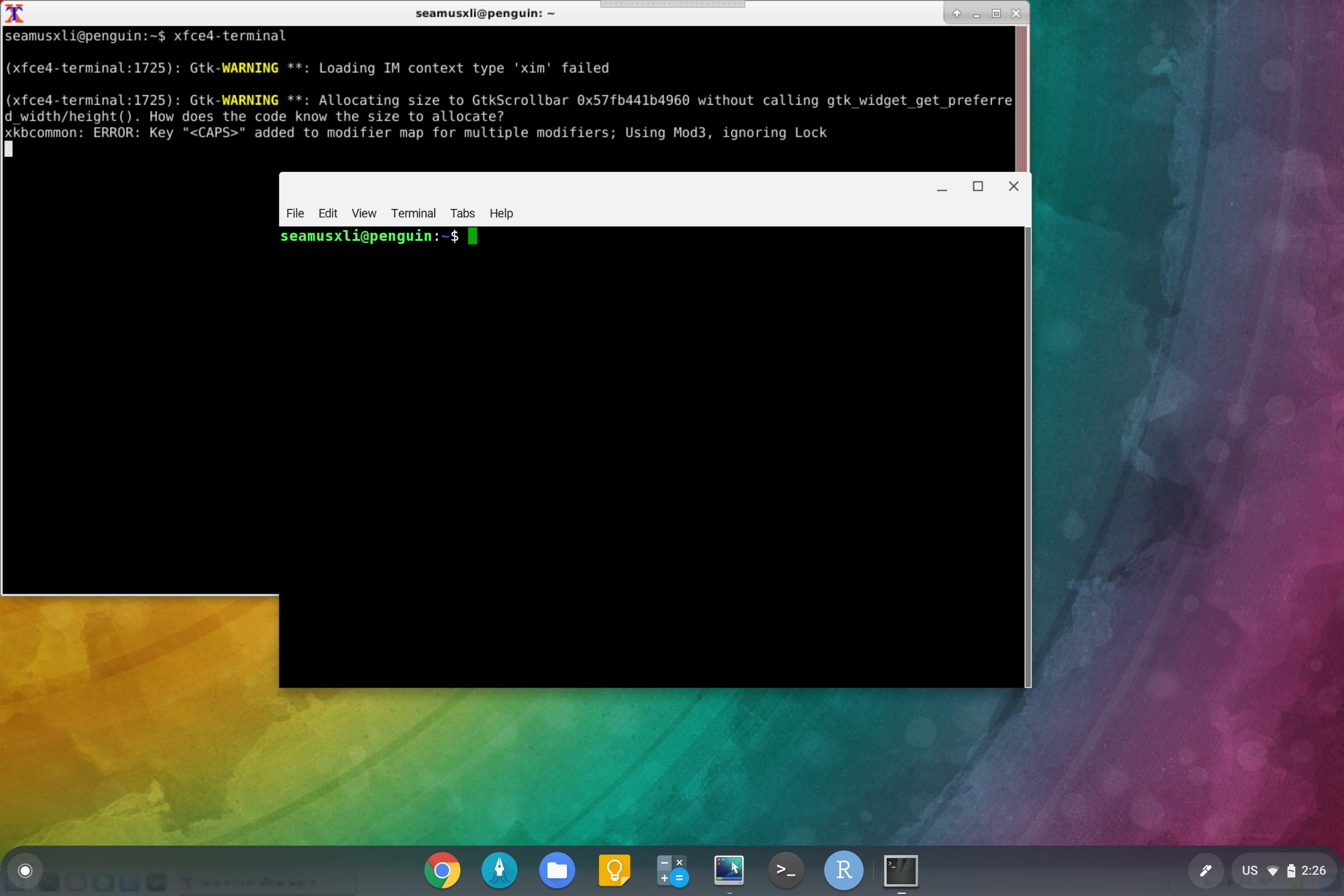 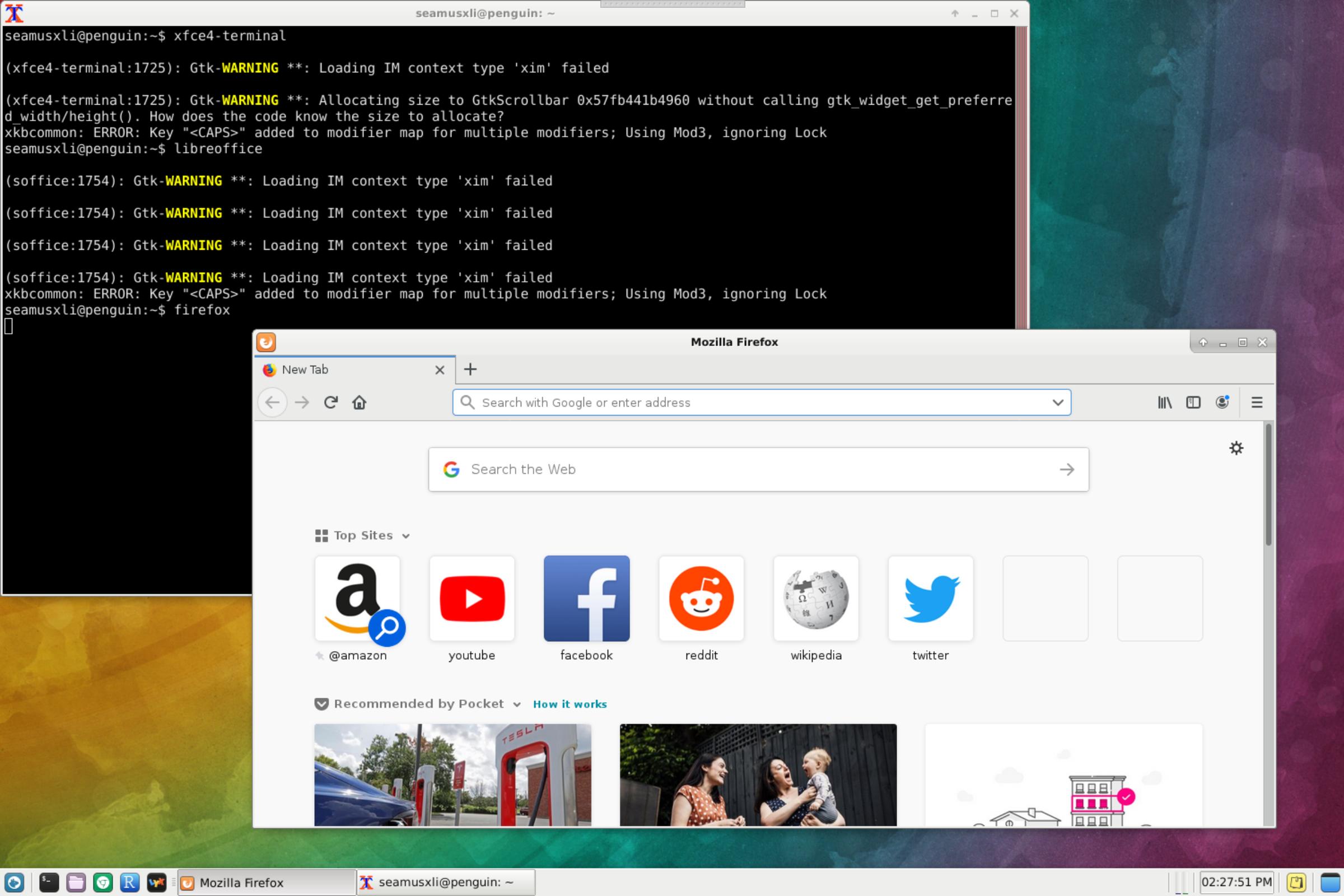 Not the answer you're looking for? Browse other questions tagged display container chrome-os xforwarding or ask your own question.