I am setting up Satnogs monitor, which needs a lot of unusual (unicode) symbols to show a world map with symbols. In order to get them, I was using a fork of yaft. On my raspberry pi, I could simply open this from a terminal, it would switch to a yaft non gui terminal, and then I could run it. However, I am setting it up on another raspberry pi and symbols are not working. Instead of trying to find the underlying issue I want to just use another terminal that works (konsole works on my main machine but that requires installing all of KDE). Are there any I can start from the command line and use without a window manager, and that support all symbols?

I've actually tried satnogs-monitor on Xubuntu, and XTerm does support all the symbols required to show a decent image. So just make sure you have xterm command available, and try running it like xterm -geometry WIDTHxHEIGHT, where WIDTH and HEIGHT are your screen resolution dimensions. From the window that appears, run satnogs-monitor as you would usually do.

Here's the command I tried when testing fully DE-less X11 session on Xubuntu 19.04 in QEMU (after having stopped the lightdm service):

Typing satnogs-monitor -s 175 in the terminal here gives me the following result: 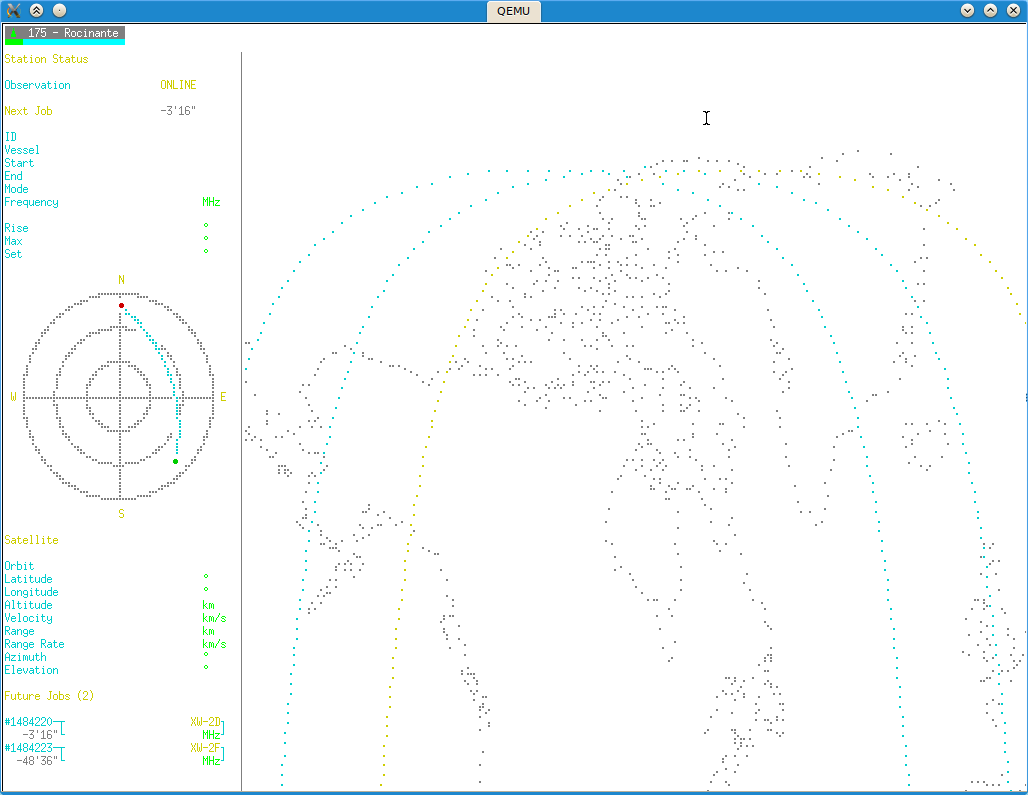 You'll just have to set it up to have black background and white foreground instead of the default colors. Namely, I have put the following into ~/.Xdefaults:

Now the result is 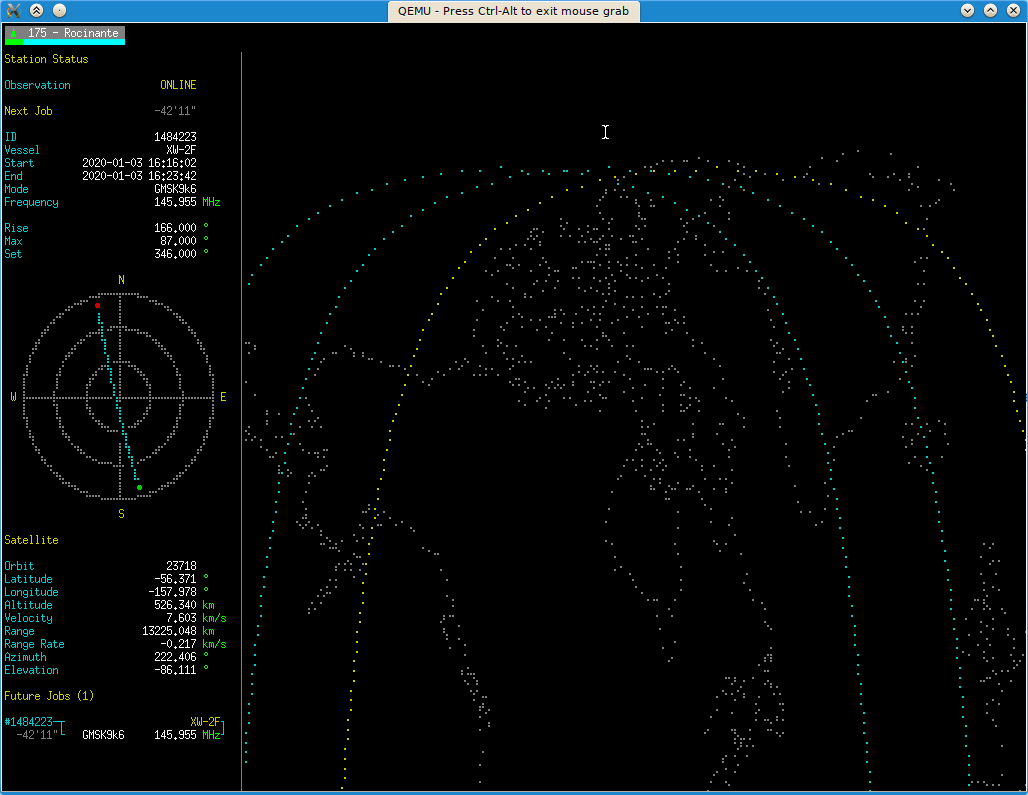 While not exactly what you're asking for, you could run a simple window manager like i3 then fullscreen a terminal emulator like st or xterm. This saves you installing an entire desktop environment and will be nice and light weight.

You can configure i3 to start a terminal in full screen or use dmenu to launch a program.

Not the answer you're looking for? Browse other questions tagged debian terminal raspberry-pi terminal-emulator or ask your own question.

29
How to use /dev/fb0 as a console from userspace, or output text to it
4
How make console to support chinese in CentOS 7?

2
Preventing LyX from getting a SIGHUP and closing when the terminal window is closed
3
Missing unicode characters
0
Terminal emulator for Android that supports viewing images?
7
How to change the window manager on a Raspberry Pi?
0
Terminal emulator for Debian Xfce that will accept $TERM=linux, just like login console tty uses?
0
Qubes/Xen OS: access file manager for dom0
2
How do I tell KDE Konsole to open with a specified geometry and window title?
3
Is there a way to make vim run the "make" command in another terminal window?
1
Set window title to arbitrary sequence of characters in the st terminal emulator