How can I programmatically get this layout in tmux?

I spent quite a bit of time messing around with tmux recently, and cannnot figure out what I am doing wrong. It seems to me that some layouts are simply not allowed. There is no error or warning thrown, but it seems my requests are simply ignored. Here is my goal: 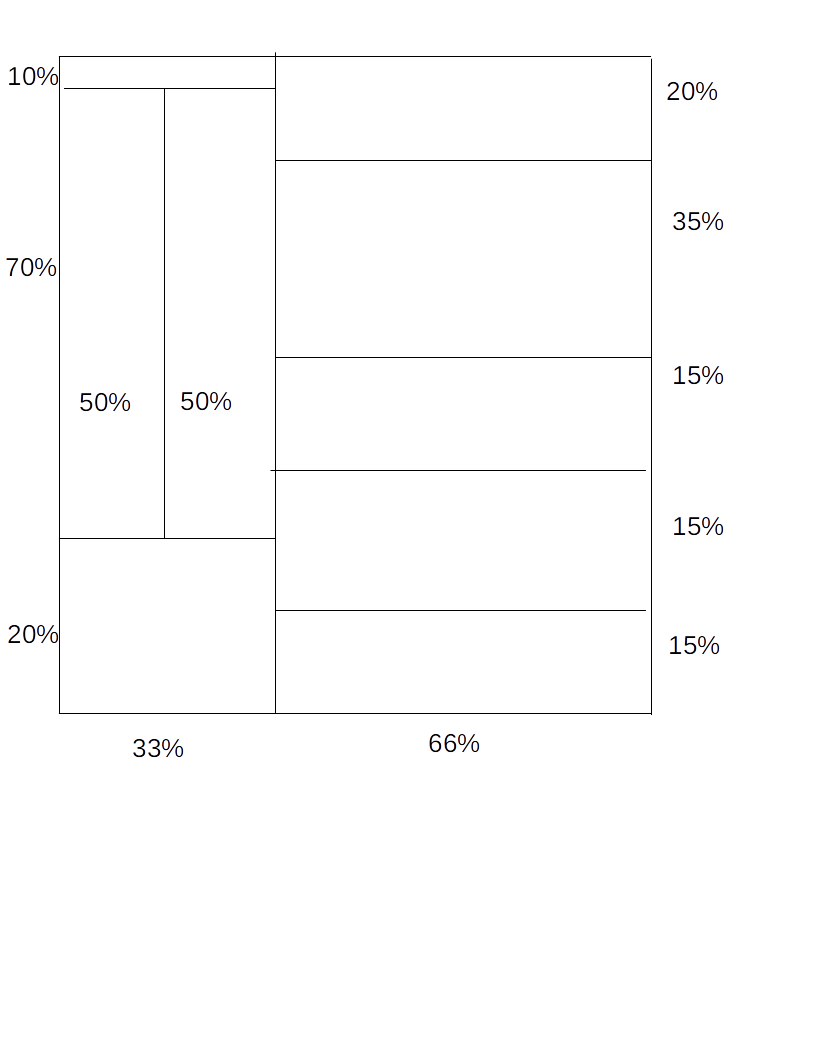 Here is what I have been able to achieve: 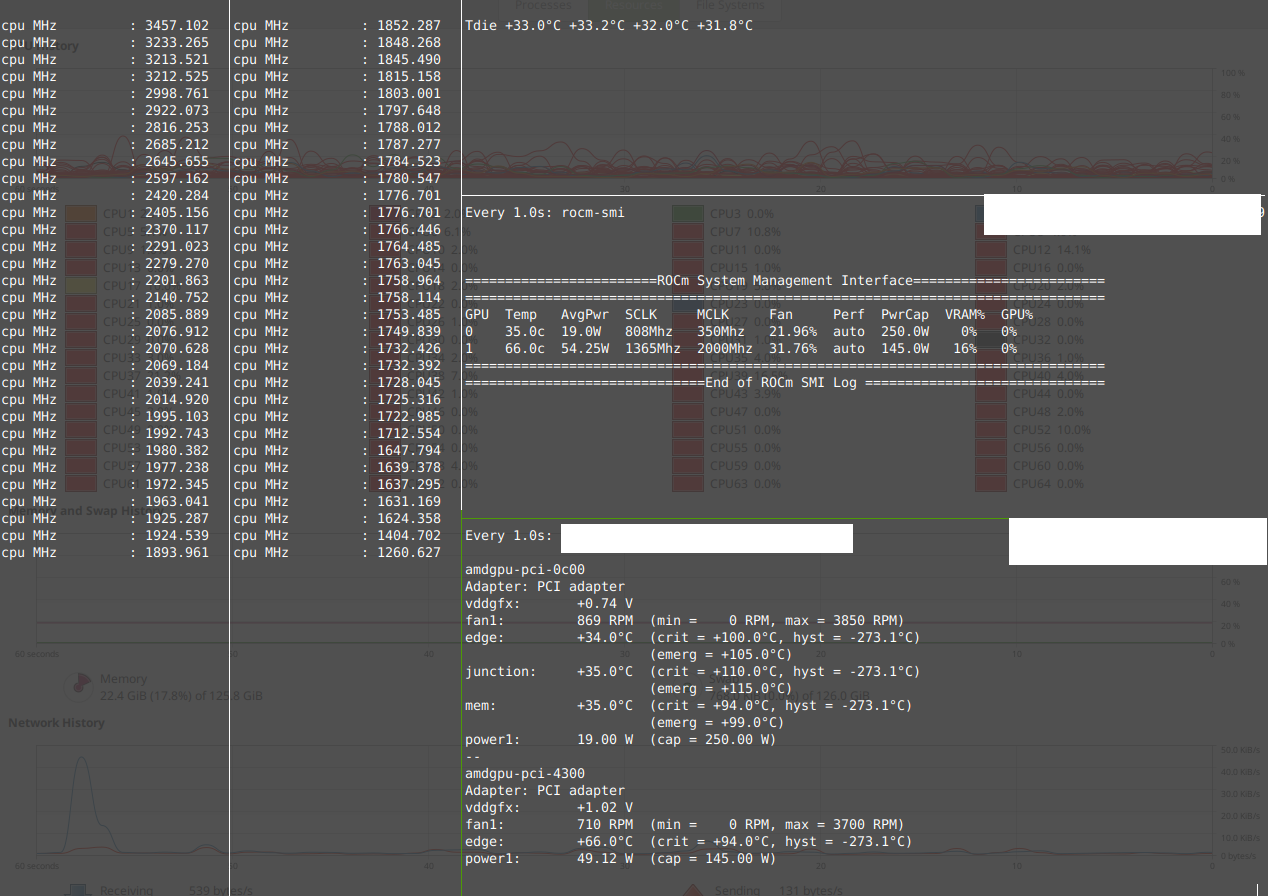 And here is the shell script I got working:

Edit: Here are my results for the solution of @KamilMaciorowski: 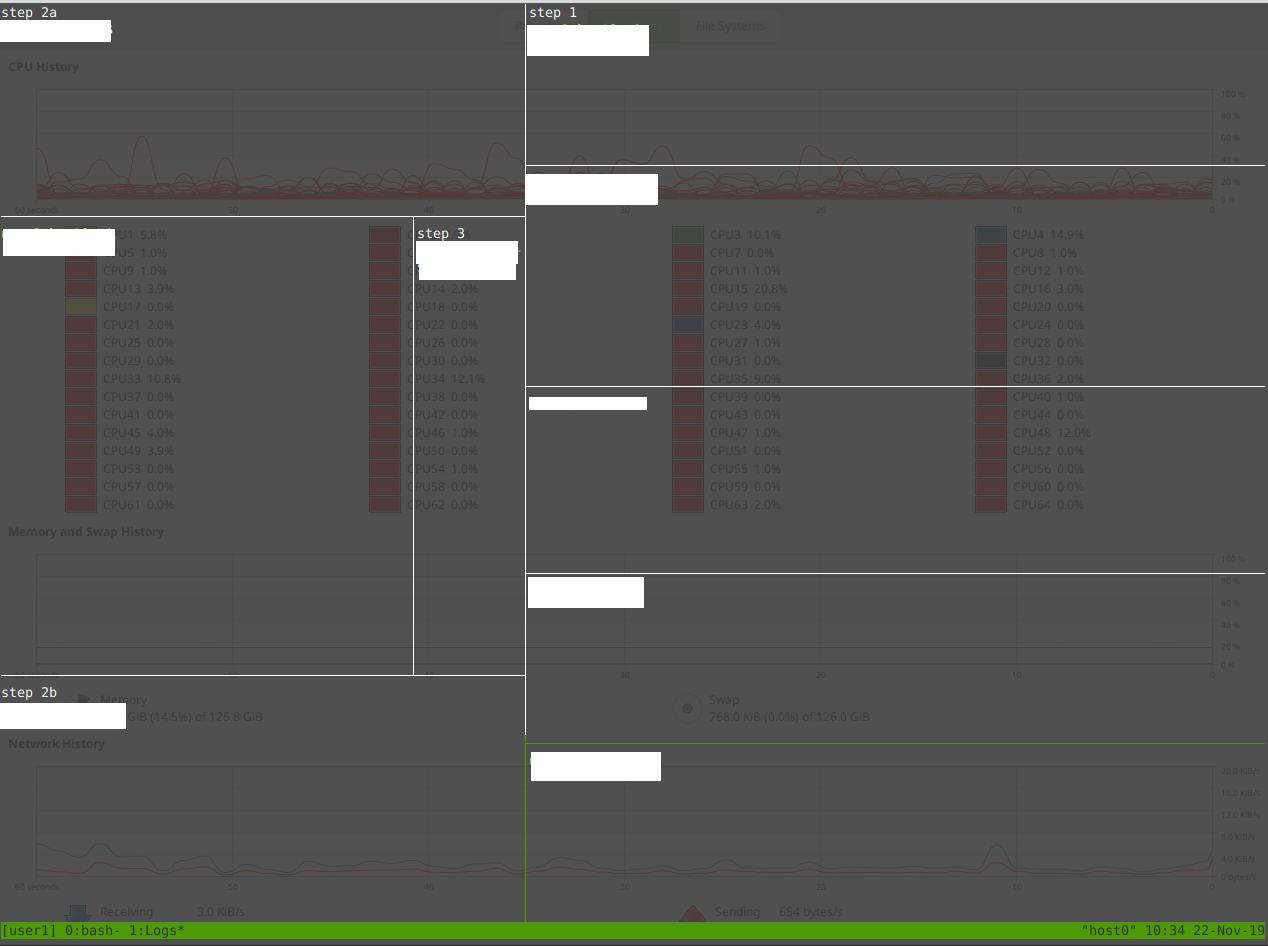 You can see it is the correct number of windows but the relative sizes are still off.

it seems my requests are simply ignored

It seems to me that some layouts are simply not allowed.

If your goal is to work with the layout you already have and get to the desired layout by doing something more after, then it will be difficult because you cannot easily get the desired top-right or the bottom-right pane after the whole left "33%" column is split to two "50%" panes. You need to split in a different order.

One way to learn what the order may be is to draw the layout on a piece of paper and cut it with scissors with straight cuts that go through, so each cut divides the current piece into two smaller ones. Or imagine breaking a chocolate bar.

A possible scheme for your desired layout is like this:

The numbers indicate in what order you need to cut. The cut marked with # represents multiple cuts in the right column, you can make them in any order after 1, before or after 2 or 3. These # cuts are not important to the issue. The important thing is you need to make the two 2 cuts (in any order) after 1 and before 3. Your script performs the 3 cut without making 2 and then there is no straightforward way to get what you want.

There is split-window -f, it creates a new pane spanning the full window height or full window width, instead of splitting a single pane. While it brings some flexibility and allows creating panes in yet different order, it won't help you get the desired layout from your achieved layout; nor it will make more layouts possible.

For comparison, this is a truly impossible layout, I think:

In reality you can cut it with scissors but not with tmux, because at least the first cut with scissors needs to bend to create two separate pieces of paper. An example first cut is drawn with # characters. You can interpret it as two cuts that are not "through", so for tmux this interpretation changes nothing, it's still impossible.

This is an example script that works for me in tmux 2.3. Remarks and improvements are listed as notes below the code; please read them before you run the script.

I would make the left first then the right, splitting each time by the proportion of the pane you want:

I just added one split-window at a time and looked at the result to see what pane was the current pane and how I needed to split next.

Not the answer you're looking for? Browse other questions tagged shell-script tmux or ask your own question.

345
Why does my shell script choke on whitespace or other special characters?
178
Are there naming conventions for variables in shell scripts?

13
Get TMux scroll buffer contents
1
How can I get a tmux session menu from outside a tmux session?
3
TMux: how to flip pane layout horizontally / vertically
0
How to create a new tmux window with same pane layout?
0
How can I get "tmux choose-tree" to highlight in a monochrome terminal?
0
How this code can get shorter?