Which hardware is used by buffer

I know that the cache is used to store data so that future requests for that data can be served faster. Normally we have three level cache: L1, L2 and L3 in the current computer architecture. We can see the cache hardware. 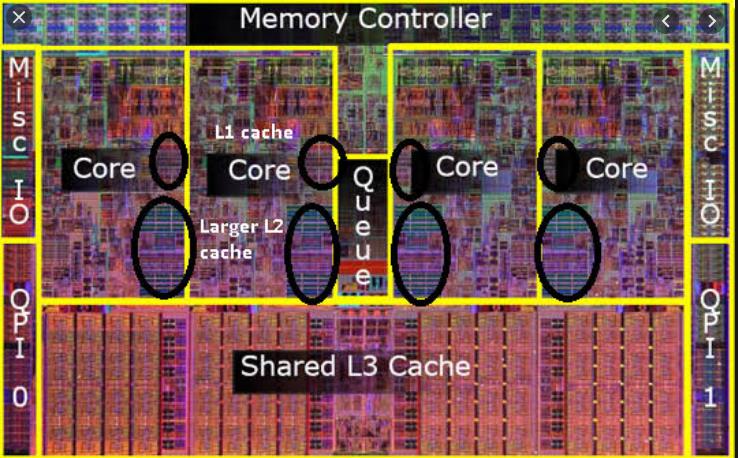 Also, I've heard about the buffer, which is used to arrange the IO stream. But I don't know which hardware is used by the buffer. Is it simply the memory?

For example, in Linux system, free -m can show me the usage of cache/buff:

You're confusing two concepts here. The L1/2/3 caches are managed by the processor (that is, the hardware and its firmware/microcode) itself, the kernel (usually) has no control over them. The cache and buffer that free is referring to are managed by the kernel, and are located in RAM. However parts of it may be found in the processor caches, but that doesn't matter for the OS functionality.

Not the answer you're looking for? Browse other questions tagged memory cache buffer free or ask your own question.

8
htop reporting much higher memory usage than free or top
6
How and where is file system meta data cached in Linux
3
How to identify cause of large buffer memory usage?
25
Restrict size of buffer cache in Linux
2
Does Linux Cache Hardware Info?
3
What are the list of different type of caches in Linux file systems?
1
What are two caveats of line buffering in Unix?
4
How does Linux make sure to reclaim useless “buffers”, from caching the ext4 journal writes, before anything else (e.g. before swapping at all)