This is the first time I've tried to install a dual boot Linux partition on a UEFI enabled machine, but I'm not even sure this is a UEFI problem.

The machine is an HP Z Book G5.

I created a Into 18.04.3LTS 64bit install USB stick with UUI and booted into Live Ubuntu no problem from it just to make sure Ubuntu ran OK.

I then choose the 'Install' option within the live running Ubuntu for no other reason than it saved a reboot.

I went through the initial choices including setting up the partitions as I wanted and choosing where to install grub and all looked ok.

I was also given the option of installing 3rd party drivers and had to select a secure boot (?) password to be able to install these.

Everything looked good and so I clicked to start the installation.

After literally a few seconds of the install running I got a message to say that the install had failed because it couldn't copy files off the disc. This was before any reboot or anything.

I rebooted and the USB install stick want recognised as bootable.

I recreated the install USB with UUI but it still wouldn't boot. Oddly at this point that stick wouldn't boot in another, much older (is non UEFI) machine either.

I created a new install USB on a new stick with UUI and the Z book wouldn't boot from that either.

I tried creating the boot stock with Rufus and eventually got a stick that would not ok on the other machine, but on the Z book it tries to bit of the stock but I get a message from the Linux boot loader that 'a serious problem occurred'. 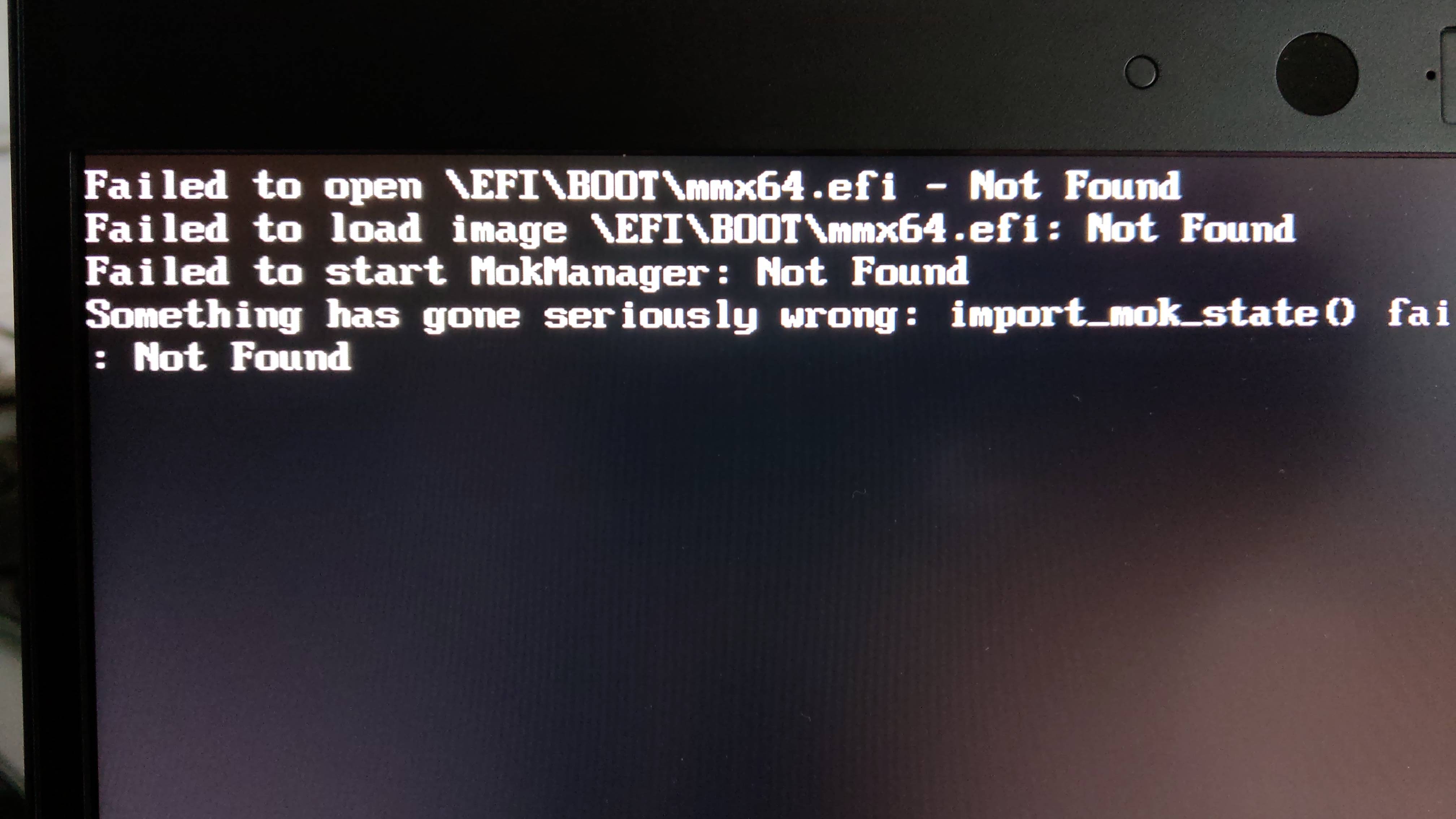 This question has already been answered a few time over on AskUbuntu - it seems it's an issue with Ubuntu installs and UEFI.

This solution worked a charm for me, but note that you do have to complete the MOX bit on reboot if you choose to install third party drivers even after the installation completes.

Not the answer you're looking for? Browse other questions tagged linux ubuntu windows uefi or ask your own question.

2
GRUB-EFI installation fails while installing Kali Linux in external hard disk
1
Blue gradient line on top and bottom instead of Ubuntu-USB-Grub-Screen
1
Installing Linux on acer travelmate 8573TG
1
Problem booting Ubuntu (or any OS), even after doing clean installs
0
Not able to install mint with UEFI
2
Convert a Ubuntu BIOS install to EFI/UEFI in USB stick
2
Dual boot Ubuntu with Windows 10 on UEFI mode
0
Installing a Dual boot on MSI Motherboard with GPT disk