After going from release to release of Fedora for a couple years, I noticed a problem recently on my laptop. When I switch to "Adwaita-Dark" in the "Appearance" menu in Xfce, things change to dark mode, but things like the decorator and the panel stay light: 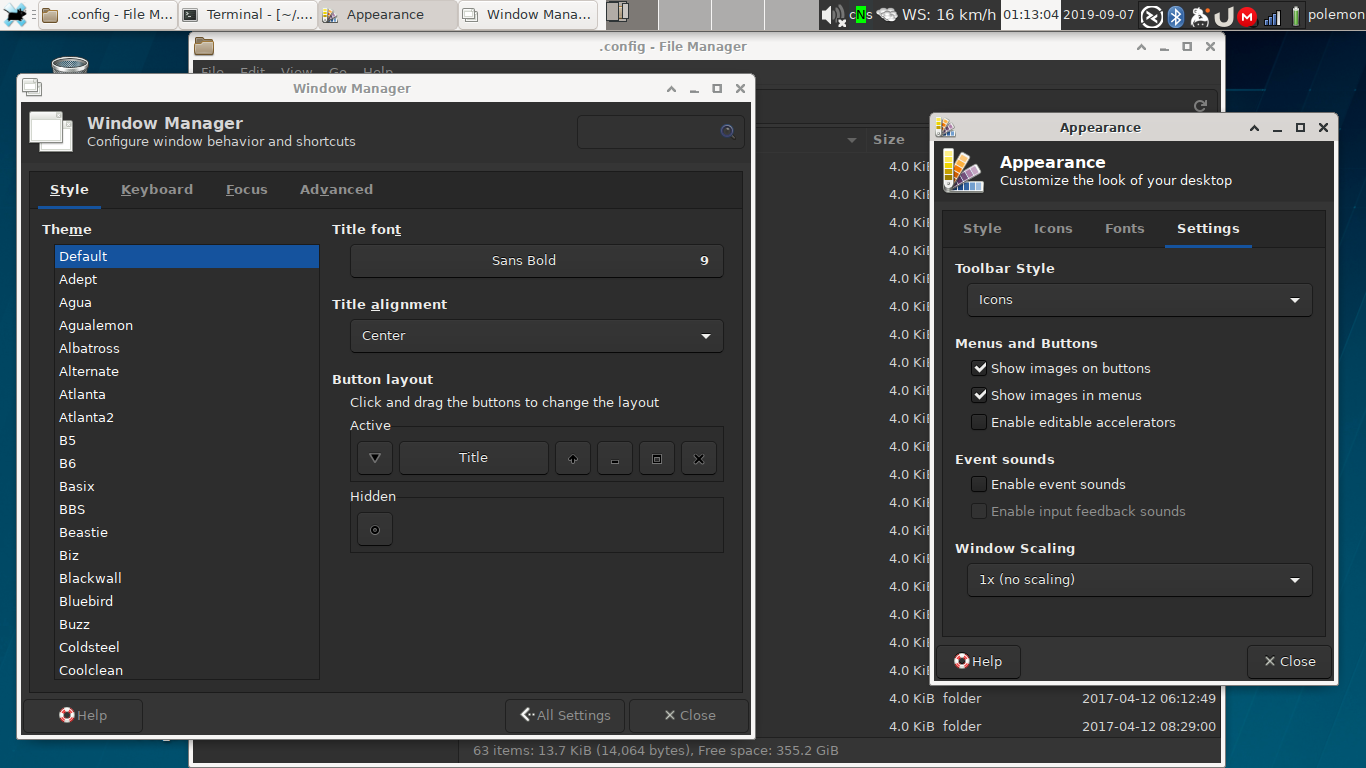 I was upgrading from release to release of fedora for many years on my desktop PC and there the problem doesn't exist, so I assume it's not a bug per-se, rather it is some stuck or weird configuration issue, but I can't figure out where to look.

As you can see in the picture, the Window Manager theme is set to "Default", which is the only one I use.

Is there any way to (gracefully) reset this? Is there perhaps some message passing issue?

Perhaps some pointers where the settings are saved to, so I can see whether this is a permissions issue?

I've deleted ~/.config/dconf/user, this made the panel honor theme settings again, so I guess it's a partial success.

I've also deleted ~/.config/xfce4/xfconf/xfce-perchannel-xml/*.xml, this reset most of my settings, but it didn't change the behavior of the decorations back to normal. The decorations are still stuck at Adwaita.

Browse other questions tagged fedora xfce theme or ask your own question.

1
How do I configure themes in XFCE?