I have a notebook which has two drives: one is an SSD and the other is an HDD. It also currently has both Windows 10 (SSD) and Windows 7 (HDD): I want to remove Windows 7 and install Debian 10. As I'd like it to boot fast, it would be a great idea to put all the system files required for boot in the SSD and the other files in the HDD (as the SSD has not got so much space (~20 GB left)). So I thought to set up Debian installation in this way:

The problem is that, by looking in the Disk Management tool in Windows (screenshot below: the HDD is HITACHI and the SSD is KINGSTON: please note that the HDD begins with an EFI partition), the SSD and the HDD use two different partition tables: the former uses MBR and the latter uses GPT. I must admit that I don't know well the difference between EFI/UEFI and legacy systems and I don't know how to specify to the debian installer which one to use. Could you please tell me whether the aforementioned partition scheme would work and if I need to take some precautions regarding the GPT/MBR and the UEFI/EFI/BIOS problem? 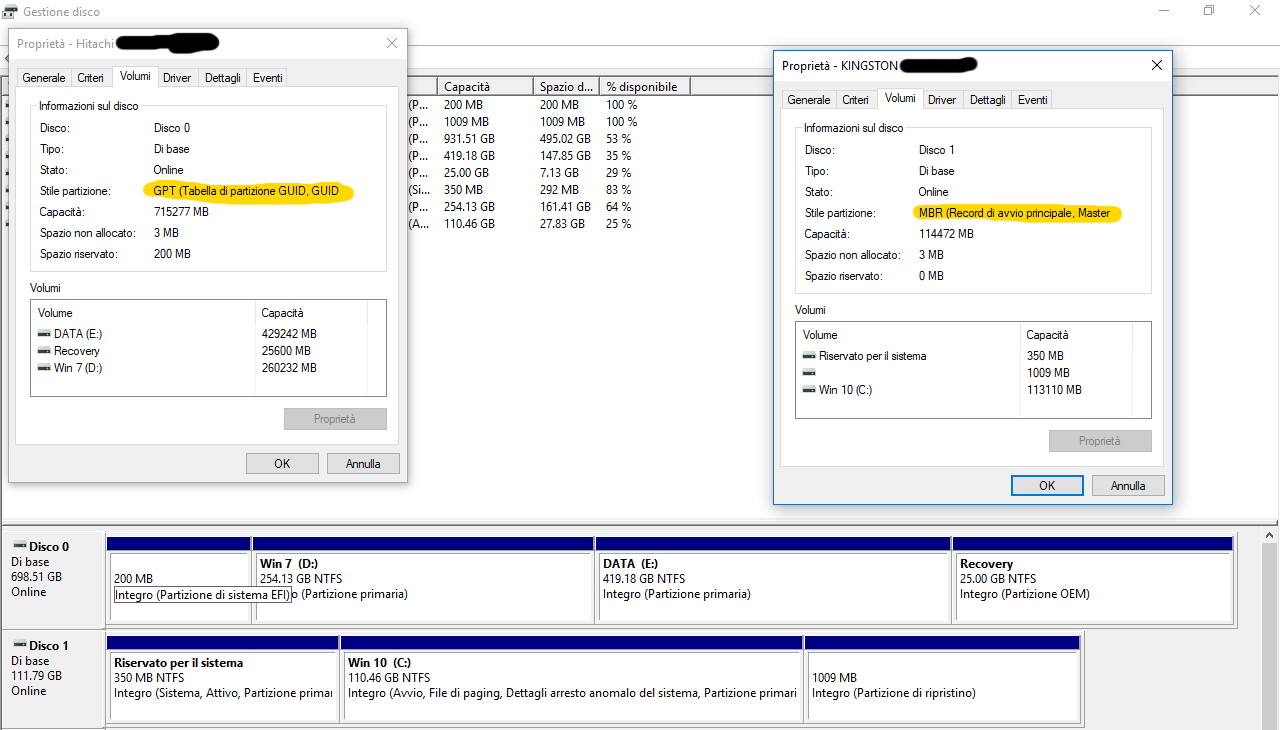 1
Recover Windows partition in a GPT disk (previously MBR)
5
Transforming a disk from MBR to GPT
5
Creating EFI bootable GPT partition with gdisk on previous MBR, GPT Damaged
0
Arch Linux and Windows 10 dual boot
3
Converting MBR to GPT because of dual-boot
3
Why is GPT recommended for UEFI
0
Debian unbootable for MBR and grub-efi
1
Installation and booting scenarios for combinations of boot sector (GPT or MBR), firmware (BIOS or UEFI)?