Is there a minimum requirement for Plasma Desktop?

I wanted to run Arch linux and Plasma Desktop on a 15 year old PC. It's Intel DG31PR, built in VGA, Intel Dual Core Processor and 4GB RAM. Arch gets installed and GNOME desktop works without any issue on that BUT Plasma Desktop isn't working! I left it for half an hour to see the sddm breeze login screen BUT it didn't show up!

Is there any way to make plasma desktop run on it?

Kubuntu 18.04 live usb works on that system with both 1280x1024 and 1366x768 monitors! I'd choppy font issue on 1366x768 SyncMaster with Arch and Plasma Desktop 5.16.4 on another AMD Quad Core with ATI Radeon 3000 BUT on Kubuntu fonts are alright on this system on this resolution, it's using Plasma version 5.12.8. Here's a few information about the system from Kubuntu live usb: 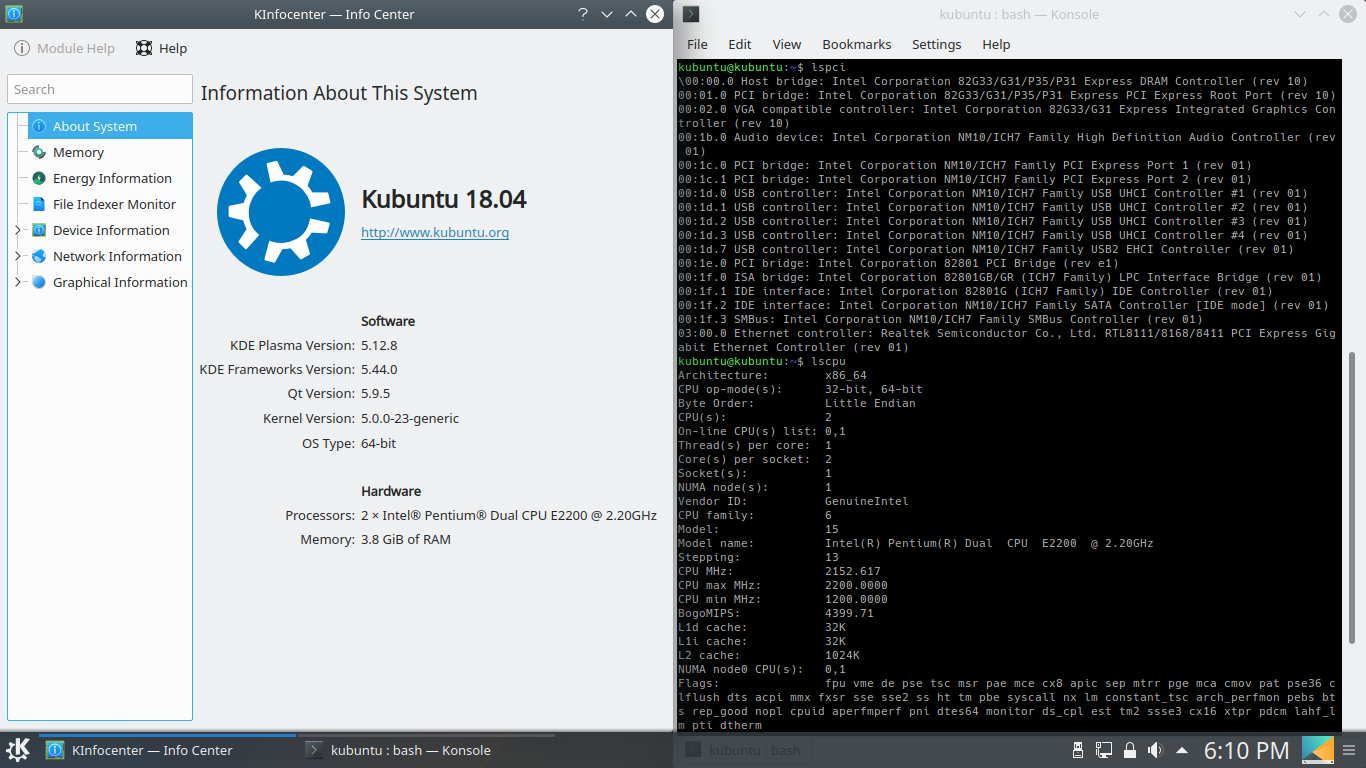 It must be a problem specific to KDE neon and Arch, Void Linux works on this system with Plasma version 5.16.4: 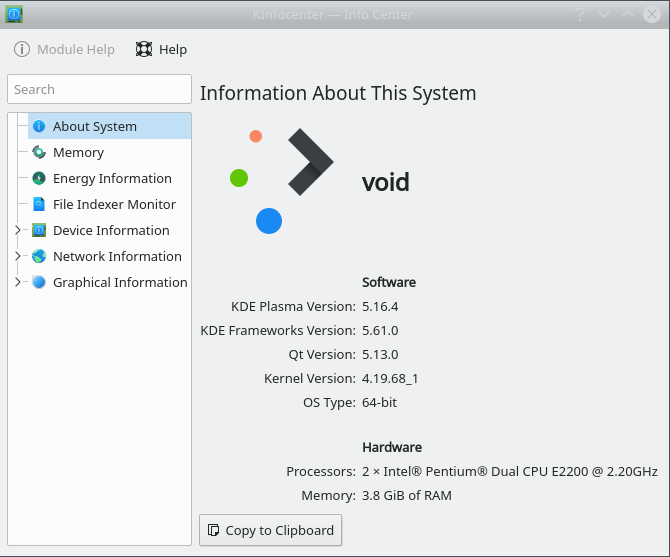 BUT it's an issue with OpenGL: 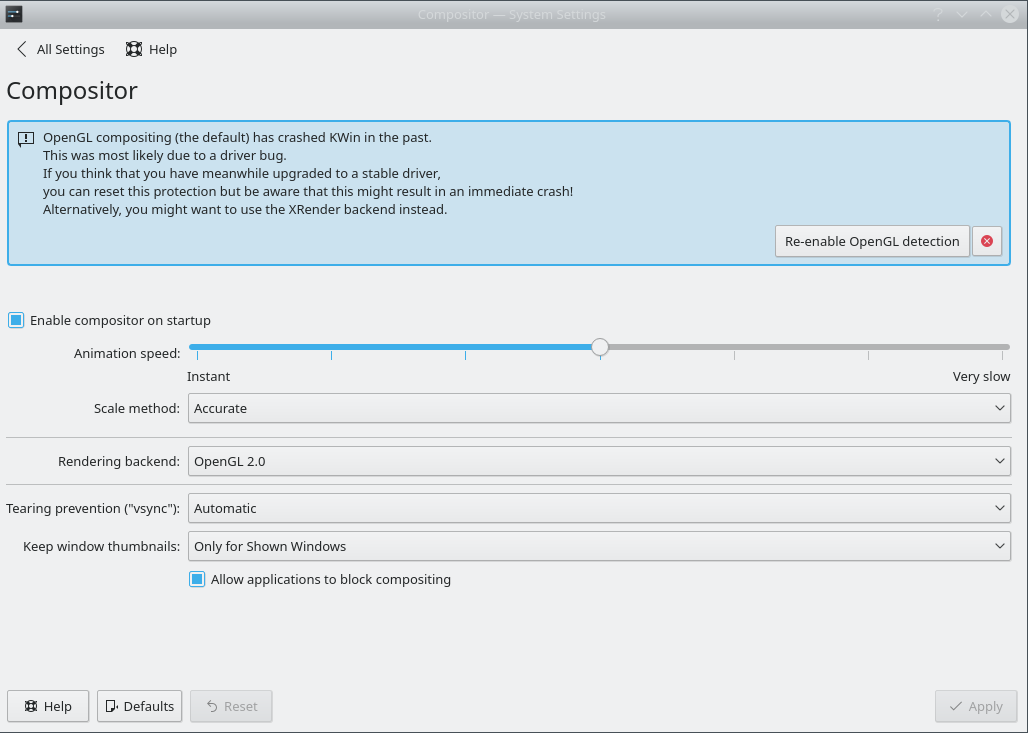 and Animations (in Desktop Behavior) don't work even if I click Re-enable OpenGL detection! Here's the information related to graphics:

Can this OpenGL issue be fixed on void?

Sure, that is not exactly what you're looking for, but I bet this should give you an idea. Your PC should satisfy Plasma. There might be some other issues that you have to address.

UPD: 64bit CPU is not a requirement for KDE Plasma, it will work fine on 32bit CPU as well. These minimum requirements listed for Kubuntu and Neon are higher than KDE actually needs.

3
What are the system requirements for KDE?