I own an HP gaming laptop, to be precise, version 15-cx0xxx or some such. I ran Ubuntu 19.04 previously without any error. I wanted to check out elementary OS Juno. I downloaded the official iso and flashed it to my pen drive using rufus. I tried every option at hand including bad block check for the pen drive as well as enabling legacy support. Somehow the boot can't proceed. I am attaching the error verbose at boot. Can anyone help? 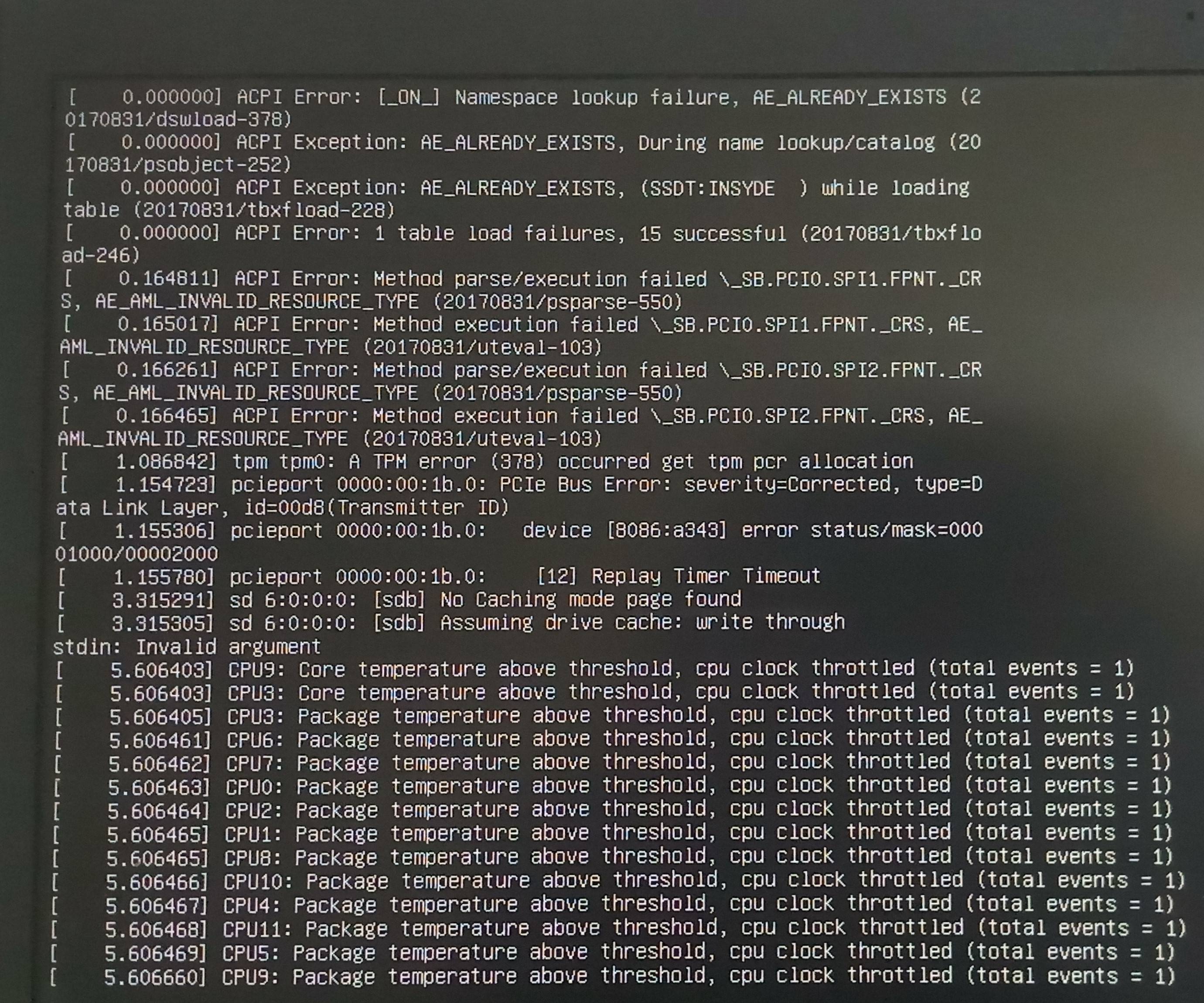 I just realized that I don't understand the timeline and the kernel output. Does it show only errors, and sdb?

The "noacpi" would be added to the kernel command line, in the bootloader. Normally you can modify the default line.

And then: even if this noacpi option works, normally one would want to use it.

I sometimes had a similar effect after booting: a couple of messages and when you go [Enter] the login appears... But your system is dead? Alt-F1 etc. do not work???

Why rufus? elementary clearly says: you need unetbootin. And then "follow the instructions" (after the splash screen).